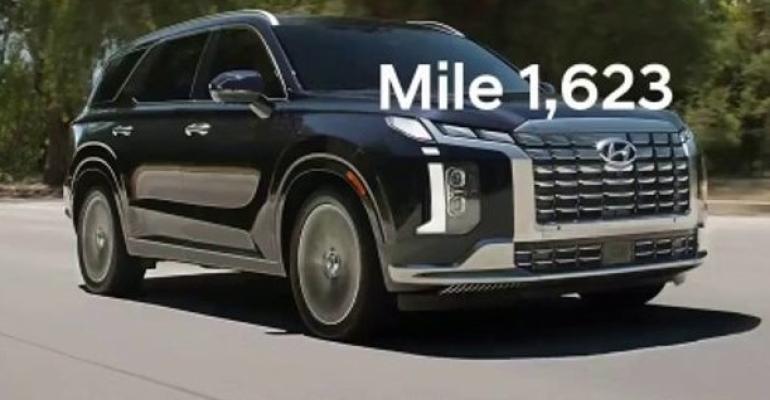 NFL and MLB programming elevated the Hyundai Palisade ad, according to iSpot.tv.

Football season may not have started yet, but even NFL programming such as last Thursday’s Hall of Fame Game can still make a difference with auto ads, according to iSpot.tv.

Hyundai’s decision to place its Palisade-focused “County Fair” ad in the game proved this. The game not only generated the most impressions for the automaker’s ad, but the total was more than any other program delivered for any other ad in this week’s list.

Hyundai added MLB games, which together with the NFL helped the automaker score the most-viewed ad for the week.

Nissan also leveraged MLB games for its No.3 debut but leaned mostly on America’s Got Talent. Coming in a close second was Chevrolet’s “Muddy,” which turned to syndicated shows instead, including Two and a Half Men, NCIS and The Big Bang Theory.

New-to-the-ranking ads from Jeep and Cadillac scored big with iSpot’s Ace Metrix survey. Respondents gave Jeep’s “Reservations” ad the best Persuasion Score on the list, with a rating 11.2% above industry norms. Cadillac, meanwhile, made its mark with the music in “Colors of Emotion: RED.” Typically an afterthought, music was named the “single best thing” about the spot by 19% of Ace survey respondents – over 100% above industry norms.