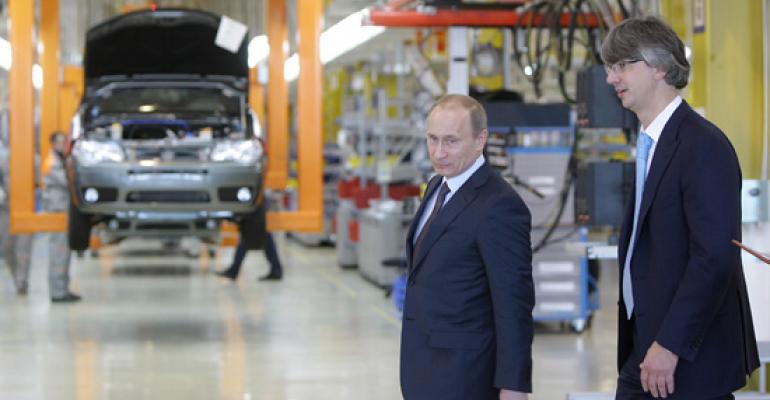 Sanctions may curtail U.S. imports of equipment and machinery used in the manufacture of auto parts. In that case, Russian automakers likely would obtain similar equipment from the European Union and China, analysts say.

Government and industry experts are downplaying the threat to Russian automotive production from additional economic sanctions from the West.

The Russian government has begun designing measures aimed at minimizing any new sanctions’ effect on the domestic automotive industry – specifically, reducing dependence on imports of parts.

The U.S. and its allies have vowed to impose additional sanctions on Russia if it invades Ukraine.

Representatives of the Russian Ministry of Industry and Trade – a state agency responsible for the development of the country’s automotive industry – remain optimistic, believing in the ability of domestic manufacturers and global automakers operating in the country to withstand Western sanctions. That stems mainly from a significant expansion of local production of auto parts and components in recent years.

Denis Manturov, Minister of Industry and Trade, said in a recent speech to the State Duma, the lower house of the Russian Parliament that the existing state program, known as “Development of the Automotive Industry,” has pushed local content in the auto industry to  67% and as high as 75% for some models.

“The share of domestic automakers in 2021 reached 76% in volume and 83% in value terms,” he said. “In order to have complete independence from imports in the segment of auto parts, “we have launched a program of the Industrial Development Fund which involves the provision of soft loans to domestic manufacturers of automotive components with the aim of the further establishment of production.”

Russian automakers already have been dealing with Western sanctions. GAZ Group came under U.S. sanctions in April 2018, but the Treasury Dept. regularly postponed their effective date. Although the actual imposition of sanctions has been delayed, the company has faced difficulties with some of its foreign partners. 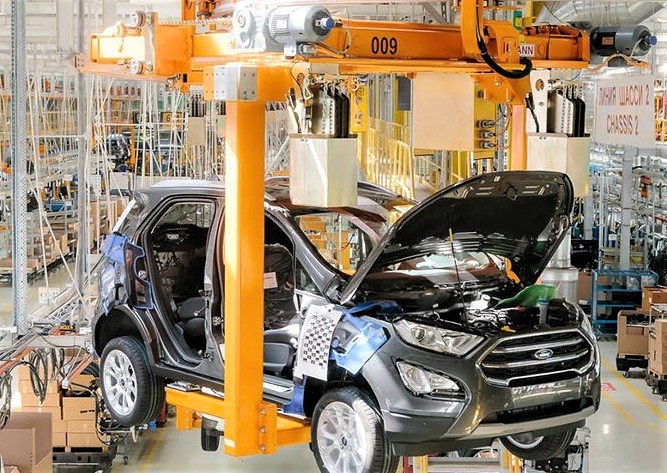 EcoSport among products of Ford-Sollers joint venture Ford ended in 2019.

For instance, Volkswagen cars were not assembled at GAZ from 2018, when production of Jetta sedans was suspended, until the spring of 2021, when the Taos CUV launched.

According to some local analysts, ongoing sanctions pressure was among the reasons General Motors and Ford have shut down manufacturing operations in Russia in recent years.

Experts with the Russian Gazeta.ru business paper say that in the event new sanctions are imposed against against Russia, local automotive producers will have to turn to suppliers from other regions and likely face higher costs.

Germany’s Daimler currently is one of the main importers of auto components from the U.S., purchasing them primarily for its joint venture with KamAZ. Other large importers of American components into Russia are Sollers and Volkswagen.

Industry consultant Dmitry Babansky says in an interview with Gazeta.ru that any new restrictions on auto parts imports will not have a catastrophic impact on Russian companies. Most of the imports comprise plastic products, fuel tanks, exhaust pipes and steering wheels, for which production could be established in Russia or alternative suppliers found.

Sanctions may also affect U.S. imports of equipment and machinery used in the manufacture of auto parts. In that case, Russian automakers likely would obtain similar equipment from the European Union and China, analysts say.

Russia is in a more favorable situation with so-called second-order components, with granular plastic for the production of auto parts is mainly supplied by China, rubber from Southeast Asia and polymers from China, Europe or Turkey. Most automotive glass is produced within Russia.