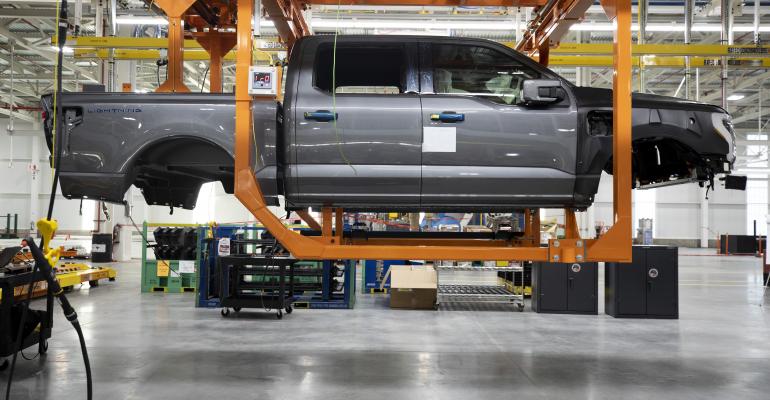 Ford’s $7 billion portion of the $11.4 billion investment in the Tennessee and Kentucky plants is the largest manufacturing investment in the company’s 118-year history. Joint-venture partner SK Innovation is putting up the other $4.4 billion.

Pushing its electrification effort into higher gear, Ford and a South Korean joint-venture partner will spend $11.4 billion to build a battery-electric-vehicle assembly plant and adjacent battery plant outside Memphis, TN, and a battery manufacturing complex in central Kentucky.

Lisa Drake, Ford’s chief operating officer, says during a media briefing the combined investment will pay for what the company describes as its first new, greenfield assembly plant in decades to build the next generation of battery-electric F-150 pickups at Blue Oval City in Tennessee, starting in 2025.

After four decades in which Ford has steadily reduced the size of its full-time payroll, the new investments in Tennessee and Kentucky will add a total of 11,000 jobs to the automaker’s workforce. The JV with SK Innovation at the Blue Oval SK Battery Park in Glendale, KY, will have 5,000 employees and the Tennessee complex will have 6,000.

“We have the ability to grow a very powerful franchise,” Drake says while outlining plans for the Blue Oval City project, which will cover 6 sq.-miles (3,840 acres) and include both the pickup manufacturing center and battery plant as well as room for suppliers that will handle battery-cell components and recycle old batteries.

Vertical integration is a key element of Blue Oval City. The microchip shortage has taught Ford the importance of having domestic sources for key materials, Drake says, adding local suppliers are also critical to holding down the cost of battery packs.

“We can’t have materials coming from thousands of miles away,” she says.

The new assembly plant will rely on always-on, cloud-connected technologies to drive improvements in quality and productivity. The mega-campus is designed to include sustainability solutions, including the potential to use local renewable energy sources such as geothermal, solar and wind power.

Ford expects BEVs to account for about 40% of the company’s production by 2030, according to Drake. Yoosuk Kim, SK Innovation executive vice president-marketing, says SK is preparing to expand battery-making capacity to meet demand. 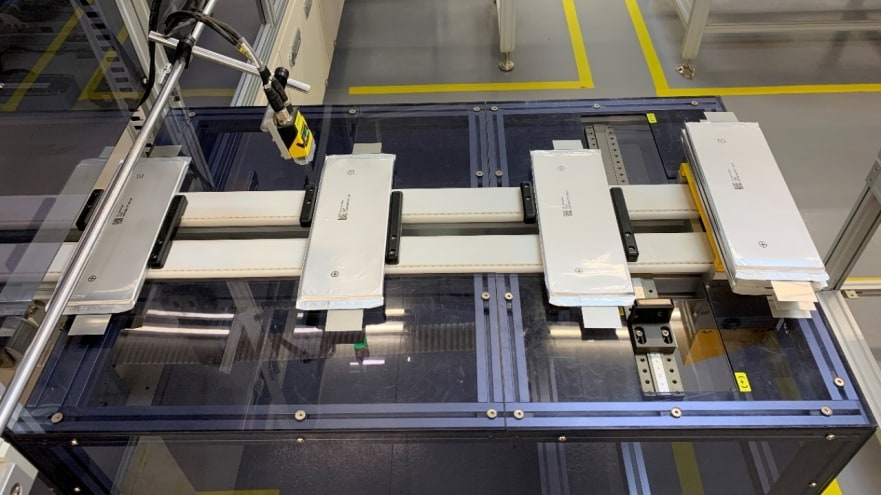 Ford’s $7 billion portion of the $11.4 billion investment is the largest manufacturing investment in the company’s 118-year history. SK Innovation is putting up the other $4.4 billion.

Part of Ford’s $30 billion-plus investment in electric vehicles through 2025, the investment supports the company’s longer-term goal to create a sustainable American manufacturing ecosystem, and to accelerate its progress toward achieving carbon neutrality, backed by science-based targets in line with the Paris Climate Agreement.

The sites selected are close to other Ford operations such as the Kentucky Truck plant near Louisville, says Bob Holycross, Ford vice president-sustainable engineering. He adds the site selections will help Ford minimize operating costs critical to building an affordable BEV, and brushes aside questions about selecting a site in Tennessee, where conservative politicians have long expressed hostility to discussing global warming, which is driving the shift to electric vehicles, and where support for the fossil fuel industry also runs deep.

John Savona, Ford vice president-of manufacturing and labor relations, says he expects workers at the Tennessee and Kentucky plants to be represented by the UAW, though employees will make the ultimate decision on union representation.

Tennessee has been the site of some major battles between the UAW and companies such as Volkswagen and Nissan over union representation. However, the General Motors assembly plant in Spring Hill, TN, has been unionized since opening in 1990.

“This is our moment – our biggest investment ever – to help build a better future for America,” Ford President and CEO Jim Farley says in a statement ahead of the official ceremony with local officials in Kentucky and Tennessee.

“We are moving now to deliver breakthrough electric vehicles for the many, rather than the few,” he says. “It’s about creating good jobs that support American families, an ultra-efficient, carbon-neutral manufacturing system and a growing business that delivers value for communities, dealers and shareholders.”