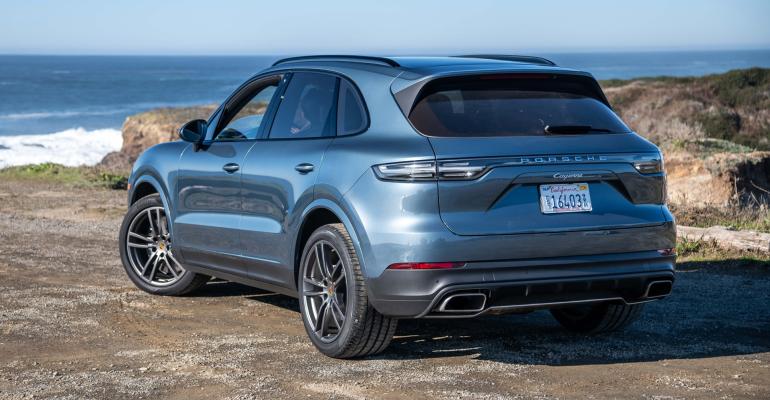 Porsche has developed a hydrogen-powered internal-combustion engine to replace its gasoline-powered V-8 and a synthetic fuel stock that replaces gasoline.

Porsche has developed a hydrogen-powered internal-combustion engine the company says not only matches the power and performance of a gasoline-fueled  4.4L V-8, but reduces fuel consumption and has emissions close to ambient air.

When Porsche began the work on the engine in 2022 in computer simulations, it used the gasoline engine as a benchmark for how well the hydrogen engine had to perform to meet Porsche standards.

There is plenty of debate around hydrogen as a fuel stock for light vehicles, but there is momentum behind building out hydrogen infrastructure to support vehicles such as heavy trucks. Predominant thinking in the industry is that compressed hydrogen and fuel-cells are  a good substitute for diesel-powered vehicles, while batteries are a good substitute for gasoline-fed vehicles.

The investment in hydrogen infrastructure to facilitate expansion of hydrogen as a fuel to displace fossil fuels where suitable – to produce and distribute –  is being funded these days by the U.S. government, the European Union, China and Great Britain.

According to Porsche, the modifications required to the ICE engine include a higher compression ratio and other proprietary changes to make it work with compressed hydrogen gas.  It also includes a newly developed turbocharger that offers about twice the air mass as would be specified for a gasoline-powered engine.

Porsche says it worked up four different turbochargers to handle the job. The one chosen involves back-to-back compressors to create a design that Porsche says rivals the gasoline-powered engine.

“The special feature of this design is the coaxial arrangement of two compressor stages, which are driven by the turbine or the supporting electric motor using a common shaft,” says a statement issued by Porsche. The process air flows through the first compressor, is cooled in the intercooler, and then recompressed in the second stage.”

Besides the lack of a steady supply of Green hydrogen, the downside of such an engine is that it emits harmful nitrogen oxides. There are ways to minimize this, though, like using urea-based selective catalytic reduction found in diesel engines.

Porsche's hydrogen engine is unlikely to enter production in its current form. The focus of the endeavor was on examining the technical potential of the alternative drive technology and expanding the capabilities of existing engineering tools, says Porsche. “The study allowed us to gain valuable insights with regard to the development of high-performance hydrogen engines and add models and methods specifically for hydrogen to our virtual simulation methodology,” explains Vincenzo Bevilacqua, Senior Expert Engine Simulation at Porsche Engineering. “With this know-how, we are ready to efficiently handle future customer projects.”

Porsche is working on both ends of cleaner, greener mobility. Not only is it advancing a hydrogen ICE, it is also investing in the production of a synthetic fuel that replaces gasoline.

Working with partner companies, Porsche has started production of a climate neutral “e-fuel” intended to replace gasoline in ICEs. A pilot plant in Chile started producing the alternative fuel. By mid-decade, the company says, Porsche is planning to produce millions of gallons of the e-fuel.

“The potential of eFuels is huge. There are currently more than 1.3 billion vehicles with combustion engines worldwide. Many of these will be on the roads for decades to come, and eFuels offer the owners of existing cars a nearly carbon-neutral alternative,” says Michael Steiner, Porsche’s director of research and development.

E-fuels are made from a synthetic methanol produced via a process of blending water, hydrogen and carbon dioxide. The e-fuel enables a nearly CO2-neutral performance in ICEs.