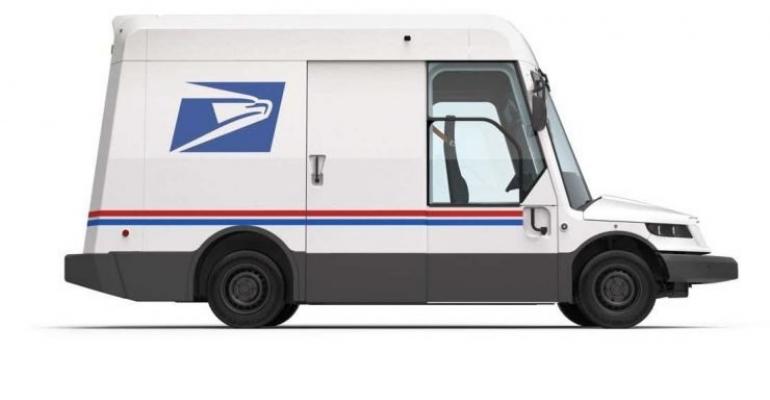 Of the 50,000 to 165,000 new delivery vehicles USPS plans to purchase, 90% would be ICE-powered and 10% would be electric. Environmental critics say the ICE vehicles’ emissions are unacceptable and the UAW objects to the contractor’s use of non-union labor.

Environmental groups and the UAW are contemplating legal action to block the U.S. Postal Service’s plans for replacing the aging fleet of vehicles used for mail delivery throughout the U.S.

The USPS says it has completed its obligations under the National Environmental Policy Act and evaluated the potential environmental impacts of the agency’s Next Generation Vehicle Delivery (NGDV) program, which would favor internal-combustion engines over batteries.

The USPS describes its decision to acquire the ICE vehicles as a “fiscally and environmentally responsible plan to modernize the federal government’s largest and oldest vehicle fleet.”

Says Postmaster General and USPS CEO Louis DeJoy, “As we have reiterated throughout this process, our commitment to an electric fleet remains ambitious given the pressing vehicle and safety needs of our aging fleet as well as our fragile financial condition.”

DeJoy was named Postmaster General during the Trump Admin. and has come under intense criticism from Democrats in Congress. He says as the USPS’s financial position improves it will move to acquire additional BEVs as additional funding – from either internal or congressional sources – becomes available.

Environmental groups, led by the Natural Resources Defense Council, say the USPS has underestimated both the adverse environmental consequences and operating costs of running vehicles on gasoline.

Patricio Portillo, an NRDC transportation analyst, says in an email to Wards: “They woefully undercounted costs for the gasoline-burning vehicles. For example, the Postal Service relied on an outdated national average gas price of $2.19 per gallon that would rise gently to $2.50 per gallon by 2040.

“Yet, six months before the proposal was released for review, the national average hit $2.80 per gallon. The average national retail gas price is around $3.60 per gallon today,” he says.

A lawsuit aimed at blocking the USPS purchase program is very much on the table, Portillo says. 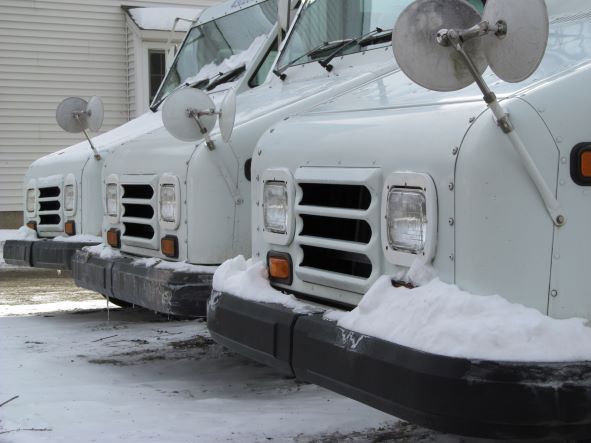 Portillo adds when the current fleet rolled off the assembly line in 1988 (pictured, above), it had a combined city and highway average fuel efficiency of 17 mpg (13.9 L/100 km); time and use can reduce efficiency. Such inefficient new vehicles would burn billions of dollars more in fuel and emit 20 million metric tons of carbon dioxide equivalent pollution over a 20-year lifetime, costing more than $900 million in climate damages, according to an EPA analysis.

The USPS’s own estimates show the new fleet consuming an additional 109,770,855 gallons (415.5 million L) of gasoline annually than if the vehicles were all electric. The result is nearly double the greenhouse-gas emissions and, in some cases, triple the amount of air pollution, Portillo notes.

As designed, the next-generation trucks approved by DeJoy do not appear to meet the fuel-economy standards imposed by the EPA or California. “This is another major deficiency in the USPS proposal and we’re evaluating legal remedies,” Portillo says.

The UAW also is considering a lawsuit, union officials say privately, since the contractor, Oshkosh Defense, avoids the union by building the vehicles in South Carolina rather than in Wisconsin, where the company’s workers belong to the UAW.

“Modernizing the Postal Service fleet must both deliver significant investments in green, electric vehicles and create good, union jobs,” UAW President Ray Curry says. “USPS’s unilateral decision to formalize its NGDV production without addressing serious concerns raised by the UAW, environmental advocates, the EPA and the White House is a troubling move that fails to live up to the needs of our next generation and flies in the face of the National Environmental Policy Act.”

The search for replacement vehicles for the agency’s delivery fleet, which started in 2015, resulted in the design of a purpose-built, right-hand-drive vehicle (pictured, below) with air conditioning and heating, improved ergonomics and some of the most advanced vehicle and safety technology – including 360-degree cameras, advanced braking and traction control, airbags, a front- and rear-collision avoidance system employing visual and audio warnings, and automatic braking.

The vehicles also will have increased cargo capacity to maximize efficiency and better accommodate higher mail and package volumes. In addition, the NGDV contract allows for significantly increasing the level of electrification when funding is provided, even after an order is placed, the USPS says. 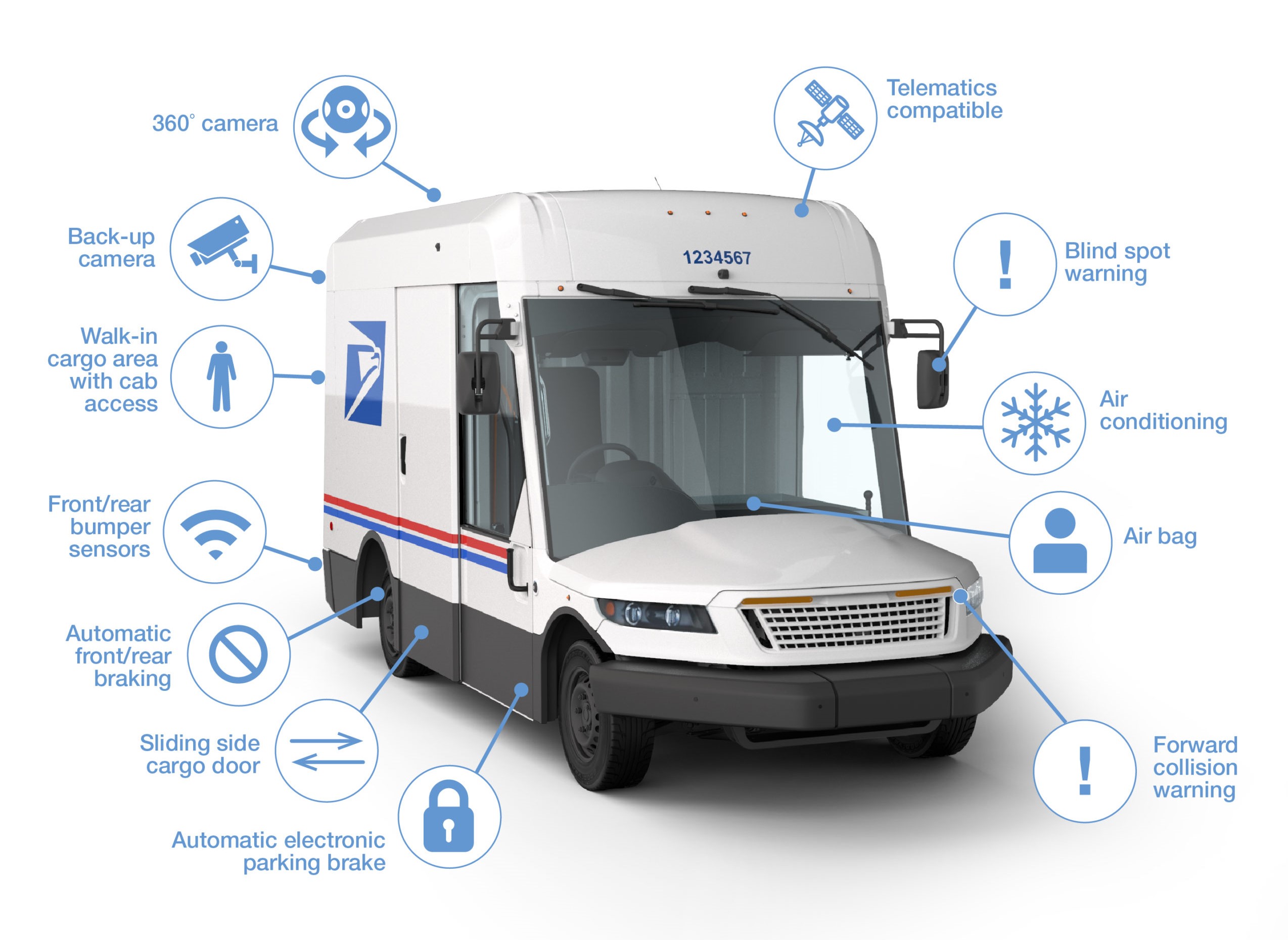