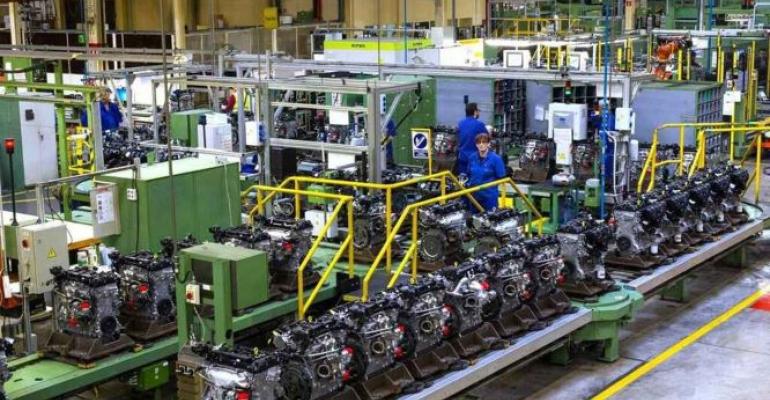 Moving 40% of Transit Connect production to Mexico would have jeopardized the jobs of 400 of the Almussafes, Spain, engine plant’s 1,000 employees, union sources say.

MADRID – Ford will maintain production of the Transit Connect light-commercial vehicle at its Almussafes, Spain, plant through 2023, reversing plans to transfer 40% of production for the North American market – 35,000 to 40,000 units – to Hermosillo, Mexico, starting in 2022.

The automaker also will assemble the GDI 2.0L gasoline 4-cyl. at its Almussafes engine plant starting in the summer of 2021.

This is a version of the Duratec engine used in Transit Connect vans that are exported to North America, although it shares the same architecture as the turbocharged 2.0L engine being produced at the Valencia engine plant.

The 2.0L and 2.3L EcoBoost gasoline engines now built at Almussafes will be produced in North America starting in 2022.

Ford is investing $10 million in its Spanish plants.

Moving 40% of Transit Connect production to Mexico would have jeopardized the jobs of 400 of the Almussafes engine plant’s 1,000 employees, union sources say.

The Transit Connect is the automaker’s second most-manufactured model in Spain behind only the Kuga subcompact.

Sources from UGT, the main union at Almussafes, confirm all Transit Connect production will continue there, but they want Ford to award new models to the Spanish plant.

Production of the Transit Connect in Spain from 2024 is threatened by agreements Ford has signed with Volkswagen Group, one of which calls for the next generation of the popular model to be manufactured at the VW Commercial Vehicles plant in Poznan, Poland.