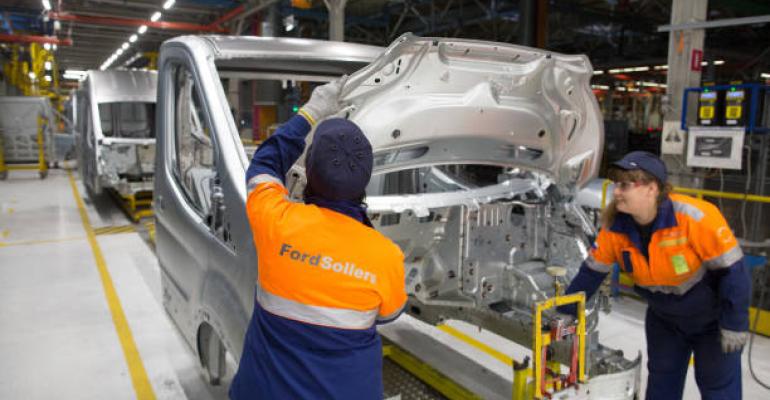 Dearborn, MI-based Ford says it completed the transfer of its 49% stake in the Sollers Ford JV to Sollers for “nominal value.” Ford suspended operations in Russia on March 2, a week after Russia invaded Ukraine.

Ford becomes the latest global automaker to withdraw from Russia, as it ends its 11-year-old joint venture with local manufacturer Sollers.

The Dearborn, MI-based automaker announced Oct. 26 it had completed the transfer of its 49% stake in the Sollers Ford JV to Sollers for “nominal value.” Ford had suspended operations in Russia on March 2, a week after Russia invaded Ukraine.

“Ford retains the option to repurchase the (Sollers Ford) shares within a 5-year period, should the global situation change,” the automaker says.

The plant in Yelabuga, 500 miles (805 km) east of Moscow, was Ford’s only operation in Russia following the March 2019 shutdown of passenger-car production at Yelabuga and two other sites. The Yelabuga plant produced Transit commercial vans.

Of the two other factories, Ford sold one, in Vsevolozhsk near St. Petersburg, to a Korean company in late 2021. No buyer has been found for the plant in Naberezhnye Chelny just east of Yelabuga (pictured, below). 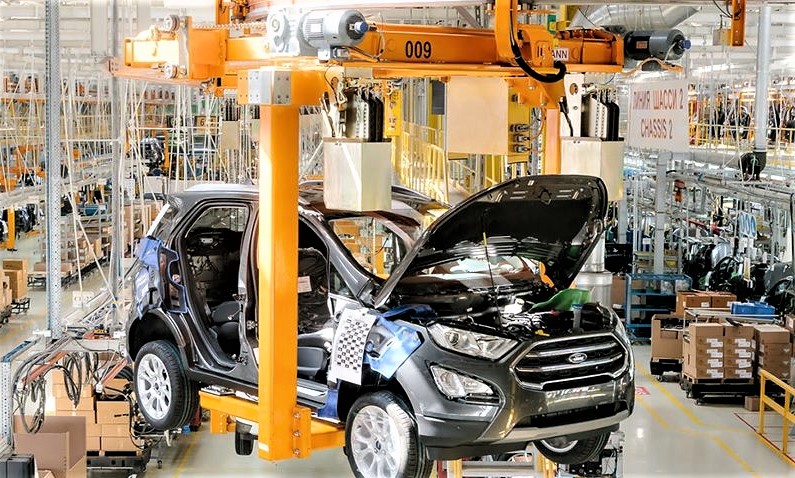 Ford is not the first international partner Sollers has lost since the Ukraine war began. The Isuzu Sollers JV has built no vehicles since early March, when exports of complete-knocked-down Isuzu car kits to Russia were suspended. Also, Mazda reportedly is in talks with Sollers about selling its stake in their JV.

Other foreign automakers that have left the Russian market include Mercedes-Benz, Renault and Nissan. Toyota has retained its St. Petersburg plant but announced Sept. 23 it was terminating production there. Volkswagen closed its Kaluga plant and halted imports into Russia in response to the Ukraine invasion but says it has not decided whether to remain in the country.

Volvo Group also is reportedly considering withdrawing from Russia. The company has an 8.5% share of the truck market there.

Kia, the No.2 automaker in Russia in terms of sales and market share after local manufacturer AvtoVAZ, continues producing cars at a plant run by its Hyundai affiliate. But sales through September were down 65%, and executive vice president Woo-Jeong Joo was quoted by Bloomberg News as saying, “We may consider doing an after-service business only, because we basically can’t supply cars there.”

Light-vehicle sales in Russia through the first nine months of the year totaled 506,661, down 59.8% from 1,260,111 in like-2021, according to Wards Intelligence data. The only automakers to result positive year-on-year results were three Chinese brands: Chang’an, Chery and Dongfeng.