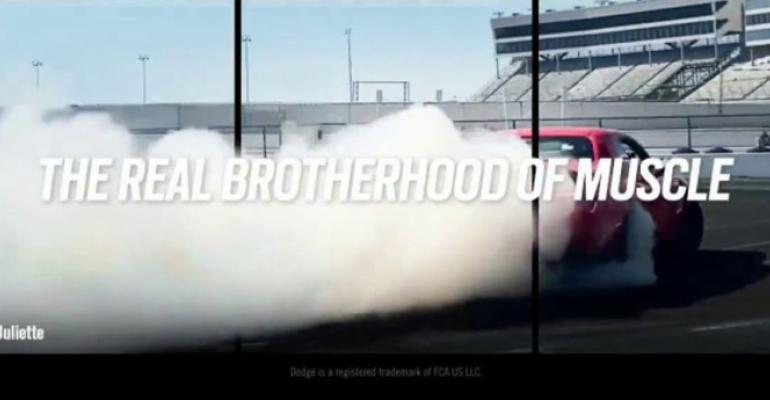 The Dodge ad had the most airings but the lowest estimated TV spend of the five spots in iSpot.tv’s weekly ranking.

With a 17.4% week-over-week increase in TV ad impressions, an energetic ad from Dodge zooms into first place from fifth the previous week on iSpot.tv’s ranking of most-seen car commercials. Major League Baseball games delivered the top impressions count, with more than double compared to last week.

Third place goes to a new ad from GMC spotlighting its EV Denali Edition 1 with 754 hp and an estimated 400 miles (644 km) of range on a full charge – features that resonated with viewers: Per an iSpot Ace Metrix survey, 28% of respondents cited the product itself as the single best thing. Although this spot didn’t begin airing until Oct. 20, it garnered enough impressions to propel it into the top five, with the highest proportion coming from NFL games.

Another ranking newcomer is Lexus, landing at No 4. This vivid spot for the RX promises “heart-pounding design, intelligent technology and courageous performance.” It had more than twice as many airings this week compared to the previous week, with college football, 90 Day Fiancé: Happily Ever After? and reruns of Friends generating the most impressions. Per Ace Metrix, the ad had a Brand Match rating of 85%, referring to the percentage of surveyed viewers who remembered it was a Lexus ad after watching it.

Subaru rounds out the chart with “Well Adventured,” showing the off-the-beaten-track versatility of the Forester Wilderness. Notably, this was the only top-five auto ad that didn’t air during college football, and it aired only once during MLB programming.

1. Dodge: The Real Brotherhood of Muscle

2. Chevrolet: EVs for Everyone