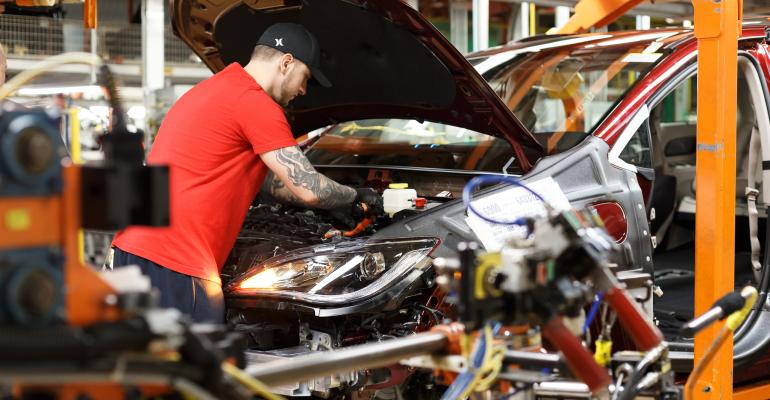 Canadian auto and parts manufacturers had feared earlier proposals, which would have meant the $7,500 maximum tax credit would be available only on U.S.-made EVs. The revised deal extends the credit to EVs made in Canada and Mexico.

OTTAWA – The Canadian automotive industry is welcoming a deal within the U.S.’s Democratic Party to propose extending the tax credit on purchases of electric vehicles in America to EVs made across North America, including Canada and Mexico.

That decision, which still needs formal approval by the U.S. Senate and House of Representatives, comes in a scaled-down version of President Biden’s Build Back Better bill, renamed the Inflation Reduction Act.

It has the backing of moderate Sen. Joe Manchin, D-WV, who has held up Biden Admin. spending plans with his colleague, Sen. Kyrsten Sinema, D-AZ.

Canadian auto and parts manufacturers had feared earlier proposals, which would have meant the $7,500 maximum tax credit would be available only on U.S.-made EVs.

“Effectively it would have made production of electric vehicles in Canada not viable, given 85% of what we make in Canada goes to the U.S.,” says David Adams, president and CEO of the Global Automakers of Canada association.

Manchin’s support of the bill is “great news,” says Brian Kingston, president and CEO of the Canadian Vehicle Manufacturers’ Assn., which represents the three major U.S. producers. “It's good to see the U.S. extend and expand the tax credit.”

Kingston notes the new proposal would remove an earlier proposed cap of 200,000 vehicles per manufacturer, which would have excluded General Motors and Tesla vehicles. He also welcomes as “realistic” a suggested maximum retail price for eligible vehicles of $55,000 for new cars and $80,000 for pickups and SUVs. 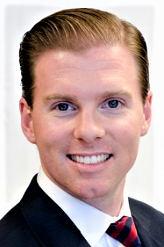 Kingston (pictured, left) calls on the Canadian government to match U.S. generosity in Canada and help manufacturers meet ambitious federal sales targets for EV sales: 20% of all new passenger-vehicle sales by 2026; 60% by 2030; and 100% by 2035.

“Now it’s time for the Canadian government to act – we’re not keeping pace with the U.S. on tax credits,” Kingston tells Wards.

Vic Fedeli, Ontario minister of economic development, job creation and trade, says, “We’re very pleased with the news that the rebate will be given to vehicles made in North America and not just the USA.” This will help sell EVs produced in Ontario, he says, adding that C$16 billion ($12.5 billion) of investment in EV manufacture and sourcing has been announced within the province in the past 20 months.

Fedeli argues the expanded tax credit is particularly good news for Ontario’s parts sector, which comprises about 700 businesses. The original proposal, he suggests, had undermined faith in how the U.S. would honor the US-Mexico-Canada Agreement (USMCA), signed in 2018, which guarantees privileged market access in the bloc to autos whose components are 75% sourced in North America. 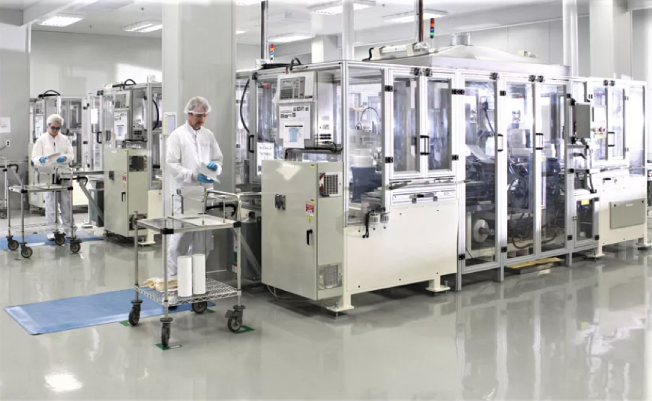 ‘Clean room’ for EV parts at supplier Dana’s plant in Cambridge, ON.

Fedeli says his office is confident this standard will be used in deciding North American origin for the new credit and will “encourage parts makers that they can now safely locate here in Ontario” and have special access to the U.S. market.

Adams hopes Ng’s government will increase its credit financing, noting the subsidies’ value is being eroded by Canadian inflation (now running at 8.1%). But he warns against following the American approach of attaching origin conditions. While the new proposal allows the tax credit to cover EVs made with batteries whose critical materials are sourced or processed in any country with whom the U.S. has a free-trade agreement, the Canadian credit applies to any EV sold in Canada.

“We're going to need all the electric vehicles we can get in the marketplace to meet the Canadian government targets,” he says. Origin conditions would “make vehicles more expensive than they already are” and reduce the number of available models, dampening demand, Adams adds.

Looking ahead, Kingston expects a lot of details to be fleshed out in amendments passed in the Senate and the House, and by implementing applicable U.S. regulations. That might include whether rebates would be paid at the end of the tax year or at the point of sale, which may be more attractive to consumers.

Overall, however, the deal is positive, he says.

“We have a totally integrated North American automotive market and that’s how we have created a highly competitive vehicle supply chain,” Kingston says. “That was the concern regarding country-specific purchasing incentives. You can’t disincentivize a highly efficient supply chain. That’s not the right approach.”