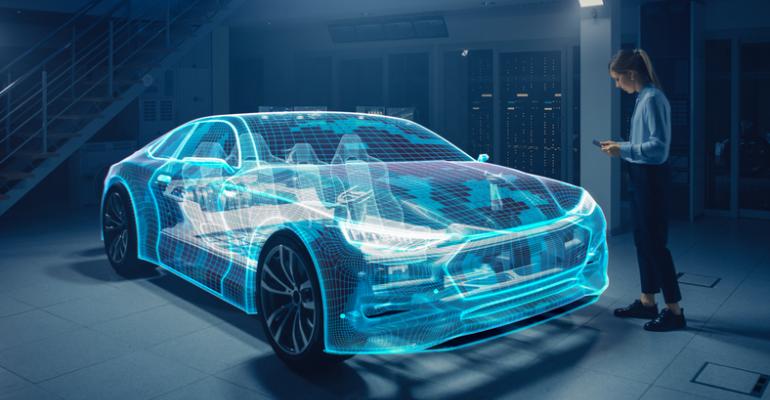 COVID-19 bit into automotive research and development budgets, and the belt-tightening will remain until next year.

So says Tawhid Khan, research director-automotive supply chain and technology for IHS. He participates in a Society of Automotive Analysts online panel discussion on the global auto industry’s outlook during these unusual times.

“There were no winners in light-vehicle sales last year,” he says, citing the pandemic’s economic effects. “The negative sales growth ultimately influenced R&D.”

Almost all automakers and suppliers reduced R&D spending last year. That led to a 17% budget reduction on long-term advanced R&D budgets, Khan (below, left) he says, calling it a hard hit. “It will continue this year but not as much” – 12%, he predicts. “It’s still a double-digit reduction.”

Short-term product-development budget reductions were 13% last year and are expected at 8% this year.

The budget reductions are expected to extend to late next year, but spending allocations will cross over to the positive side by late 2022, Khan says, citing his data firm’s analysis. “A small percentage of companies believe it will be longer, until 2023.”

The reduced R&D spending affects, among other things, OEM and supplier work on autonomous vehicles as the industry strives to reach Level 5, at which vehicles are fully self-driving without occupant involvement.

“According to our data, the worst hit is autonomy,” Khan says. Automaker R&D on connected cars and e-mobility also takes a haircut.

“Shrinking R&D budgets force most companies to adopt stricter cost-containment measures” that could slow down projects, including testing, he says, adding OEMs and suppliers are focusing on software development in the immediate-term, followed by electrified vehicle-architecture development.

Some companies have canceled “conceptual projects,” Khan says. “Mature” projects past their design phases face delays of six to 12 months.

Meanwhile, the industry last year saw a “short but sharp” global recession, says program panelist Pete Kelly, managing director at research firm LMC Automotive. “The suppression of the virus led to a suppression of the economy.” World economies “went on a wild ride.”

China and South Korea imposed COVID lockdowns sooner than other countries, and consequently “came out of it in much better shape,” he says.

Global automotive sales totaled 77.6 million units last year, down 14% from 2019, according to LMC. 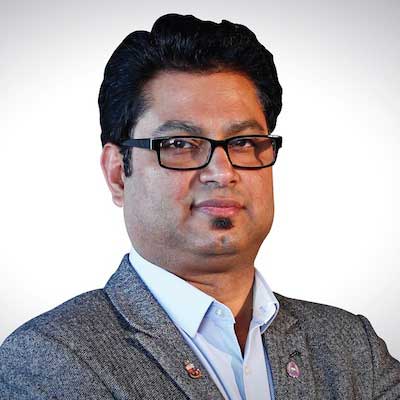 A complete recovery is not anticipated this year, “but a lot of lost ground is expected to be recovered,” Kelly says, predicting 2021 automotive sales of 86.5 million.

On the production front, LMC forecasts worldwide output at 87 million vehicles this year (compared with 74.6 million in the trough year of 2020), and 92.1 million in 2022.

“Growth still depends on stability in established markets and growth in new ones,” Kelly says. “Two to three years of growth were pushed aside” because of COVID’s economic effects. The hope is vaccines “will totally rescue us, but there will be some scarring from the pandemic.”

To further confound things, a semiconductor shortage has impeded auto production across the world. But that’s not expected to last long, Kelly says.

“It could spill over to the second quarter, but there have been lots of stoppages in the past because of earthquakes, tsunamis and factory explosions.” Afterwards, the industry plays catch-up.

“The big theme is, what will the Biden administration do” to encourage BEV sales in America, he says, wondering if it will come as “a soft touch” or more stringent.

Among the topsy-turvy firsts COVID has wrought is a recession “where production falls lower than demand,” Houchois says of currently lean inventory levels.

Lack of financial liquidity among automakers and suppliers was a major issue during the last recession that ended in 2009. The industry pushed more than a few panic buttons back then.

But this go-around, “panic around liquidity seems to have been a micro-event,” Houchois says.

The latest automotive downturn has hit Europe hardest, he says. Although it has taken its share of knocks, “North America still is the healthiest market for volume, mix and price,” Houchois says. For the worldwide auto industry, 2020 stands out as “a historic year,” he notes.