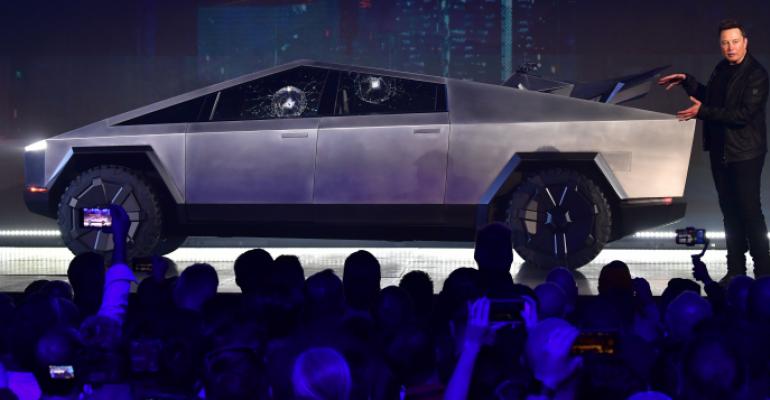 We are Embarking on a Dangerous Decade

With electrification and autonomy, the automotive industry is about to swirl into the center of a historic maelstrom.

Automotive historians will look back on the last decade as something of a Golden Age, even though it didn’t start out that way. The decade began with the auto industry smoldering in ruins, reeling from the Great Recession. The price of oil was going through the roof, consumers could not get credit to buy new cars, and many thought it was the end of the industry as we knew it.

But while the industry was badly hurt, it was not mortally wounded. Slowly, painfully, it started to recover. And as the recovery gathered momentum, automakers went on to set record sales and profits. Indeed, for the last five years sales in the U.S. market topped 17 million units, something that’s never happened before.

You’d think everyone in the industry would be feeling pretty good about where they sit right now, but that’s not the case. Just the opposite. There’s a feeling of unease and foreboding. Automakers face greater uncertainty now than they have in more than 100 years.

This is an industry that has seen a lot. A couple of world wars. The Great Depression. The Great Recession. Labor strife. Oil embargoes. But now it faces technological changes that threaten to obsolete all the infrastructure and intellectual property they’ve invested in.

This threat is coming from tech companies who play by a different set of rules and who have the cash to outspend any automaker.

Government regulations are forcing automakers to invest massive sums in developing electric vehicles even though, for now, consumer demand is minuscule. Most OEMs are going to see paltry returns on those investments, or none. But they must do it anyway. Many cities and countries around the world are enacting legislation to limit or ban internal-combustion engines.

Automotive suppliers hope the shift to electric vehicles will provide them with new business opportunities. But they, too, don’t know when consumer demand will reach the point where they can achieve manufacturing volumes necessary to make money.

And suppliers involved with making components for traditional ICE powertrains know full well the future holds few prospects for growth, only a slow slide downward toward an inevitable sunset.

Car dealers also are threatened by this technological change. Their greatest source of profits come from their service shops where maintenance, repairs and warranty work provide steady cash flow. But with automakers about to embark on new electronic architectures that allow over-the-air updates, much of that business will go away.

The biggest upheaval will be measured in jobs. Electric motors use a fraction of the components needed in conventional engines. They will eliminate tens of thousands of jobs. Electric cars, assembled in dedicated plants, will eliminate about one out of every four assembly-line workers. In 2019 alone, automakers and suppliers in the U.S. and Europe announced plans to eliminate 80,000 jobs over the next five years. That was just in 2019, and it will not be the last of these announcements.

And that’s just the impact of EVs. When autonomous vehicles become an everyday reality, they threaten to eliminate tens of thousands of jobs of people who drive trucks, taxis and other kinds of commercial vehicles.

So far, no one is talking much about this impending upheaval. It certainly is not on the radar of our political leaders. But it will be. Hopefully it will become part of a national debate well before it becomes a full-blown crisis, because it’s going to take some really smart people to figure out what we’re going to do.

If you think there are problems now with manufacturing jobs going away, with income inequality, and with an angry populace that is politically divided, just wait. The automotive industry is about to swirl into the center of a historic maelstrom.