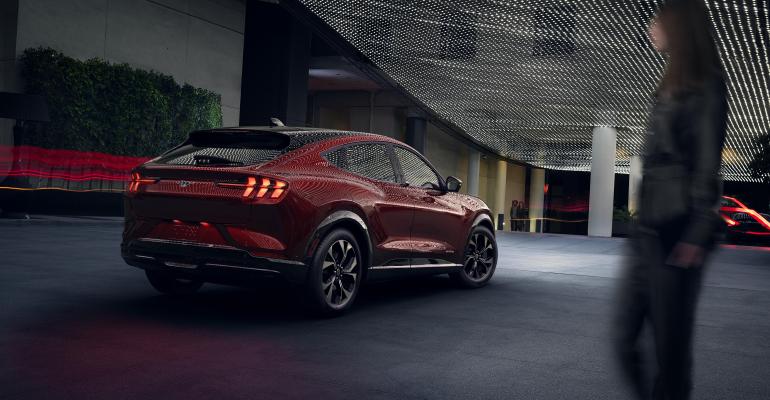 Ford photo
The Mach-E was developed in record time.
Industry>IdeaXChange

The most significant aspect of the Mach-E is not the car. It’s the process by which it was developed.

Ford started a firestorm when it pulled the wraps off its electric Mustang Mach-E. Mustang enthusiasts were furious the company dared to brand the 4-door crossover after their beloved pony car. The Tesla fan boys sneered that it wasn’t a Tesla. Yet just about everyone else was smitten by the specs and the styling.

But for me, the most significant aspect of the Mach-E is not the car. It’s the process by which it was developed. And that process bodes well for the future of Ford and the company’s beleaguered CEO, Jim Hackett.

When Hackett took the helm in mid-2017, he found the company was deep into developing an electric “compliance car.” That’s the derogatory term given to battery-electric vehicles where automakers take an existing platform, stuff it full of batteries, and try to get enough zero-emission credits to comply with government regulations.

No one expects compliance cars to sell very well and they don’t. But they are a whole lot cheaper to do than developing dedicated BEV platforms, which is what Tesla did. And while Tesla proved a lot of people want cool electric cars, it lost a ton of money developing its own dedicated platform. From the time it went public in 2011 through the end of 2018, Tesla lost $5.6 billion. That would be the equivalent of Ford losing $42 billion. And that’s why traditional automakers do compliance cars.

Ford’s plan was essentially to stuff an Escape crossover full of batteries and call it a day. But Hackett wasn’t buying it. He wanted an EV that people would stand in line to buy and which would turn a profit. Yet that would mean tearing up a year’s worth of work and starting all over again, which would badly delay the program.

Keep in mind the original “compliance” car was going to be front-wheel drive, while the Mach-E would be rear drive with an all-wheel-drive option, as well as left- and right-hand steering. So not only were they throwing away a year’s worth of work, they were taking on a heavier engineering burden. But Hackett didn’t want to delay the original launch date. And this is where the story gets interesting.

While Hackett’s tenure has been panned by the media and Wall Street for posting weak earnings and watching Ford’s stock price sink, he got the company to change the way it develops new products, and how it manages those products. He introduced an approach that Ford calls customer-centric design, which is part of a larger process called EPLM, or Enterprise Product Line Management.

The idea behind customer-centric design is to quickly develop extremely cheap prototypes and get customer feedback to refine them. In the case of the Mach-E, the 15-person team working on the big touch screen for the center console cut out a piece of cardboard, printed out a facsimile of the screen and glued it to the cardboard. Then they showed it to customers in the U.S., Europe and China and asked them a bunch of questions. 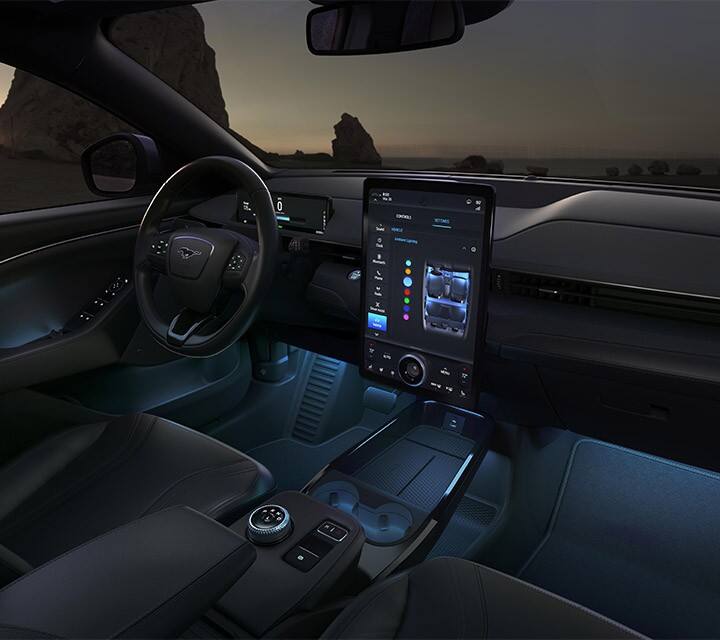 The team working on the big touch screen cut out a piece of cardboard, printed out a facsimile, glued it to the cardboard and then showed it to customers.

Did they like the size of the screen? Should it be bigger or smaller? Should it be mounted up high on the console, or low? Leaned back or upright? Landscape or portrait?

They quickly settled on a 15.5-in. (394 mm) screen mounted upright in a portrait position. But they weren’t finished yet. Many of the customers said they’d really like a rotary knob for the radio volume. So, someone grabbed one of those cheap plastic Keurig k-cup coffee pods, stuck a straw through the bottom and attached it to the cardboard screen with a brass fastener. Then they asked customers what they thought. “Perfect!” customers told them. That’s how the production version ended up with a rotary knob.

From the time they cut out the cardboard to the point they settled on hard engineering specs took 90 days. Under the old product development process at Ford they would probably still be sitting in meetings.

To develop the chassis, suspension, brakes and steering they relied heavily on Ford’s racing simulator. This 3D simulator with a 26-ft. (8 m) wraparound screen is powered by 25 computers and allows engineers to quickly try out different engineering settings: spring rates, bushings, roll bars, tires and wheels, and do it all in virtual reality. This saved a ton of time. But more importantly it allowed them to dial it in to make it feel and drive like a Mustang.

That was a key challenge for the program. It had to feel and drive like a Mustang, or the company would be endangering its most iconic brand. From what I hear, company chairman Bill Ford was reluctant to badge it a Mustang. Before finally giving his OK, he made the senior executives on the team personally promise him that it would truly be a Mustang. They promised.

The EPLM process is spreading throughout Ford globally. Every major product line has its own EPLM team, which is a cross-functional, co-located group that has full profit-and-loss responsibility for their product. Moreover, they must manage it from Job One to end of production.

This likely will change product decisions. If you are responsible for a vehicle until it goes out of production, you’ll be a lot more careful to make sure it retains its residual value and isn’t plagued by warranty costs. That’s going to drive different sourcing and content decisions and the winners will be the customers.

I am still learning about the EPLM process and it will be worth another column another day. But it’s impressive to see how quickly the company embraced this new approach. Moreover, talk to anyone on these teams and you will find they are energized and excited about what they’re doing.

The development of the Mach-E is a microcosm of the change that’s taking place at the company. If Ford can slash the time and cost it takes to develop new products it’s going to become a much more formidable competitor.