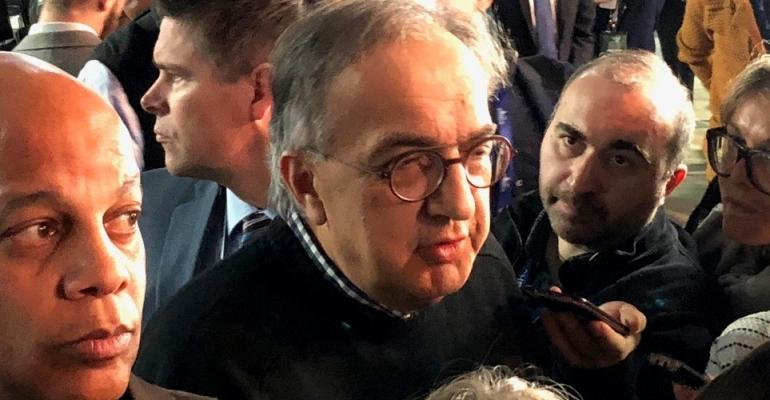 How to Free Up Billions in Capital

We all know this is a cyclical industry. When the next downturn comes, “Confessions of a Capital Junkie” will provide the inspiration for what needs to be done.

Sergio Marchionne, the former CEO of Fiat-Chrysler, is no longer with us, but one of his ideas will live on for a long time to come: the need for automakers to stop duplicating so much investment in things customers don’t really care about.

Sergio published his famous “Confessions of a Capital Junkie” essay three years ago, but his conclusions are even more relevant today.

Since he wrote that article, automakers are under even more pressure to invest in areas they never had to spend on before. Not only do they need to electrify their entire product lines, they need to develop autonomous cars and launch mobility services. They need to allot new money to new areas such as cybersecurity and connectivity.

Most of them are straining to come up with the capital to do all that, at the same time they have to continually invest a fortune redesigning and improving their existing product lines.

Some of the duplication in this industry is crazy. For example, GM makes 2.0L 4-cylinder engines. So does Ford. So does FCA. I’m absolutely positive that none of their customers could tell the difference between these engines because the specifications are so similar. The same goes for the different 6-speed and 8-speed automatic transmissions they all make.

Most owners can’t tell you what the displacement of their engine is. Or how many gears are in the transmission. Most don’t care, just like they don’t care who supplied the steel, who made the headlamps or who makes the seats. All they want is a good-looking, comfortable car that drives well, is efficient and reliable.

Engines and transmissions are extremely capital intensive. They take years to design and develop and require a huge amount of tooling. GM, Ford and FCA spend billions of dollars every year duplicating what the other is doing.  By merging their powertrain operations together, they could free up billions in capital.

GM and Ford already have collaborated on designing a couple of automatic transmissions. But it has not saved them the kind of money Marchionne was envisioning. This is not about collaboration or joint ventures.

When automakers collaborate on a project, it tends to go slowly. There are more meetings, more arguments and more compromises. They often collaborate on a product, then bring it back in-house and tweak it more to their own liking. Yes, they save some money, but they could be saving much more.

What the auto industry needs are standalone powertrain suppliers who can make commodity engines and transmissions. OEMs may want to keep some of their high-performance powertrains in-house because the customers who buy them truly care about where they come from. But the commodity stuff can go.

The market is going great now. Sales are strong and everyone is profitable. There is no talk whatsoever of merging powertrain operations. But we all know this is a cyclical industry. And when the next downturn comes, “Confessions of a Capital Junkie” will provide the inspiration for what needs to be done.