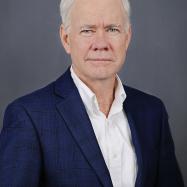 John is editorial director of Blue Sky Productions and producer of "Autoline" for WTVS-Channel 56 Detroit and "Autoline Daily" the online video newscasts.

EVs Don’t Like Winter Weather
Jan 25, 2021
I’ve test driven a number of electric cars and plug-in hybrids in cold weather and the drop-off in driving range is significant.

The EV Investment Craze – and the Crash to Come
Dec 14, 2020
What we’re witnessing right now is a bubble. And when the bubble pops, we’re all going to wonder why these stocks ever went as high as they did.

OEMs and Their Evolving EV Strategies
Nov 24, 2020
It’s too early to say which high-volume automakers have the best EV strategy. But two lessons have emerged so far: Keep your EV strategy flexible and agile, because things are going to change. And make sure you play...

Why OEMs Won’t Survive Transition to Mobility
Nov 02, 2020
GM, Ford, Mercedes-Benz and BMW have tried and failed with car sharing or ride hailing. Tesla, with its direct connection to customers, probably will thrive in this business. But the traditional OEMs are sure to fail...

How to Fight Climate Change: Buy New Cars
Sep 18, 2020
Trading emissions is one of the fastest ways of slashing pollution. The key is to include people, not just corporations. And that could really incentivize new car sales.

Fisker Takes Different Path to Compete With Tesla
Aug 21, 2020
While Tesla is vertically integrated, Henrik Fisker is outsourcing almost everything. This is going to save him an enormous amount of time and money. Suppliers are going to do everything for him, including final...

The Business Is Changing – Can You Keep Up?
Jul 28, 2020
If automakers don’t adapt to the new business model, they are going to end up like the cell-phone manufacturers: They’ll make millions of units but not much money.

How Nikola Hit Jackpot With Zero Revenue
Jul 17, 2020
Trevor Milton, the 38-year-old founder and executive chairman of Nikola, claims the company will earn $1 million in revenue for every truck it puts in service.

How Pandemic Is Changing Auto Industry
May 26, 2020
At some point this pandemic is going to run its course. I, for one, can’t wait to get back to whatever we’re going to call “normal.” But I’m also pretty sure some things will never be the same.