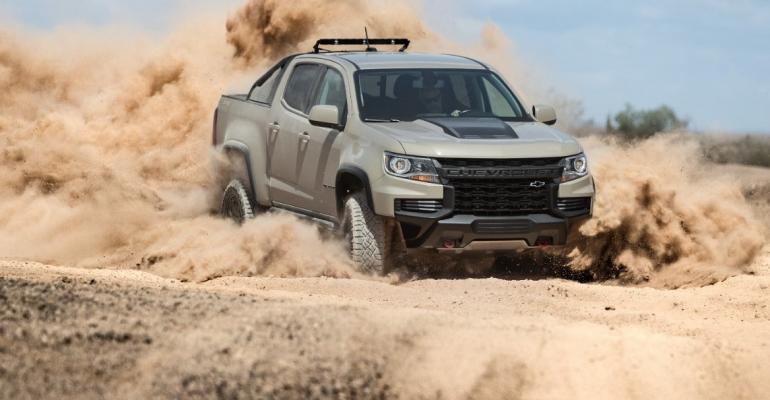 The Army is interested in robotics, autonomous vehicles, hybrid powertrains and electric propulsion including fuel cells.

As the coronavirus crisis shuts down the automotive industry, automakers and suppliers are deeply concerned about a severe economic downturn. They’re laying off employees, mandating pay cuts, eliminating dividends and doing everything they can to slash costs. Yet, even though the outlook is bad, there is one area where they have an opportunity to drum up new business.

The U.S. Army is keen to reconnect with the American auto industry. While Detroit once was known as the Arsenal of Democracy, these days there is little direct connection between the military and the auto industry. And the Army wants to change that.

This was the discussion on one of my televisions shows, “Autoline This Week,” where Brigadier General Ross Coffman laid out what the Army is after.

The U.S. military is on a big modernization push because so many of the ground vehicles it uses are out of date. For example, the Army still is using a personnel carrier, the M 113, which was first deployed in 1962.

What appeals to the military is the auto industry’s large-scale manufacturing capabilities, and how that could be applied to making combat vehicles. The Army wants to pay less for parts by taking advantage of automotive supply chains which purchase millions of parts globally.

And it wants to re-establish connections with the auto industry before they’re needed before it’s sent into any combat situation.

Specifically, the Army is interested in robotics, autonomous vehicles, hybrid powertrains and electric propulsion including fuel cells. Anything that can reduce fuel consumption means improved logistics, less refueling and more time on the battlefield.

It’s also after prognostics and diagnostics which can predict when something will need to be replaced, before it breaks. Just knowing what parts to order before they’re needed provides a big advantage in combat capability. And the Army also is after suppliers with deep expertise in automotive quality controls and processes.

One of the approaches the Army is taking to re-establish connections with the auto industry is holding what they call Soldier Innovation Workshops. These put soldiers and suppliers together, so that soldiers can see what kind of technology suppliers have, so they can think of applications for it. And it allows suppliers to ask soldiers what kinds of problems they’re encountering on the battlefield, so they can come up with solutions.

The paperwork involved in getting a military contract can be daunting. But there’s a website, www.SAM.gov where automotive companies can find a lot of information on what the Army needs, and how to bid on it.

General Motors recognized the opportunities that are available, and it revived its Defense division in 2017. It says the Army has very clear requirements, which means it can be easier to design military vehicles than civilian ones, because consumers have such a wide-spread variety of needs and wants. The Army is very specific about what it wants.

GM Defense is bidding on a personnel carrier and developed its own version based on a ZR2 Chevrolet Colorado. That’s the heavy-duty off-road, performance version of the Colorado pickup truck. They yanked the body off the truck, built up a new one that has room for nine soldiers, added a bunch of off-road racing components, and came up with a personnel carrier that has amazing rock-climbing capabilities. Yet 70% of the parts came right off the shelf.

That is exactly the kind of involvement from the auto industry that the Army is looking for. And yet, most suppliers are unaware of how much opportunity is lying out there just waiting for them to bid on it.