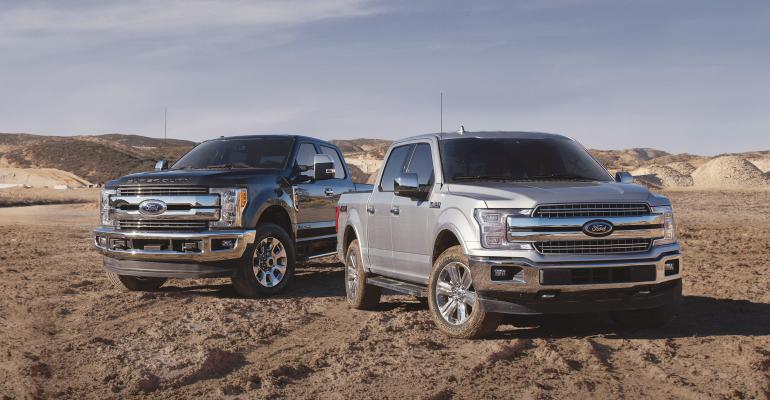 China is estimated to have at least 14 million units of excess capacity. That’s the equivalent of 56 assembly plants sitting idle.

General Motors, Ford and FCA sure make a lot of money selling pickup trucks. In fact, none of them could survive without the profits from those trucks.

They are the highest-volume products they sell, and a key reason why those trucks are so profitable is they are protected by a 25% import tariff.

Thanks to that, the U.S. doesn’t import any trucks from outside North America.

Meanwhile, on the passenger car side of the business, it’s a completely different story. The import tariff is a measly 2.5%, so the U.S. imports 3.8 million cars a year from about a dozen different countries outside North America.

No other car-producing country imports anywhere near that number of cars, not even on a percentage basis. It’s a key reason why the Detroit Three are dropping most of their passenger cars in the American market and why GM is closing some plants. For the most part they can’t compete.

Some will point out that Toyota, Honda, Nissan and Hyundai-Kia are able to make passenger cars profitably in the U.S. And it’s true, they can. But Detroit-based automakers must build their cars with $63 an hour (with benefits) UAW labor while foreign-based automakers with non-UAW plants pay $50 an hour or less. That’s a big cost advantage, but the answer is not to get UAW workers to lower their standard of living. The answer is to get a higher standard of living for the transplant workers. And there’s a way to do that.

Those countries have higher tariffs or protective policies because they defend their auto industry jealously. And with good reason.

The auto industry is phenomenal at creating wealth. It generates jobs through every layer of the socioeconomic stratum, from the shop floors to the executive suites. It purchases more high-tech equipment, from computers to robots, than any other industry. And it generates billions in tax revenues. It is the backbone of industrial might in every country where it exists. That’s why they protect it.

I was taught that free trade is the best way for any country to conduct its business. And I still believe that. But if your country opens its borders and lowers its tariffs while your trading partners do not, they’re going to end up taking that business and the jobs that go with them.

Thanks to low tariffs, the U.S. has some of the lowest prices for new cars anywhere in the world. But while consumers and retailers have benefited greatly from that, we’ve seen large swaths of the industrial heartland hollowed out, and the pain has been horrific.

Communities were decimated as factories closed and their tax base evaporated. Slowly but surely they could no longer properly fund their schools. They had to cut back on basic services. And as more and more jobs disappeared, hope vanished with them.

This all happened relatively quickly with insufficient time to adjust and build up something else to take its place. So, is it any wonder that opioid overdose deaths are the highest in once-vibrant communities across the industrial Midwest, or that the region has the second-highest suicide rate? I believe there is a direct correlation.

Now, as car sales start to slow in markets across the world, auto-producing nations are hoping to ramp up exports to keep their home factories humming. And they see the giant U.S. market with its low tariffs on passenger cars as the perfect place to ship them. This is especially true of China, which is estimated to have at least 14 million units of excess capacity. That’s the equivalent of 56 assembly plants sitting idle!

The last thing the U.S. needs is a couple of million cars getting shipped over. That would absolutely cripple if not destroy auto manufacturing here.

It’s time to take a lesson from those tariffs on trucks and apply them to passenger cars. It would hurt retailers who sell mostly imported cars, so it would have to be phased in over several years until production could be moved to the U.S.

No doubt our trading partners would be furious, but we could also use this as leverage to negotiate free trade-agreements with them, where both sides agree to lower tariffs, as the U.S. and South Korea have done.

President Trump threatened to raise tariffs on imported cars, but then he postponed making any decision, supposedly until the end of this year. He may even delay any decision at that time, but even if he imposes higher tariffs he would not be the first president to do so.

The Obama Admin. raised tariffs on imported tires from China in 2009, then raised them again in 2015. The result? At least 10 tire makers from China, Korea, Japan and Europe have built or are building new tire plants in the U.S. Even though the tariffs were aimed at China, everyone got the message.

A lot of economists and business publications sneered at Obama’s tire tariffs, claiming they raised tire prices and hurt taxpayers. But those tariffs sure helped the communities where those plants were built.

Besides, I have a problem with those sneering analyses. They focus exclusively on economic costs. It’s time to start including the social costs in communities that are devastated by our trade

policies. That would change the calculus. And the way to get everyone’s attention focused on that is to raise tariffs on imported cars.