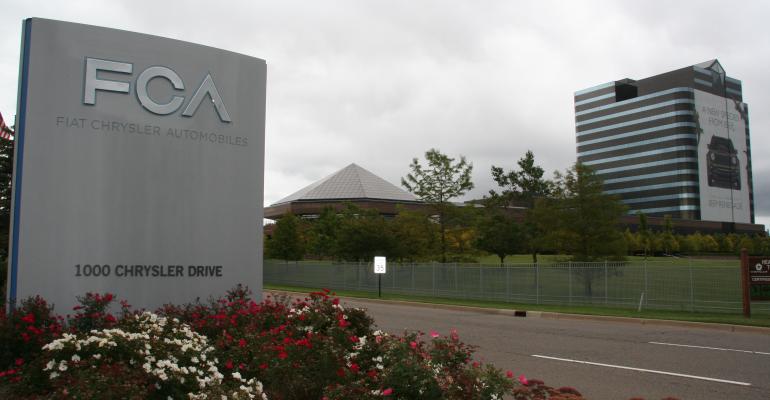 FCA
Many still call it Chrysler, but company was renamed FCA U.S. in 2014.
Industry News

Another Merger for Chrysler? Here We Go Again

The two companies claim no job losses with this merger, but they’re going to be mighty tempted to cut jobs in North America because it won’t be tolerated in Europe.

The FCA proposal to merge with Groupe Renault has me worried. My worry is purely selfish. I live in southeast Michigan, and I fear this merger is going to hurt the region I live in.

Tens of thousands of employees of the former Chrysler – renamed FCA U.S. in 2014 – live in my backyard. There are 15,000 employees at its world headquarters and technology center in Auburn Hills, alone; there are thousands more in manufacturing and assembly plants in Sterling Heights, Warren, Trenton, and of course, Detroit.

The proposed FCA-Renault merger will be a completely European affair, and there will be no American voice in the ownership of the new structure, even though Chrysler generates most of the profits.

FCA and Renault are in trouble in Europe. Their manufacturing plants operate well below their break-even point and their profit margins are insufficient to keep feeding the voracious capital-expenditure beast. They need to eliminate excess manufacturing capacity, consolidate powertrains and platforms and gain more purchasing scale.

The two companies claim no one will lose their job with this merger, but they can’t make that promise for the long term. And when they start to look for “synergies and efficiencies,” they’re going to be mighty tempted to cut jobs in North America because cutting jobs in Europe will not be tolerated.

Remember, Renault is partly owned by the French government, and even though its ownership will be diluted if the merger goes through, it only has one goal for Renault: Generate more tax revenue and jobs in France. It’s a key reason why Nissan is so uncomfortable with the so-called Renault-Nissan-Mitsubishi “alliance.”

Fiat’s capacity problem in Europe has eased somewhat but only by building fewer Fiats in Italy and making Jeeps there instead. And more Jeep models are on the way. The city of Detroit is extremely lucky that FCA already announced it will build a new plant there to make Jeeps, because with an FCA-Renault merger, there will be enormous pressure to create manufacturing jobs in Europe, not in Detroit.

When Sergio Marchionne wrote his famous 2015 “Confessions of a Capital Junkie” presentation, one of the most promising areas he saw for cutting costs was eliminating all the overlap in powertrains. Every automaker makes engines with similar displacements and horsepower. They make transmissions that are the same size with the same number of gears. Sergio knew he could save billions by teaming up with a partner and eliminating all that overlap.

FCA and Renault will want the same savings, but I worry that will come from eliminating powertrain engineers in the U.S. And I worry that it won’t stop there. Finance, human resources, purchasing, and every other corporate function you can think of will be in danger of being downsized, because again, job cuts will not be tolerated in Europe.

The Dodge and Chrysler brands also could be on the chopping block. None of FCA’s plans ever mentions them. Instead, FCA gushes about the potential for Alfa Romeo and Maserati, even though sales and profits are plunging at Maserati, and Alfa has come nowhere near its promised potential. The only thing that’s going to fix them is more investment, and the Dodge and Chrysler brands that represent iconic Detroit muscle cars and minivans likely could be starved to free up the money.

Poor Chrysler. The famous “merger of equals” with Daimler turned out to be nothing of the sort. Its experience with Cerberus was a disaster. Thankfully, Fiat’s ownership of Chrysler has seen a near-miraculous turnaround. But make no mistake, they both needed each other. Without Chrysler’s incredibly profitable pickups and Jeeps, Fiat would have gone bankrupt.

Look, I have no problem with FCA wanting to merge with another automaker. There’s no choice, it must. And I recognize that cuts will need to be made. I’m just worried that it’s the U.S. side of the operation that will carry the brunt of any cost cutting. And I’m worried from a purely selfish standpoint.