Boasting an eye-popping 184 hp/L, Volvo&rsquo;s turbocharged and supercharged 4-cyl. Polestar started life as a racing engine before it found its way into family haulers.

Correct us if we’re wrong, but don’t most production-based race engines start life as street engines? Then they are beefed up, tested and developed into high-powered, near-bullet-proof high-revvers by teams of talented racing engineers.

That is the usual process, but Volvo reversed it with its potent 2.0L Polestar engine.

It was 2011 when Polestar, then a separate entity working with Volvo, began racing an early prototype version of what is now Volvo’s Drive-E turbocharged and supercharged (call it “double-charged”) 2.0L 4-cyl. in a race-prepped Volvo C30 in the international FIA World Touring Car Championship.

A key objective was to develop a race engine based on the next generation of Volvo engines. It proved to be one of the strongest engines in the series.

“We have been involved quite a lot in the development from the very beginning,” says Polestar research and development manager Henrik Fries.

“Our race-engine engineers were developing this engine together with Volvo. We worked hand-in-hand with them and helped with the final spec, and the current WTCC engine is much better than the 2011 version because of all the upgrades developed in cooling and other technology improvements.”

It began as Flash Engineering in 1996, was rebranded to Polestar in 2005, became an official partner in 2009 and was purchased by Volvo in 2015. Fries has been responsible for all Polestar vehicle and engine development since 2011.

It also boasts a larger turbocharger, higher-flow intake and exhaust systems, stiffer valve springs, a more aggressive intake cam profile and a higher-pressure fuel pump. “We basically had to change everything in the intake system, from the air filter through all the tubing to the bigger turbo because it had too many flow limitations,” Fries says. 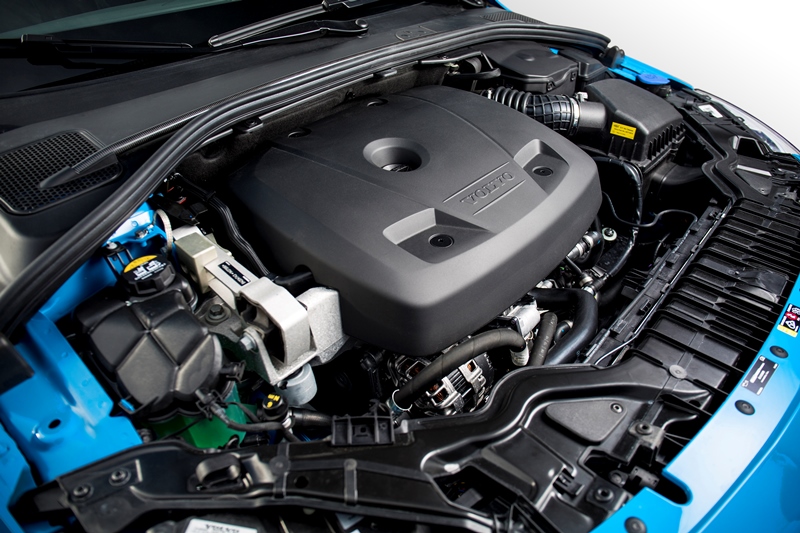 “And when we started, we were a private company outside of Volvo, so everything we did, we had to convince the development team inside Volvo that it was possible.”

For example, changing the catalytic converter and going to a 3.0-in. (76 mm) exhaust system was deemed “impossible” by some who believed it would overheat some areas under the car.

“We really did our homework to prove it would work,” Fries says. “And we did it with the race team approach of looking at every detail and questioning whether we could change it to a more optimum configuration.” The Polestar team even worked with the assembly plant to revise the process of marrying its engine to the body to resolve an issue with an airflow-restricting tubing bend.

The happy result of all this hard work for enthusiasts is truly impressive performance. “What a beast!” exclaimed WardsAuto editor James Amend on his scoresheet. “It darts off the line like an Olympic sprinter. It’s got tons of torque – early and often.”

And with their mid-4-second 0-60-mph (97 km/h) acceleration capability, the Polestar S60 and V60 midsize sedan and wagon are the quickest cars Volvo has ever offered.

What was the toughest challenge in wringing so much power out of just two liters of displacement?

Not surprisingly, Fries cites the difficult balance of all that output with the necessary efficiency. “That is always tough,” he says, “especially when we realized quite soon that we had to lower the compression ratio to increase the power, which normally gives you worse fuel economy.

“We had a target. In our first two years of Polestar production cars, we had the very nice 6-cyl. engine. So when we had to change to this 4-cyl. engine, we really needed to beat the old engine. We had very high objectives to increase power and performance and at the same time reduce emissions and fuel consumption.

“And I think we have balanced that quite well. We have 17 hp more than the old six, but have reduced the fuel consumption. It is a little bit higher than the standard T6 engine, but I think we have found a good balance between efficiency and high output.”

Fries is not concerned such high specific output will negatively impact reliability and long-term durability.

“Cooling is the key to durability,” Fries says. “The cooling in the head is one key factor. We have not boosted it for the Polestar version, but the 306-hp T6 engine itself has a lot of cooling capability with more flow (compared with the T5), and the head is very specific to handle that power.”

Not long after being sold by Ford to China’s Geely, Volvo surprised industry observers by announcing it would dump its old but nicely engineered 5- and 6-cyl. engines in favor of an all-new family of I-4s, some turbocharged, some double-charged, some in gas-electric hybrids. But the T5 turbo 2.0L was a 2015 Wards 10 Best winner, the T6 took home a 2016 trophy, and now this brilliant 362-hp Polestar version makes it three years in a row.

Fries is quick to add development of this muscular Polestar 2.0L has been very much a team effort. “A lot of people within the Volvo powertrain department are heroes,” he enthuses. “We are small volume, between just 1,000 and 2,000 cars per year, and we really ask a lot. But a lot of people are helping us. It’s a small but very dedicated team who really love the idea of this engine.”