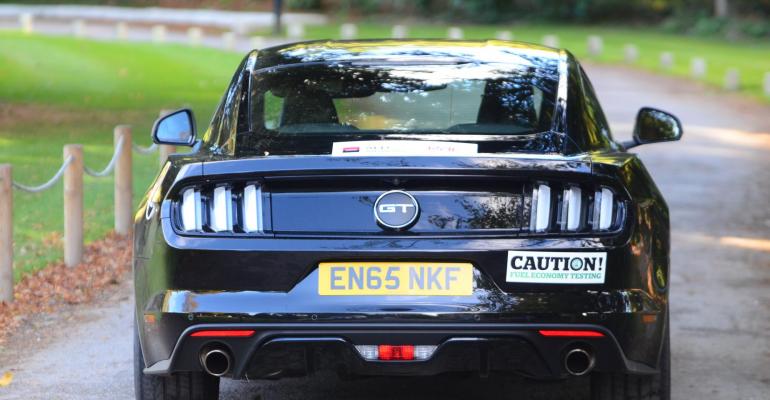 The result dwarfs the previous highest-economy marathon improvement of 39% set in 2014 by Formula Ford drivers at the wheel of a Fiesta ST.

The Mustang already has won the hearts and wallets of U.K. motorists by topping both the sports car sales charts and the residual-value tables, fending off premium challengers including Porsche, BMW and Jaguar.

“The Mustang was perfect for the MPG Marathon owing to brilliant steering, handling and road-holding,” Ex-Works rally team Andy Dawson and Andrew Marriott say in a statement. “We were able to let the ’Stang follow the road, with minimal brake use or wasted energy.”

“Since right-hand-drive Mustang arrived here at the beginning of the year, over 3,000 have been delivered to proud new owners – two thirds of them with 5.0L V-8 engines,” says Kevin Griffin, sales director-Ford of Britain. “They powered Mustang to the top of the sales charts as the U.K.’s top-selling high-performance sales car.

“But a high power rating need not necessarily mean excessive fuel consumption – as this year’s MPG Marathon has demonstrated.”