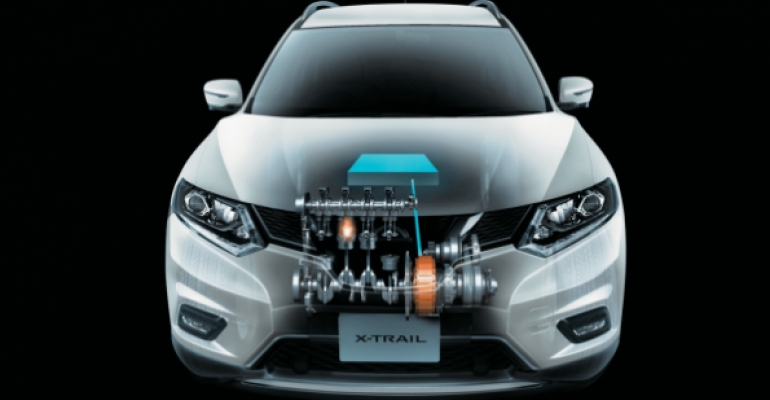 The government wants 1.2 million electric vehicles and 690 charging stations operating by 2036 and the Board of Investment last year approved incentives for EVs.

The Electric Vehicle Assn. of Thailand says given its market size, the EV take-up rate in the Southeast Asian country is too low.

The government wants 1.2 million EVs and 690 charging stations operating by 2036 and the Board of Investment last year approved incentives for EVs, including tax holidays of five to eight years for auto and parts makers.

Three HEV models have been locally assembled since 2009: the Toyota Camry, Honda Accord and Nissan X-Trail.

Mercedes-Benz assembled its BlueTEC hybrid engines in Thailand in 2013 before upgrading to the PHEV platform in 2016. It now produces four EV models.

Toyota, which assembles 7,000 HEVs a year and makes 70,000 EV batteries, was the only automaker to receive Board of Investment privileges for HEVs last year.

Yossapong tells the newspaper he sees PHEVs being the game-changer in creating demand for charging stations in metropolitan and urban areas.

“There were zero charging stations at the beginning of 2015, and today there are almost 200 stations in Bangkok,” he says. “Private firms have developed and constructed 60%, while the rest were subsidized by the government.”

The 83-member EVAT was formed at the end of 2015 to promote EV manufacturing, research and development in Thailand.

It subsidized 94 stations last year, including 53 private firms, 21 government agencies and 20 state-owned enterprises. In March the fund will hand out TB20 million ($636,100) for another 31 charging stations.

Yossapong tells the newspaper EPPO expects 150 EV stations to be in operation by 2018 through the fund’s support.

He says the number of EV motorists is increasing and the number of stations is rapidly becoming insufficient, predicting “the private sector will jump into expanding the number of charging outlets.”