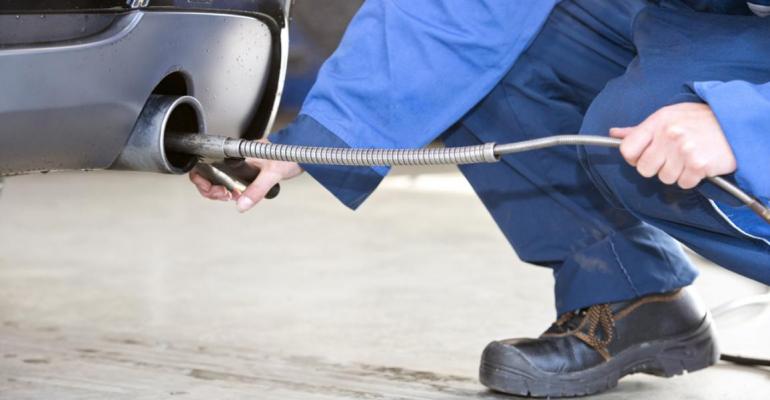 Some European Parliament members want tougher centralized controls in the wake of Dieselgate. The scandal has spawned accusations that regulators at the national level have turned a blind eye to type-approval breaches by automakers.

The EU Council of Ministers, which represents EU governments, instead approved a “general approach” of principles, which would beef up cooperation between national authorities – but not give the EC more power over type approval, defined as confirmation that a vehicle meets specified performance standards.

The move likely will pit the Council against the EC and particularly lawmakers in the European Parliament who want tougher centralized controls in the wake of the Volkswagen Dieselgate scandal. Regulators at the national level have been accused of turning a blind eye to type-approval breaches by automakers.

It also promises a stormy road ahead for negotiations between the three EU institutions on the text of new type-approval regulations. Both the Council and Parliament must approve a final system or else the proposal will fail and the existing system will stay in force.

Rather than the EC overseeing national type approvals, the Council wants the establishment of a forum – an inter-regulatory body tasked with exchanging information on enforcement. This would be composed of national type-approval and market-surveillance authorities.

A spokesperson for the ACEA, the European automakers’ group, backs the idea, telling WardsAuto a forum “has the potential to bring uniform interpretations to the system and increase EU oversight on type approval.”

The Council also wants to institute peer-review audits of national type-approval authorities at least once every five years. However, type-approval authorities that farm out all their technical services work to organizations with accreditation for following internationally recognized standards would be exempted from such reviews. National accreditation bodies would be involved in assessing technical services through joint teams.

Technical services also would be strengthened under the Council plan with new powers to control automakers, including spot checks. The ACEA spokesperson says, “The strict criteria for technical services, based on international standards and applied by accredited bodies, could also further improve the quality of vehicle testing.”

The Council system still would enable the EC to play a role in market surveillance, carrying out spot checks on cars to verify compliance, and it would be allowed to flag and react to irregularities. Member states also would be involved in such responses.

Before the Council of Ministers’ vote, Elzbieta Bienkowska, the EU’s internal market, industry, entrepreneurship and SMEs Commissioner, pointed out three key areas where the EC and the European Parliament wanted “more ambition,” starting with checks on new car models. The Parliament wanted one in 20 models on the road checked, but the Council supports checks on at least one in every 50,000 new vehicles registered in each EU country.

Another bugbear is that the Council wants to restrict the EC’s right to fine automakers €30,000 ($33,700) per car found in violation of type-approval laws, which is in the Parliament’s proposal, if a member state already has punished an automaker. Bienkowska asks, “How can we possibly deliver that single market if the same offense by a manufacturer will be punished 28 or 27 different ways?”

But the fact that Malta, which holds the EU’s rotating Council presidency, was able to broker the deal at all between very different national positions is winning widespread praise. “This paves the way for governments, the European Parliament and the European Commission to start their negotiations with a view to reaching a final agreement by the end of the year,” the ACEA

Just days before the meeting of the Council, it had looked as if the EU’s biggest member state, Germany, would reject the deal. But Malta’s economy minister, Chris Cardona, urged his colleagues to support the compromise, saying “any further changes would upset the just balance” in negotiations.

Bienkowska also urged ministers to back the text, saying it could be fine-tuned later. “Almost two years into the emissions scandal, we continue to hear of new allegations, revelations and investigations,” she told the Council. “It will never finish if we do not have in Europe a new, robust system.”

Critically, Germany is pushing for “clear” criteria for a waiver from the EU’s ban on the  emissions-defeat devices at the heart of Dieselgate. Germany also wants formation of an EU clearinghouse system able to rule on disputes regarding type approval between member states.

Environmental and consumer campaigners are blaming German influence for what they regard as the Council’s less-than-satisfactory approach.

Monique Goyens, director general of the European Consumer Organization, says, “Clearly under pressure from Germany, (member states) have agreed on a package of half-baked measures that risk turning the entire reform into a paper tiger.” Goyens further is unhappy that ministers have turned “a blind eye to conflicts of interest in car testing by allowing the continuation of direct payments between car makers and test laboratories.”

Bas Eickhout, a Dutch Green Party member of Parliament, says the council watered down the proposal and adds, “It’s now up to the Commission and the Parliament to bring back the necessary checks and balances during the (negotiations) to avoid the Dieselgate scandal happening all over again.”

The parliamentarian responsible for piloting the measure through European Parliament votes, British Conservative MEP Daniel Dalton, says, “Clearly there are differences between the two positions,” but this is “normal in the legislative process.

“The details can and will be worked out. What is most important, though, is that there is recognition on both sides that there must be improvements made throughout the type-approval process.”