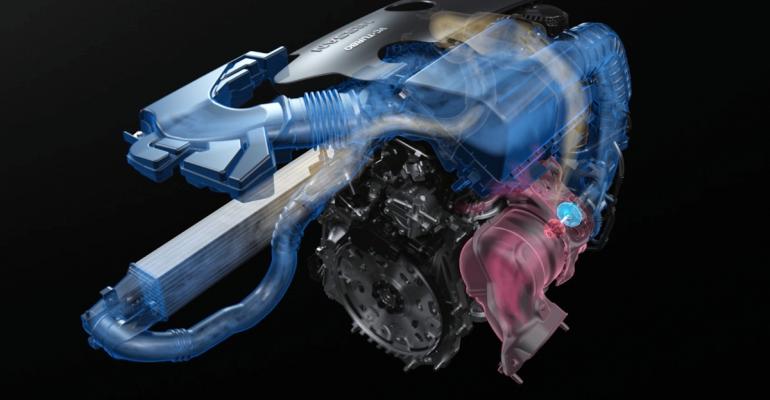 Nissan’s world-first variable-compression-ratio 2.0L turbocharged 4-cyl. made quite a splash when it was introduced in the ’19 Infiniti QX50.

But this remarkable engine also will be available in the ’19 Nissan Altima (SR and Platinum FWD) grades when the all-new midsize sedan arrives this fall.

Clearly, it’s destined to be much more than just a high-tech engine for Infiniti-branded vehicles. It also is expected to migrate into a variety of Nissan products, though mostly upper-level models due to its higher cost.

Meanwhile, Nissan will offer the new PR25DD 2.5L I-4 as the standard engine with lower trim levels.

The VC engine has been in development more than 20 years. Its world-first multi-link connecting-rod system, powered by an electric motor through a unique “harmonic drive” reduction gear, continuously varies piston stroke from 88.9 mm to 90.1 mm and displacement from 1,990 to 1,997 cc and compression ratio from 8:1 (for high performance) to 14:1 (for high efficiency).

Tested against comparable rivals, it provides both a roughly 1-mpg fuel economy benefit and a 1-second 0-60 mph (0-97 km/h) acceleration gain, according to Nissan.

While all-wheel drive will be offered with the standard engine (the only segment competitor with AWD is Subaru) it will not – at least initially – be available with the VC Turbo.

It switches between multi-point and direct fuel injection, the former for more complete low-load combustion, the latter for performance, efficiency and knock avoidance at high compression ratios. Both work together at high loads.

Electronic variable valve timing enables the engine to switch between Atkinson and regular combustion cycles to optimize performance and efficiency throughout the compression-ratio range.

While the added variable compression hardware makes it some 22 lb. (10 kg) heavier than competitive 2.0L turbo 4-cyl. engines, it partially compensates by eliminating the need for balance shafts. Somewhat surprisingly, the VC system is designed primarily to optimize performance (and therefore customer satisfaction) rather than efficiency.

Its world-first thermal-insulated resin intake port uses an air layer to cool intake air and its overall NVH is substantially improved, partly because its lower profile, thanks to a “reverse” cylinder head with integrated exhaust manifold and low engine mounting in the new platform, helps reduce vibration noise by five decibels.

The integrated exhaust manifold improves both packaging and catalyst heating.