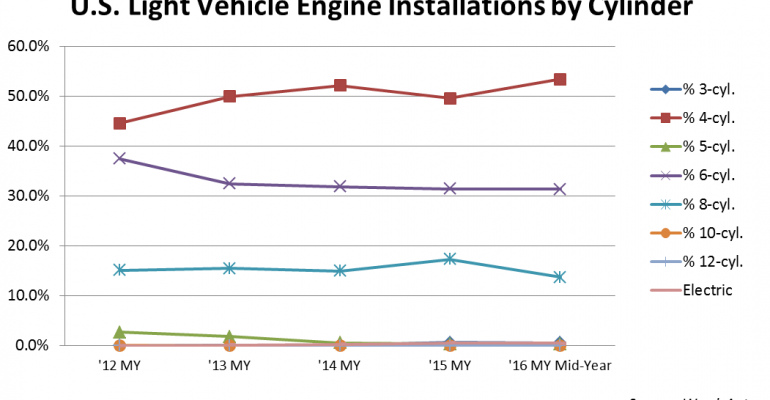 An exclusive WardsAuto survey of engines installed in ’16-model domestic and import light vehicles shows a modest increase in the use of engines having less than six cylinders to 54.3% at the midway point in the model run from 50.5% for the entire ’15 model year.

It marks the highest rate of 4-cyl. application in six years, rising from 43.5% in model year ’10. It also surpassed the prior modern-day peak of 52.2% established in the ’14 model run, before a series of staggered introductions and a surge of large V-8-powered pickups and CUVs trimmed the percentage of 4-cyl. LVs in ’15.

Although the current surge in light-truck production could have some effect on 4- and 8-cyl. engine rates by the time the ’16 model run closes, the impact likely would be negligible.

Meanwhile, the use of turbocharged gasoline engines surges to a record 22.8% in the ’16 survey from prior-year’s 17.3%, while that of turbodiesels is down sharply to 2.6% from 5.4%

The diesel decline is due mostly to Volkswagen’s withdrawal from the ’16 diesel-car market following the Dieselgate scandal and it remains to be seen if the engines in general can stage a comeback any time soon. 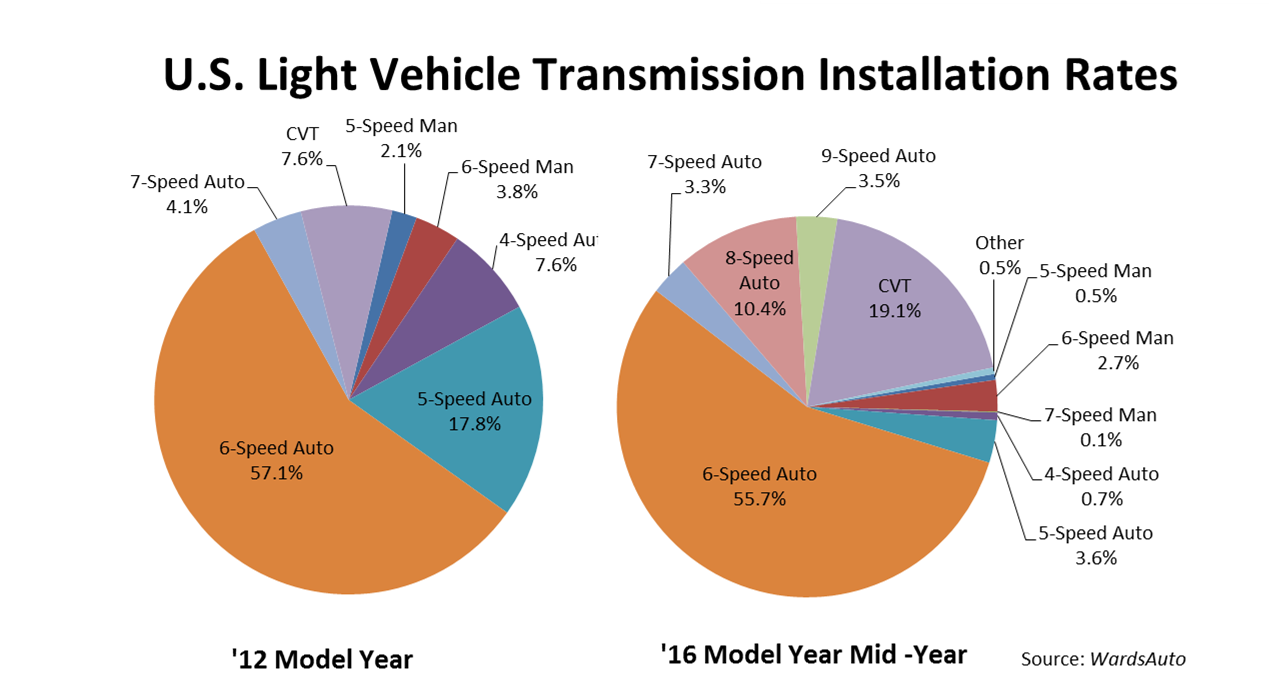 Over the 4-year period, the venerable 4-speed automatic falls from a 7.6% share to a mere 0.7% in ’16, as it rapidly headed toward oblivion. The 5-speed automatic is not far behind after declining to 3.6% from 17.8% over the same timeframe.

Despite a checkered history of on-and-off usage, the CVT recently has enjoyed a continued growth spurt, peaking at a record 19.1% so far in ’16. That marked a fourth consecutive record beginning at 9.6% in ’13, erasing the prior high of 9% in ’10.