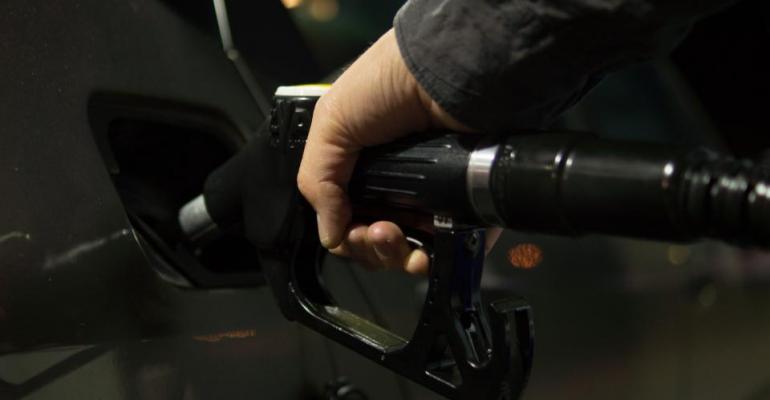 The latest proposed controls &ldquo;are paving the way for a future &lsquo;petrolgate&rsquo; air-pollution scandal,&rdquo; an environmental-advocacy group says of the European Commission rules under discussion.

BRUSSELS – A leaked draft of proposals for a new European Union regulation on real-driving emissions from cars and light-commercial vehicles would allow the vehicles to emit 50% more potentially lung-cancer-causing particulates than under current air-quality standards, an environmental group claims.

A spokesperson for Transport & Environment, a sustainable-transport organization, contends the proposals amount to efforts to weaken already-inadequate regulation. The latest proposed controls “are paving the way for a future ‘petrolgate’ air-pollution scandal,” T&E claims.

Lucia Caudet, spokesperson for the European Commission’s directorate-general for internal markets, industry, entrepreneurship and small and medium-sized enterprises, tells WardsAuto the draft, called RDE3, is being discussed by the EU’s Technical Committee of Motor Vehicles, with a vote expected by year-end.

Afterward, the European Parliament and EU Council of Ministers have three months to assess, accept or block the proposal.

Under the draft seen by WardsAuto, the EC sets a 50% “permissible tolerance” level in RDE tests using the portable-emissions-measurement system for particle-number emissions in gasoline direct-injection engines.

Florent Grelier, T&E’s clean-vehicles engineer, says the EC proposes a 50% conformity limit because portable systems have a greater measurement error on the road compared with different devices used in laboratories.

“Our position is it should be 30%, based on results from the Commission’s in-house Joint Research Center,” Grelier says, noting the auto industry has asked that the tolerance level be set at 300%.

“Our other concern is that the current (portable) devices do not measure the whole range of particles,” he says. “The current EU particle definition is based on particles emitted by diesel engines, while those emitted by new petrol-engine cars are much smaller and more harmful to human health.”

For T&E, the solution to these ineffective tests is a stricter regulation demanding automakers fit a gasoline-particulate filter on all new gasoline-powered cars, which it claims would result in emissions being about 100 times lower.

These filters already are available, efficient and inexpensive, costing about $27.50, Grelier says. “Volkswagen will start using them from mid-2017 and Mercedes-Benz and PSA Group have announced they will fit them very soon on some models. And the (Joint Research Center) concluded it’s an efficient system.”

However, Caudet says although the EC, the EU’s executive branch, “sets the required limits for particle emissions, it does not prescribe the technology being used by manufacturers to do so.”

Caudet says the 50% margin “mirrors the uncertainty of the best equipment currently available in the market. As the technology improves, we will be able to reduce it further, including a review clause in our proposal as we did for the second (real-driving emissions proposals)” which covered diesel vehicles.

“The 50% therefore can’t be considered final,” she says.

A spokesman for ACEA, the European automakers’ group, says the organization will not comment on leaked documents, but insists (Joint Research Commission) tests revealed a 250% deviation in particulate emissions on-road compared with laboratory results, “so a suitable margin of error must be provided” when establishing the particulates target.

“Measuring (particulates) is very difficult on the road and in the laboratory as the particles are extremely small,” the spokesman says. Unlike the on-road testing devices developed to measure nitrogen oxide, the technology for measuring gasoline particulates still is in commercial development and likely to be inaccurate.”

ACEA argues the new devices will not be reliable enough to perform the checks required from September 2017 under EU legislation. “It is therefore essential that legislation is based on the real performance capability” of the new portable-emissions-measurement devices.

ACEA also warns using gasoline-particulate filters “will likely require a complete redesign of the exhaust system and surrounding bodywork and/or components,” so legislation must be introduced “in a timely manner to give manufacturers legislative certainty,” the spokesman says.

The spokesperson cites a study by the U.S.-based International Council on Clean Transportation study estimating the long-term production cost of a gasoline-particulate filters at $88 to $143, depending on the engine size.