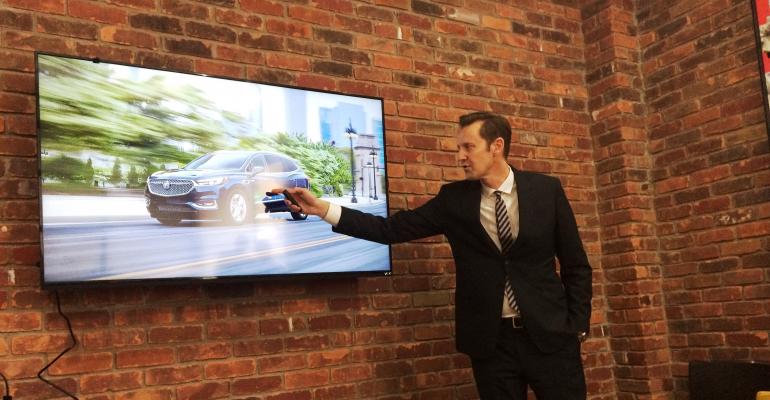 Buick to Get Busy With EVs, Brand Chief Says

GM Vice President Duncan Aldred declines to offer specifics about the Buick EV plan but says the strategy will employ a number of electrification plays.

ROYAL OAK, MI – When General Motors revealed its ambitious battery-electric vehicle plan last month, the automaker called it a multi-brand strategy. But Buick likely will play a prominent role in the early stages of the 20-product rollout.

WardsAuto and its forecasting partner AutoForecast Solutions expect Buick to receive an EV off the Chevrolet Bolt platform in 2019. It likely will be a package similar to the Buick Encore compact CUV and, as such, the first product in GM’s EV blitz for the retail market since the Chevrolet Bolt arrived late last year.

GM last month pledged two new EVs in the next 18 months and 20 electric or hydrogen-fuel-cell EVs by 2023 as part of an all-electric future for the Detroit automaker.

But if Chevy is the tip of GM’s EV spear with the Bolt, consider Buick the shaft.

Buick is GM’s second-best-selling brand globally and the No. 4 brand overall in China, where government regulations in the world’s largest market will demand 10% of an automaker’s sales by 2019 carry a New-Energy Vehicle score linked to the production of zero-emissions and low-emissions vehicles. It rises to 12% in 2020, while Beijing continues to formulate a timetable for phasing out the internal-combustion engine in the future.

“A lot of the electrification adoption will be driven by legislation,” Aldred tells WardsAuto on the sidelines of an event here showcasing Buick’s biggest offering in the U.S., the 7-passenger Buick Enclave large CUV.

“There’s a race already in China, because they are putting out some very strict (emissions) criteria for manufacturers to meet,” he says.

Aldred declines to offer specifics about the Buick EV plan but says the strategy will employ a number of electrification plays, not just battery EVs.

“We will have multiple entries in a fairly short period of time,” he says. “We’re GM’s biggest brand in the world’s biggest market. You’ll see a number of different technologies to go toward (our) zero-emissions objective.”

Electrification would seem to be a good fit at Buick, which recently revived its eAssist propulsion system option for the LaCrosse in the U.S., because spirited performance is one of the retooled brand’s pillars and electric motors offer lots of punch.

However, as a premium brand Buick also outfits its cars with a degree of luxury. Items such as premium seats and high-end audio and infotainment systems add weight when EVs tend to be as lean as possible to squeeze out every mile of range from their batteries.

Aldred says given the pace of GM’s battery R&D, he does not expect to sacrifice range for creature comforts in a future Buick EV.

“The battery technology we are developing now, as well as the next generation, is impressive to the point where there won’t be any sacrifices,” he says.

The executive says electrification will be a uniquely good fit at Buick because the brand puts a premium on industry-leading levels of interior quietness.

“You talk about quiet tuning, nothing is better than electric,” he says. “The sense of well-being in the cabin, the serenity, is delivered ultimately by pure electric. It fit that brand exceptionally well.”

At the same time, Americans continue to favor gasoline over electricity as their propulsion of choice by a wide margin. U.S. lawmakers, meanwhile, lack the political will of their Chinese counterparts to legislate EVs into the mainstream. It will lead Buick to deploy its electrification in China first and then parse it out in the U.S. as the market develops.

“Because we are so successful in China, it gives scale and leverage in North America,” he says. “We will have multiple (electrified) entries in China over the next few years. When, and if, the market develops here we will be in good shape.”

Buick has executed that play before, bringing the Envision midsize CUV from China last year to plug a gap in its U.S. portfolio. The brand sold 836,088 vehicles in China through September, compared with 159,530 so far this year in the U.S.