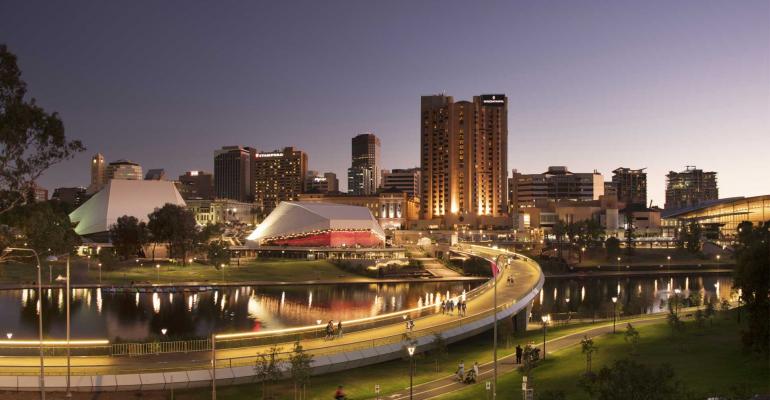 The state aims to replace a significant proportion of Adelaide&#39;s government fleet with electric, hydrogen, hybrid and other vehicles in the plan for the capital city of 1.25 million people over the next three years.

As part of the plan for the city of 1.25 million people, the government wants to replace a significant proportion of its fleet with electric, hydrogen, hybrid and other vehicles over the next three years.

“The purchase of around 2,000 low-emission vehicles will also help drive innovation, investment and jobs in this growing industry,” state Premier Jay Weatherill is quoted as saying in a Mitsubishi Australia news release.

South Australia is considering a range of initiatives as part of its commitment to achieve net zero emissions by 2050.

Parent company Mitsubishi says it welcomes the South Australian move to increase its fleet of low-emissions vehicles 30% as the state transitions to a low-carbon economy.

Board Chairman, President and CEO Osamu Masuko recently met with Weatherill to tell him Mitsubishi will supply the state government with plug-in hybrid and electric vehicles from its current and future vehicle range.

“Mitsubishi Motors is a world leader in the development of advanced electric and plug-in-hybrid automotive technologies, and we are ready to support the government’s move to increased energy efficiency through low-emission vehicles like the Mitsubishi Outlander PHEV,” Masuko says in a statement.

“We also support government plans to increase the number of electric-vehicle charging stations, which will encourage more South Australian drivers to make the switch to EVs and PHEVs.”

Mitsubishi was the first automaker to introduce a mass-produced EV to Australia, with the arrival of the all-electric i-MIEV in 2010. It was followed in 2014 by the world’s first plug-in hybrid SUV, the Mitsubishi Outlander PHEV.