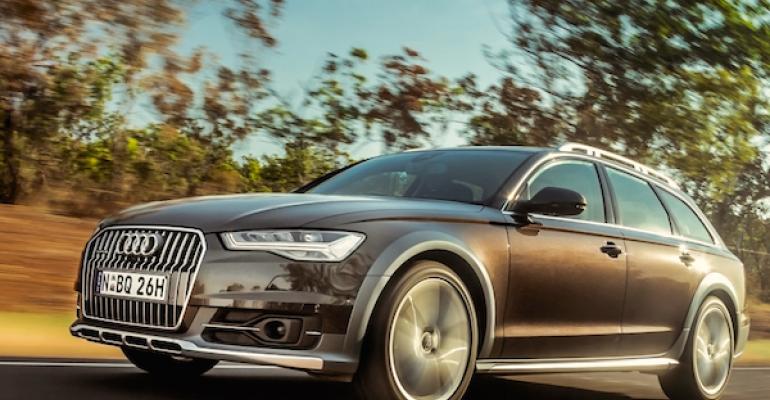 South Korea is wilting under unprecedented severe summer heat, but the climate was hotter still for Volkswagen Korea executives at a hearing on the Dieselgate scandal.

Audi Volkswagen Korea Managing Director Johannes Thammer and other executives pleaded for leniency Monday at a public hearing after the Ministry of the Environment last week announced it was planning to cancel emissions and, in some cases, NVH certification and ban further sales of some 79,000 of its vehicles.

To soften the public effect of the blow, the importer preemptively stopped sales of the vehicles in an order issued July 22 to dealers.

After the hour-long public hearing, held at the National Institute of Environmental Research facilities in Incheon, Thammer and Vice President and Executive Director Jung Jae-kyun said they are working with the ministry and the institute to find a way to prevent the decertification process.

They tell reporters that while mistakes had been made in documenting emissions and NVH certification test results, the vehicles still met the Korean standards.

During the meeting they told Ministry officials they would like to re-apply to have all of the vehicles recertified. Thammer and his team will have to act quickly to win a reprieve, as the Ministry reiterated it will make a final decision on the decertification and sales ban no later than Friday.

The Ministry on July 12 informed Audi VW it intended to press charges and take administrative action to decertify the vehicles. It stated the Seoul Central Prosecutor’s Office had presented evidence the Korean importer faked emissions-certification test reports for 79 variations of 34 Audi and VW models, totaling about 79,000 vehicles.

Before the hearing spokesmen said that if the Ministry decided to accept the Seoul prosecutors’ findings, it would levy a maximum fine, revoke all certification, halt all sales of the involved vehicles and order their recall.

While it may be beyond its legal power, the ministry also is being urged by consumers, news media and watchdog agencies to order VW Audi to fully repay customers for their purchases or lease rental payments.

VW CEO Thomas Kuehl earlier posted a statement to customers on the VW Korea customer website, advising them the Ministry might pull certifications for all 79 variations of all 34 models, but that action would not affect customer warranties.

Kuehl’s statement acknowledges the company is accused of forging the vehicles’ emissions-certification documents. The statement apologizes to customers and says new, refined and rigorous management methods now are in place.

The case now being heard by the Ministry of the Environment is separate from its November 2015 revocation of emissions certification for 28 variations of 15 diesel-equipped basic models of Audi and VW vehicles.

In that case the environmental research institute’s own tests showed Audi VW had falsely passed Euro 5 certification for 125,515 vehicles. The institute reports this was done by using software that kept the stringent emission controls active only during the testing cycle, but relaxed the controls during normal operations.

In that case, the ministry fined the automaker 14.9 billion won ($12.3 million), banned Audi VW units from selling the vehicles and ordered a recall. The ministry also referred that case to prosecutors for possible criminal charges against Audi VW executives.

Since receiving the Ministry order for a recall in that case last November, Audi VW has submitted three different recall action plans. The ministry rejected all three, calling them vague and not adequate to effectively remedy the emissions problem. Audi VW still has not complied with the order.

Including the present case involving 34 models and the case of the 15 models that already have been decertified, more than 200,000 of the roughly 300,000 vehicles Audi VW has sold since 2007 are involved and no longer can be sold in Korea.

In the present case, involving 79,000 units of 34 models, the Ministry may apply a higher fine.

Under the recall ordered last November the maximum fine that could be levied under Korea’s corporation-friendly emission laws was 1 billion won ($880,000) per basic vehicle type. However, consumer outrage caused Korea’s National Assembly to revise the Clean Air Act and raise the fine to 10 billion won ($8.8 million) per unit.

The new regulation becomes effective Thursday. If the ministry applies the higher level, the fine will total 340 billion won ($299 million).

Audi Volkswagen is under fire not from one but two government regulatory agencies, as well as the public prosecutor’s office. Additionally, more than 4,500 vehicle owners are suing the importer for refunds of their purchase or lease payments, and in some cases for personal damages.

The second agency to come down on Audi VW, Korea’s Fair Trade Commission, on July 20 advised it is planning to file criminal charges against 10 former and present executives for false advertising.

The FTC says the advertisements alleged the imported vehicles offered for sale met both Euro 5 emissions standards and provisions of Korea’s Clean Air Act, but the Audi VW executives allegedly knew the cars did not meet Korea’s emissions standards.

The FTC has given Audi VW and the 10 executives five weeks to provide reasons why the executives should not be indicted. A hearing will be held sometime in September.

In addition to these agency actions, the Seoul Central District Prosecutor’s Office is tightening the screws on the German importer, whose sales have fallen 33% in the first six months of 2016, and whose lease rates have been slashed in half because of the ongoing emissions- and NVH-rigging scandals.

Prosecutors say they have found definitive evidence the emissions and in some cases, the NVH test data was forged for the 34 models involved in the current case.

Additionally, they say they have many emails indicating executives in Korea got their marching orders from others in Wolfsburg.

For this reason, prosecutors are subpoenaing seven executives who reside in Germany to appear for questioning in Seoul. They include Trevor Hill, who was CEO of Audi VW Korea from 2007 to 2012. That is the period in which 125,215 vehicles were rigged with software that cheated on Euro 5 diesel emissions tests.

It is believed much of the prosecutors’ documented evidence, including the electronic and paper records, has been corroborated by the Audi VW director responsible for certification testing. That executive was arrested July 12 and charged with filing more than 100 falsified emissions and NVH test documents to illegally procure vehicle certifications.

Prosecutors also have announced, more than once, they are going to ask Thammer, the Audi VW president, to come in for questioning as a material witness. This would be an individual summons in addition to his appearance at Monday’s public hearing in Incheon.

This new questioning could result in Thammer being interviewed as a suspect and possibly charged, according to the prosecutors.

They already have questioned, both as a witness and then as a suspect, Park Dong-hoon, the CEO of Renault Samsung, who served as CEO of Audi VW from 2005 to 2012. Park maintained that despite being CEO his duties were restricted to marketing and sales and he had no involvement with diesel-engine emissions-test rigging or falsification of certification tests.

If the Ministry of the Environment, the Fair Trade Commission and prosecutors aren’t giving VW enough to worry about, the Korean law firm of Barun Law is coming at the automaker with more than 4,500 individual civil lawsuits.

Owners or lessees of Audi and VW vehicles are suing for complete refunds of their purchase of lease payments, and in some cases are asking for personal damages.

Leading the charge for the litigants is Jong Sun Ha, a senior attorney with a strong corporate and automotive background.

Ha is a former president of strategy and planning for Hyundai Group, a separate entity not affiliated with Hyundai Motor Group. For nearly a decade, from 1986 through 1995, Ha was a senior counsel for Hyundai Motor.

Ha has told reporters his clients are demanding the National Assembly enable them to recover punitive damages as well as the cost of vehicle purchases or leases.

Current Korea law contains no measures for punitive damages private consumer lawsuits, not does it allow for consumer class-action lawsuits. All 4,500 suits filed by Ha would have to be heard individually.

A fourth force, Korea’s news media, also is working against Audi-VW in support of customers who bought or leased the defective vehicles.

South Korea’s premier daily newspaper, the Chosun Ilbo, which has a circulation of 2 million, on July 24 published an editorial, “Time for Volkswagen to be taught a lesson.”

It urges consumers to boycott the Audi and VW brands and demands that the government ensures all affected customers are fairly compensated.

The Korea Times and Korea Herald, the country’s two leading English-language are urging the government to enact legislation allowing punitive penalties against the automakers.