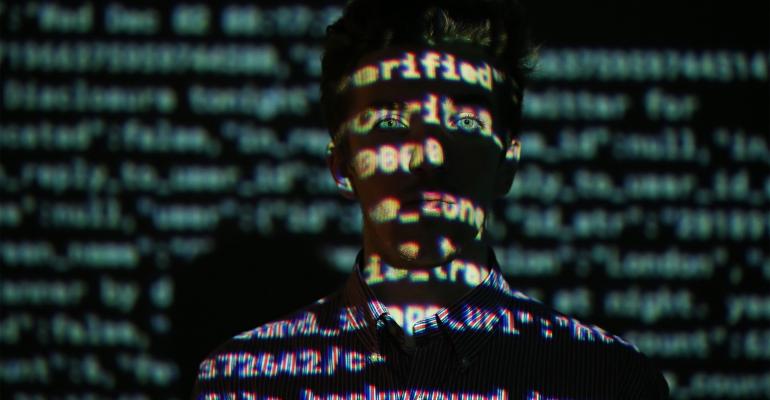 The acceleration of available single-solution software that mines data across the spectrum of the retail operation and turns it into revenue could mean the big-bang moment is drawing near for dealers.

Big Data is about to have a big impact on how vehicles are sold and serviced in the U.S.

The trend toward data-driven sales isn’t new. Dealers have been tracking consumer behavior for years, recording it in their customer-relationship-management systems and using that information to sell them new vehicles and service.

But the acceleration of available single-solution software that mines this data in a cohesive way across the spectrum of the retail operation and turns it into revenue could mean the big-bang moment is drawing near for dealers.

Those unprepared to fully exploit it may be destined to be left behind, some industry insiders believe.

“Dealers do not fully appreciate the power of Big Data yet,” laments Max Zanan, managing director of IDDS Group, specializing in dealership and OEM consulting.

But that may be about to change. Evidence of a coming boom was not hard to find at this year’s National Automobile Dealers Assn. Convention and Exposition in Las Vegas, where the exhibition floor was packed with software and technology specialists – many in towering multi-level booths – offering dealers new and improved data-driven management and marketing solutions.

“We’re just in the adolescent stage (where Big Data is concerned),” acknowledges Jim Nelson, senior director-product for VinSolutions, a key player in the increasingly sophisticated data-mining sector blossoming around automobile retailing. “This is going to continue to grow.”

“It is getting to a point where Cox is the only game in town,” IDDS’s Zanan notes.

But Cox isn’t alone in stepping up its Big Data game in recent months. Everyone from eBay to Facebook, as well as more traditional retail-solutions providers, are amping up their offerings and pitching new ways to turn intelligence on consumer buying patterns, social-media use and vehicle-equity positions into big revenue.

“We’ve had a great run; whether you’re a lender, a dealer, a supplier, everybody has done real well in this market,” says Anil Goyal, senior vice president-operations for pricing at information-provider Black Book, pointing to the U.S. sales boom that saw record new-vehicle volume last year. “(But) we’re coming to a plateauing effect that’s basically going to start to separate the winners from those who are not as diligent about tracking the data and understanding where the trends are.

One thing becoming critical, Black Book executives say, is inventory management, particularly given the glut of off-lease vehicles on their way back to dealers.

The high number of returns – some 5.5 million vehicles between now and 2018 – means retailers will have much more choice when it comes to acquiring good-quality used vehicles at auction, so it will be important to understand which vehicles will move the fastest, at what price and profit margin.

“Folks who are going to take advantage of what’s coming down, by understanding the data trends and planning for it, are really going to do well,” Goyal tells WardsAuto.

One of Black Book’s newest tools is Driven, a quasi dealer network that enables retailers to more easily and cost-effectively trade used cars and trucks within the group to meet customer demand while bypassing the auto auctions.

Bullseye Prospecting is another Black Book product designed to help dealers and their marketing agencies automate customer campaigns by leveraging internal and third-party data on consumer behavior, incentives and vehicle equity and valuation.

Facebook officials have been preaching the Big Data message to dealers as well, telling them to stop thinking of the Internet platform simply as a social-media site and more as a revenue driver.

“We are not a social platform,” says Trace Przybylowicz, Facebook’s Tier 3 industry lead, who works closely with automobile dealers and their marketing agencies. “We are a platform that hosts an absolute ton of people who spend an absolute ton of time (on the site). Across the globe, that’s 1.6 billion people.”

Initially focused more on OE-related advertising, Facebook now is ratcheting up emphasis on the retail side, offering dealers the opportunity to reach customers with targeted messaging by matching information from the dealer’s CRM system with the social-media network’s vast membership rolls.

“It’s digital prospecting, but we give (dealers) the unique ability to contact their best customers and send the right message at the right time in order to prompt sales and service for an existing vehicle, find equity customers (who might want) to renew a lease or just get people to come in and buy a new or used car,” Przybylowicz says.

Facebook also helps dealers target ads to the right people via data from third-party providers such as Oracle, Datalogics and R.L. Polk.

“If you’re pushing the new Camry, for instance, and you want to find everybody with a (midsize) sedan within a 50-mile (80-km) radius to let them know the special you’re running, you can do that,” Przybylowicz says.

In one Facebook campaign, New York-based Paragon Honda pitched a special oil change offer to 200 customers with positive equity in their existing vehicles. As those owners came in for service, they were met with attractive offers to trade in on a newer model. Paragon sold several new vehicles and remarketed another four used cars it took in trade.

The program cost $79 per new vehicle sold, the dealership says, a savings of 80% over a conventional direct-mail advertising campaign. Nearly half of the 200 who received the offer came in for the $9.99 oil change.

The average person checks his or her Facebook feed multiple times a day, and the network can track where people are and what they’re doing online, so it’s relatively easy to target ads to them that are both compelling and timely.

“We call it the rule of thumb in Facebook,” Przybylowicz tells WardsAuto, meaning if an ad is of interest, site users will stop scrolling and click on it. “The dealer has the opportunity to send messaging that has the strongest call to action of all.

“(We’re) truly earmarked to deliver against key objectives in the dealer world, whether that’s loyalty and retention, sell-down, conquesting, in-market shoppers – all of those things.”

Similar to Facebook, VinSolutions is presenting dealers with tools to help convert service customers into new-vehicle buyers. Its TargetPro sales and service management system identifies those with positive equity in their current vehicles, allowing the sales team to be ready with a trade-in proposal the minute the customer hits the service drive.

“I can tell you when that customer has arrived and they’ve opened that (service ticket),” says VinSolutions’ Nelson. “So (a salesperson) can be Johnny-on-the-spot with that cup of coffee and handshake and tell you what you can do to get in a new car today.

“The customers appreciate this too, because part of the dealership’s service…is telling me, ‛Hey, you can actually get into a new car for the same payment or less.’”

VinLense, another Big Data product from VinSolutions that now integrates information from Dealer.com, generates intelligence on what a particular shopper is looking at on the dealer’s website, providing another opportunity to upsell.

“The dealer may have gotten a sales lead on a 2014 Tahoe, but when you look at what that customer was doing on the website, you can see he also looked at Suburbans,” Nelson says, implying there may be a chance to move that buyer upmarket. “Every sales person in the country wants to see what their customer is doing on the website.”

Some 69% say the data is giving them better insight on pricing and, thus, profitability, and 58% say it is providing better insight in managing their inventory procurement. The majority of dealers believe they can avoid a market catastrophe similar to 2008 because the data available allows them to make better decisions, Black Book says.

Facebook’s Przybylowicz may sum up the trend best.

“The opportunity to leverage data and inventory – that becomes an absolute game changer and is something you just can’t ignore. It’s new-frontier-type stuff. People are on board, and it’s great.”

E-Leads Down, Phone Calls Up at Progressive Car Dealership
May 02, 2016