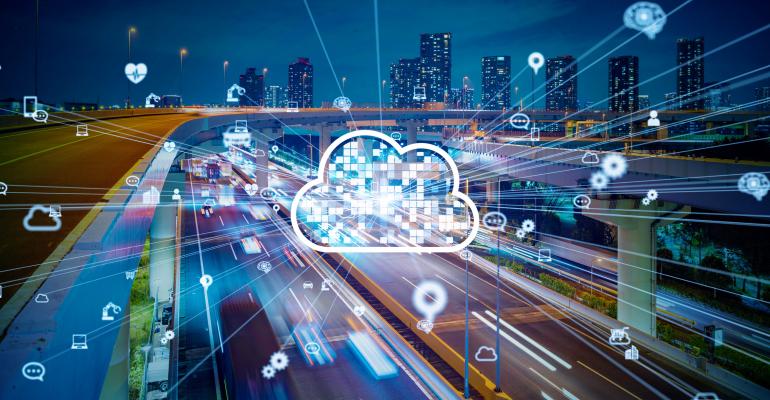 Easy, regular and seamless OTA software patches are a potential win-win-win for automakers, drivers and dealers.

In today’s tech-saturated world, almost everyone knows the benefits of over-the-air (OTA) software updates to computers, smartphones and other connected devices. And if you’ve ever lost a file on your Windows laptop or function on your smartphone following an OTA update, you know there are downsides as well.

With cars becoming more connected and software growing more prevalent in automotive, OTA software updates will be required to keep vehicle systems current and secure. As with our personal electronics, OTA updates in cars have advantages and disadvantages.

For car dealers in particular, advantages of OTA updates include streamlining the software-related servicing of vehicles, increased cost savings and more accurate predictive maintenance. The main disadvantages are the loss of some software-update business and recall repairs and the opportunity to directly interface with customers to provide additional services.

Many automakers already have been sending sporadic OTA software updates of infotainment features such as revised navigation maps or new satellite radio channels. But as vehicles become more software-defined, OTA updates are moving from the dashboard to the engine bay and beyond.

In the same way Tesla has set several new precedents, the electric-only automaker has made OTA updates an essential part of its strategy – and revenue. Tesla vehicles can receive OTA updates for everything from better braking to what the company contentiously calls “full self-driving capability.”

Mainstream automakers have been slow to adopt OTA updates mainly because of the legacy electrical architecture in most cars and the time, cost and complexity involved in overhauling existing platforms to accept OTA updates, although this is rapidly changing. For example, starting with the 2020 Cadillac CT5, General Motors is implementing a new electronic vehicle architecture that will underpin most new GM vehicles by 2023 that, in addition to managing the large amounts of data required for modern connected cars and semi-autonomous features, will enable seamless OTA updates.

Ford has begun rolling out software updates for its 2020 models, while Volkswagen’s started implementing OTA updates this year on its electric vehicles. Jaguar Land Rover will offer OTA updates next year on several models, and BMW recently took a page from the Tesla playbook by announcing activation of amenities such as heated seats and enhanced infotainment features via OTA updates – provided drivers pay a subscription fee.

OTA updates not only will allow automakers to deliver everything from enhanced fuel economy to new safety features for years after the vehicle is built and sold, but also have the potential to make software-based recall repairs more convenient, quick and comprehensive for car owners. For example, Ford says OTA updates will allow fixes for some recalls and updates of critical safety systems, repairs that currently require customers to bring their vehicles to a dealership’s service department.

As OTAs proliferate and owners avoid driving to a dealership for some repairs, it means service departments will have fewer opportunities to inspect vehicles and recommend oil changes, tire rotations and other routine maintenance. But GM believes dealers will benefit from its new OTA- empowered digital architecture, because it will allow them to save money by fulfilling basic warranty and repair claims with less overhead costs.

GM also contends that as new features are added dealers will need to walk customers through changes to their vehicles following an update, thus necessitating a visit to the shop. GM notes that while Cadillac’s semi-autonomous Super Cruise feature can receive OTA updates, only refreshed mapping software will be sent over the air and not new features. For those updates drivers still need to visit a dealer.

When combined with telematics systems such as GM’s OnStar, OTA updates offer dealerships two revenue-generating opportunities: communicating with owners over the life of the vehicle and replacing faulty parts before they fail.

Telematics systems already allow automakers to collect and analyze vehicle-usage data to predict the need for maintenance and parts replacement in advance. Most manufacturers also provide automated notifications of recommended service and vehicle health reports through telematics systems and their companion apps.

GM’s OnStar, Lexus Enform and some other automaker telematics have more sophisticated systems that alert dealerships and owners when problems occur, while GM also can predict failures of certain components. Using OTA updates, automakers will be able to run remote diagnostics and deliver preemptive software patches to vehicle systems.

If a critical repair is needed, a telematics system can direct the driver to the nearest dealership. Automakers believe this will help deliver a better experience to vehicle owners and in turn burnish their brand – and drive service business for dealers.

Accurate predictive maintenance is still in its early stages. But as connected car data grows and artificial intelligence improves to compare historical data to live vehicle data, algorithms determining when or if a part might break will allow drivers to get notices about imminent failures rather than alerts about existing malfunctions.

This could lead to a dealership’s service department being less congested with customers showing up without an appointment for service that could be handled by an OTA software update. It also would preserve service bays and free technicians to do higher-profit repair work.

To Update or Not Update

Not all OTA updates go as planned, so automakers are preparing for glitches. For example, Jaguar’s 2021 I-Pace BEV has OTA-update capability but will be able to continue to run its existing software if an update fails. Owners of the latest I-Pace also will be required to opt in for OTA updates and can accept or decline new software updates and schedule when they want an update to take place.

And security concerns could be outweighed by the ability to catch and fix security issues more quickly. If a hack occurs, OTA updates make it easier for a vehicle to protect itself in the same way phones and computers patch a security flaw with a software update.

The bottom line is cars have become computing devices that have more lines of code and more complexity than most computers or smartphones that already are routinely updated over the air. Automotive OTA updates will allow connected cars to stay current, safe and secure – and could be a win-win-win for automakers, drivers and dealers.

This article is sponsored by