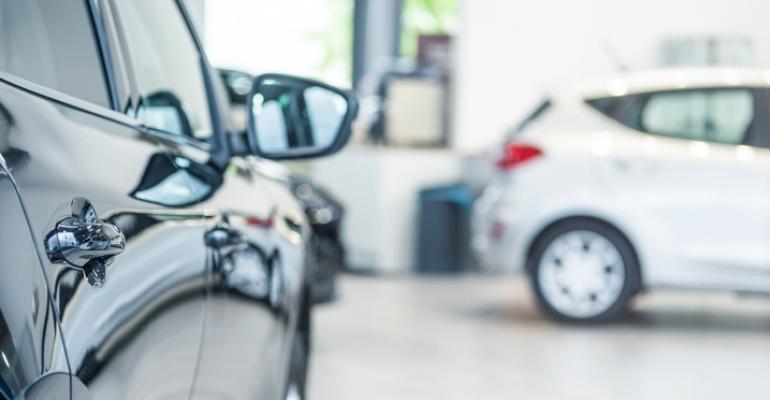 Trends and Tales from the Auto-Retailing Front

Auto retailing veteran Brian Allan talks about the auto industry, past, present and future – and how he traded Hot Wheels cars at age 6.

Brian Allan is a student of the auto-retailing industry. He’s been in it for years, and paid attention throughout.

He worked at car dealerships for more than 30 years, most of that time as a salesman and then an executive with megadealer Galpin Motors in metro Los Angeles.

Allan now serves as president of HyreCar, a player in the car-sharing/ride-sharing marketplace.

In a WardsAuto Q&A, he talks about modern trends, his long stint at Galpin and why he admires former General Motors CEO Roger Smith, the elusive foil in “Roger and Me,” Michael Moore’s 1989 breakthrough movie.

WardsAuto: What key trends are you seeing these days in auto retailing?

Allan: One is dealers being much more on top of their inventory, pricing it correctly for the market. Car values are fluctuating onto the high side. The trend is watching your inventory on a daily basis, not a monthly or weekly basis. And being conscientious about not leaving money on the table, but also not being overly optimistic on your pricing.

WardsAuto: With the inventory scarcity, isn’t it tempting for a dealer to go for the big price?

Allan: It is, but the banks are leery. Imagine being the lender loaning at 105% of book value that’s just gone up 40% year-over-year. If the vehicle is overpriced, even if it is priced within market guidelines, the lender will be very picky as to who gets that car. You’ve got to be careful in pricing.

Some dealers have been paying a big premium to buy inventory expecting to get that back. Some have taken losses, and have to depend on financing to break even.

WardsAuto: But if they’re paying a premium for a vehicle, shouldn’t they charge a premium?

Allan: Yeah, but unless someone is paying cash, which is uncommon, the banks have got to approve the deal. They have a different attitude when an asset with a suddenly high value is on their books, and they believe the market will correct itself relatively quickly.

WardsAuto: You once told me you thought Roger Smith (pictured, below left), the former CEO of General Motors, was a visionary. A lot of people here in Detroit wouldn’t think that. But you did because he launched the Saturn brand. What was so special about Saturn? 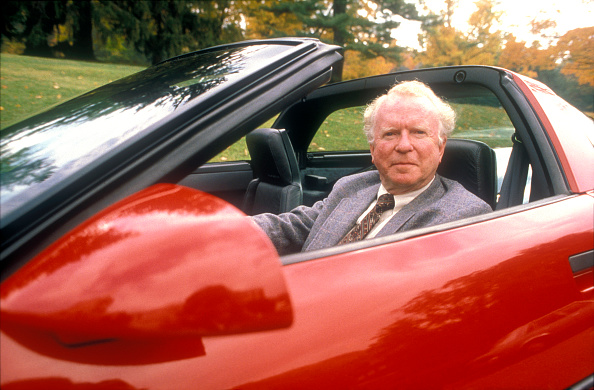 Allan: Galpin was the largest Saturn group in the U.S. Saturn was non-negotiating and completely focused on pricing the car right and making the production (levels) right.

It also had a 30-day money-back guarantee on new cars. That instilled buyer confidence. Galpin had less than 1% of people returning a car without buying another one. About 2% returned the car and bought a different one that was more in line with their needs.

Saturn removed consumer anxiety and made the process so pain-free. This was before there was any digital retailing.

WardsAuto: Saturn went out of business, so its business model couldn’t have been perfect.

Allan: Let’s remember why they went out of business. That happened when GM went bankrupt. GM would have been out of business if the government didn’t give them a loan.

A lot of GM executives didn’t like the success Saturn was having. They felt it was hurting the GM model of overbuilding vehicles, choking the dealers with excess inventory and letting them figure out how to sell it.

There was internal debate within GM during the bankruptcy times. They said, “We’ve got to ax something.” Saturn was the sacrificial lamb because of its relatively low sales volumes. (GM cut Hummer and Pontiac, too.)

Allan: Yeah, and near the end, most Saturns were rebadged Chevys. When Chevy had a rebate, Saturn stores had a real problem because they didn’t have a rebate on what was essentially the same car.

WardsAuto: You were a top guy at Galpin, retiring as group director of business development. What’s your biggest takeaway from working there?

Allan: It may sound like a cliché, but at Galpin customers come first, and the employees are a close second. That was the mentality of Bert Boeckmann (the legendary and longtime head of Galpin Motors). No one has been able to execute customer service and employee appreciation like he did. The reward was repeat business.

WardsAuto: He once told me his employees should have a servant mentality. I asked if some job applicants had a problem with that. He said that if they did, they shouldn’t work at Galpin. Still, the word “servant” might seem pejorative in the car business.

He held people to task. For instance, if he learned that a salesperson wasn’t returning customer phone calls or emails, that salesperson met Bert Boeckmann personally to discuss how important that was. He was the HR department for the first 20 years I worked there.

WardsAuto: How did you get into the car business?

Allan: It started with Hot Wheels (toy cars). I started trading them when I was six years old. I knew what I wanted to do. It’s that simple. Right from high school I started selling cars. When it came time to go to college, it took me eight years, because I was selling cars while attending school. I started at Beverly Hills Lincoln in 1980, and went to Galpin in 1985.

WardsAuto: Why do you think you were so good at car sales?

Allan: Because I love cars and I love people.

Car Dealers Urged to Keep Some of Their Inventory
Sep 09, 2021