“Sellers are laser-focused on closing before the end of the year” because the potential tax changes could greatly increase the tax bill for selling dealers, says Erin Kerrigan, co-founder of Kerrigan Advisors, Irvine, CA.

December is putting an exclamation point on what's likely to be a record year for dealership mergers and acquisitions.

According to firms that broker dealership buy-sells, that’s because the sellers want to get deals done before Jan. 1, out of concern that Congress may pass higher capital-gains taxes that could take effect next year.

“Sellers are laser-focused on closing before the end of the year,” because the potential tax changes could greatly increase the tax bill for selling dealers, says Erin Kerrigan, co-founder of Kerrigan Advisors, Irvine, CA.

Major deals that close this month include: on Dec. 17, Asbury Automotive Group’s acquisition of one of the nation’s biggest, privately held megadealer groups, Utah-based Larry H. Miller Dealerships, for about $3.1 billion. The deal, first announced Sept. 29, represents a total of about $5.7 billion in annualized revenue. Asbury is based in Duluth, GA.

In a recent webinar hosted by the American International Automobile Dealers Assn., Kerrigan predicts industry buy-sells for full-year 2021 will be a record high, with a total of at least 350 transactions representing more than 600 franchises.

In separate phone interviews, a couple of Kerrigan’s competitors agree the proposed tax changes are a factor behind the sense of urgency among sellers to close deals before Jan. 1. 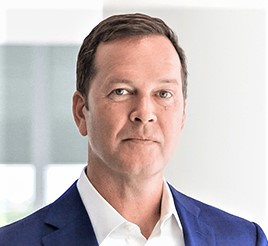 Earlier this year, Haig said there was concern in the dealership community that a sharply higher capital-gains tax could be part of President Biden’s Build Back Better plan in 2021. That hasn’t materialized, but he says selling dealers don’t want to take a chance it could pass in 2022.

George Karolis, president of the Presidio Group, Duluth, GA, says it’s not clear how high capital-gains taxes could go, but “they’re not going to be lower,” he says. “Those that are under contract now would much prefer to get them done this year.”