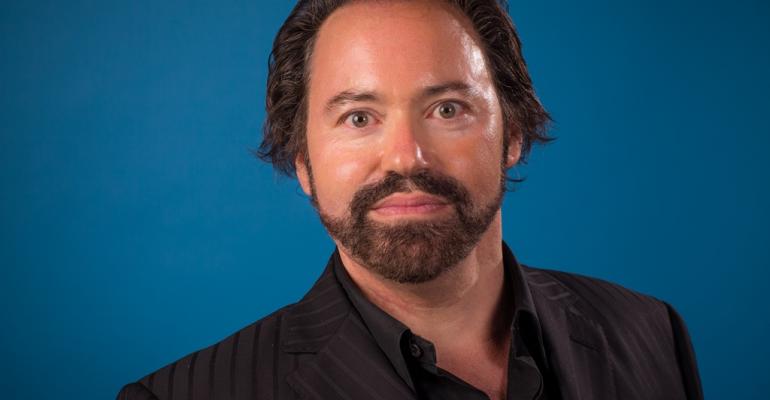 No-Brainer vs. No Brain

Car dealers are smart to use ride-sharing for transporting service customers. In contrast, the shared-scooter business seems dumb.

Conversely, the projected growth and valuation of scooters-sharing companies seems more like no one involved is using their brain.

Let’s start with an emerging innovation I would put in the “no-brainer” category, what will become a necessary tool in a dealer’s fixed-operations arsenal, garnering both higher revenues and higher customer satisfaction scores.

I’m talking about utilizing the new ride-share company’s business or concierge program, that allows a service manager or adviser from any computer or tablet, to arrange and pay for a ride for service customer, to or from the service facility, from a corporate account.

Lyft Business, for instance, will come to your service facility, set up your account to your specifications, train your staff, and now, and then, with no charge (other than the ride itself), quite literally, you never have a transportation problem getting a customer to or from your shop almost immediately. Your customer doesn’t even have to have the Lyft app on their phone, as they are notified by text.

As the cost for alternate transportation for warranty work for a new car dealer is often subsidized by the manufacturer, and, in any event, the cost of a Lyft or Uber ride is negligible when compared with alternative transportation methods, this one qualifies as the “no brainer” for every dealer to at least opt in for the free sign-up.

While in a lot of cases dealers may never completely eliminate a minimum “loaner fleet” for those manufacturers that require it, all other alternatives seem to pale in comparison.

Third-party rentals tend to be more expensive and more inconvenient (not to mention usage, in many cases, may put a competitor for a used-car sale on your place of business), and, frankly, dealer-operated shuttle services have been the bane of dealer service departments for decades.

Shuttle services are expensive to operate and create operator liability, and customers never seem to have a good word to say about them, as, invariably they create delays to and from destinations. It’s more of a lose-lose situation for all concerned.

For example, Lyft says Bell Road Toyota in Phoenix reduced customer wait times which resulted in a CSI score of 94.7% while at the same time saving over $6,200 in their first month by eliminating their shuttle and loaner service.

Stevenson Imports in Denver is reported to have experienced similar monthly savings by eliminating shuttles, while decreasing wait time from an average of 45 minutes to five and increasing their weekly fixed-ops revenue.

Of course, a dealer can and does need to control the distances traveled when they are paying for the ride.

But a 2018 Cox Automotive Industry Study indicated it doesn’t take a far distance for a customer to bypass a dealer for service (11 miles or so), and list “not a convenient location” as a top reason for bypassing the dealership of vehicle purchase for subsequent service work.

In creating an atmosphere for more fixed-ops business, adding a ride-sharing business/corporate account seems as close to a no cost no-brainer as you can get.

Now for the no-brain part.

I’m convinced that the sky-high multi-billion-dollar valuations on new scooter sharing companies will be this generation’s sock puppet, the symbol of excess exuberance of the last great Internet bubble-reckoning almost two decades ago.

First, powered scooters as transportation is hardly a new idea. 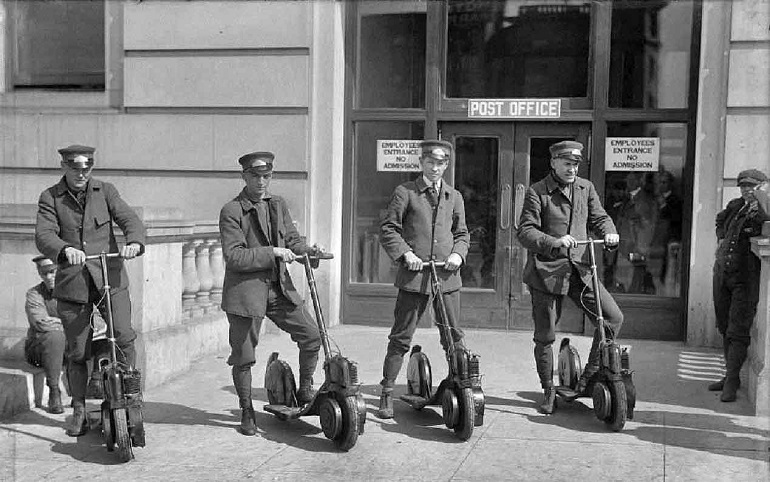 Look at the picture from the New York Post Office from 1915, at left.  Yes, those are scooters. Quick note: Just adding app technology to something so you can share it does not necessarily make it a start-up worth billions before any business model is close to proving out.

Second, many recent studies and current evidence suggest that not losing your shirt operating a scooter-business model is, well, no child’s play.

A study by the University of California Berkeley Hass School of Business and Unagi Scooters indicates that while currently scooter-sharing programs make up the bulk of the market, for the regular potential user the economics don’t work out.

Given the underlying cost, owning an electric scooter is a better option in the long run for those who use scooters regularly. And, unlike a car, finding a place to park even in a very urban area isn’t really a problem.

Worse for shared-scooter operators, in the shared market, without a sense of ownership, many scooter riders simply do not follow the rules, which result in haphazard riding and masses of abandoned, and trashed scooters left blocking pedestrian paths, tossed in streets, canals and elsewhere.

Many industry studies indicate most shared scooters are being trashed after only 1-3 months of use, way before the owners of these companies can make any money.  So if the indications are that the economics don’t work out for scooter users or scooter providers, doesn’t that reveal a flawed business model in the making?

For example, the revelations presented by the “open-data” policy of the city of Louisville, KY, of sharing data on scooter trips online, as analyzed by the publication Quartz, paint a clear picture of the shaky economics of scooter rental companies.

Last August, the shared electric-scooter company Bird began operating in Louisville, and found that the average lifespan of a scooter there was 28.8 days, just shy of a month.

Bird charges $1 to unlock a scooter and 15 cents per minute, so that 18-minute average trip generated $3.70 in revenue (close to the $3.65 in revenue per ride Bird told investors it was averaging as of last June).

In summary, each scooter generates an average of $3.70 in revenue per ride, after deducting operating costs that leaves a net revenue of $0.95 per ride, multiplied by 3.49 rides per day, generates $3.32 in total net revenue per scooter per day, less the city’s $1 per day fee, leaves a gross of $2.32 per day.

So if the average scooter lasts only 28.8 days that leaves a grand total of $67 revenue per scooter for its lifetime, after direct operating costs.

Back in June, Bird was paying over $551 per scooter, but said its goal was to get that cost down to $360, with volume.

So let’s say its only paying $360 per scooter. That still means it loses, on average, roughly $283 per scooter. And that doesn’t even include the additional City of Louisville fees: $50 annual fee per dockless  vehicle, $3,000 in combined licensing, and a $100 fee for each designated parking area, let alone corporate overhead. 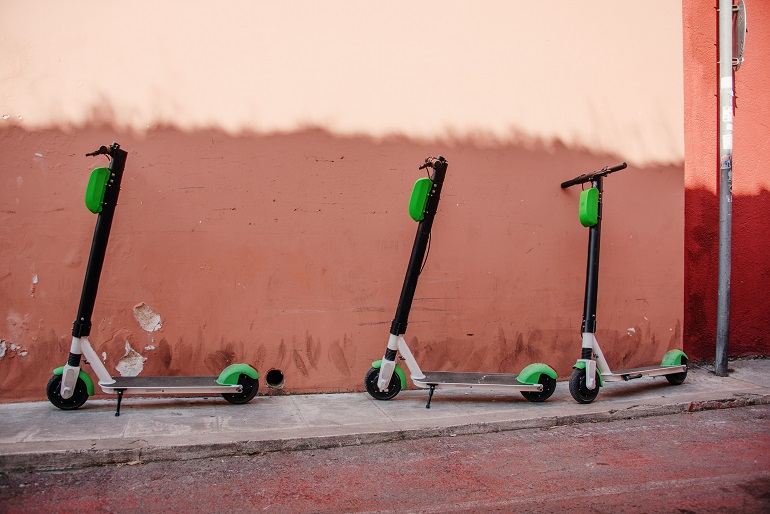 Now, maybe these calculations are a bit off, but even if they are close to correct, does this sound like a viable business, let alone one that should raise hundreds of millions of dollars in investment capital on billions in start-up valuation?

Of course, add in that half of the country has wintery weather at least a third of the year, and that, for the first time ever, since records have been kept, in 2018 the number of people over the age of 64 officially eclipsed the number under the age of 5 (and that the UN predicts that the over-64 population will double between 2018 and the mid-2040s).

So I see dramatic growth in the convenience of a dealership-arranged Lyft or Uber rides for service transport everywhere in every season for every demographic, as those economics work for the dealer and customer.

In contrast, both sides of the scooter market seem to lose with scooter sharing. I question how big a business that might become.

What do you think?