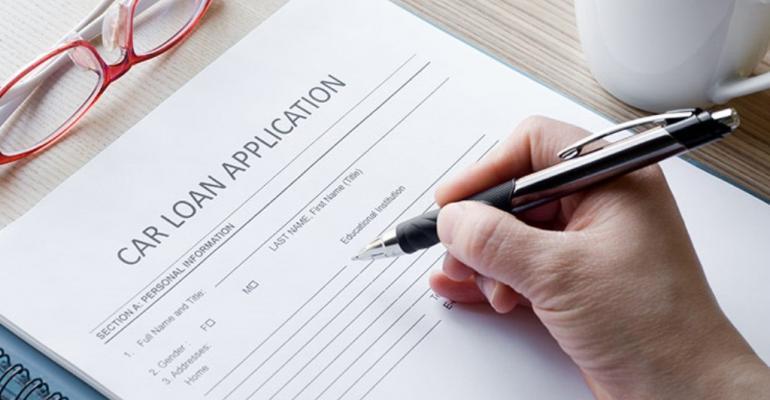 “There’s a subset of consumers who might still be struggling," says Matt Komos, vice president-research and consulting at TransUnion.
Dealers

TransUnion reports serious auto loan delinquencies, defined as 60 or more days past due, increased substantially for customers with subprime credit in the fourth quarter vs. like-2019, to 9.05% from 7.41%.

Auto lenders appear to be tightening approval standards and cutting back on loans to customers with subprime credit, according to separate reports on Feb. 17 from the New York Federal Reserve and from the TransUnion credit bureau.

At the same time, credit enquiries for customers with subprime credit also are down, and that implies some of those borrowers may be dropping out of the loan market entirely, TransUnion says.

“If you look in total aggregate, things look OK. But as many economists have talked about, there is a bit of a K-shaped recovery taking hold,” Matt Komos, vice president-research and consulting at TransUnion, says in a phone interview.

“K-shaped” means some consumers, such as new-vehicle buyers with secure jobs and good credit histories, have bounced back from coronavirus shutdowns. That’s the upper-right leg of the “K.” While others, including many workers in low-wage service jobs, may still be unemployed. That’s the lower-right leg.

“There’s a subset of consumers who might still be struggling – we know they are still struggling. That’s what we are really keeping an eye on, and I think that’s really evidenced in the auto market,” Komos says.

Separately on Feb. 17, the New York Fed reports auto originations to customers with subprime credit are down for the fourth quarter, while most risk categories gained origination volume in the New York Fed’s latest Household Debt and Credit Report.

Subprime auto loan originations, defined as credit scores below 620, were $28.1 billion for the fourth quarter, down 9.4% vs. like-2019, the New York Fed says. Auto originations include new and used, loan and lease.

Satyan Merchant, senior vice president-automotive business leader at TransUnion, says it’s a “fallacy” to say subprime auto loans are down solely because lenders are tightening up.

“Is this a demand issue or a supply issue on the subprime side?” he asks rhetorically in a phone interview. “It could be a combination of both,” he says. “Consumers may not be showing up for these vehicles.”

TransUnion also reports that serious auto loan delinquencies, defined as 60 or more days past due, increased substantially for customers with subprime credit in the fourth quarter vs. like-2019, to 9.05% from 7.41%.

But auto loans overall are “effectively stable everywhere else,” Merchant says. Serious delinquencies were just 1.57% of the overall automotive total outstanding for the fourth quarter, up from 1.5% a year ago.