“In any industry, the two critical words are growth and scale,” says Scott Karchunas, president of Protective’s Asset Protection Div., which offers service contracts, guaranteed asset protection, credit life and disability insurance, and other F&I products and services for automobiles, plus recreational vehicles, watercraft and powersports. Autos account for most of the Asset Protection Div.’s business.

“This is our ninth acquisition in the F&I space, and there will be more,” Karchunas says in a phone interview. Protective acquired USWC, the holding company for F&I products provider US Warranty, based in Pompano Beach, FL, in 2016. 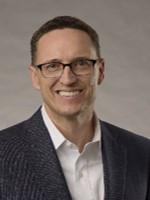 Prior to the Revolos acquisition, which is expected to close in the first quarter of 2021, Protective’s Asset Protection Div. has more than 8,000 dealers signed up, also including franchised and independent. Neither company would say what percentage of those dealers are franchised.

Karchunas says the acquisition provides Protective, based in Birmingham, AL, with a bigger geographic footprint and with a bigger network of dealers, employed insurance agents and independent agents.

For the whole industry, more acquisitions in the F&I products space are likely, he says, because providers are having to invest in new computer platforms to keep up with consumer demand for online transactions. Consumers want to pick and choose how much of the transaction they want to do online, and how much at the dealership, and that makes it even more difficult and expensive, Karchunas says.