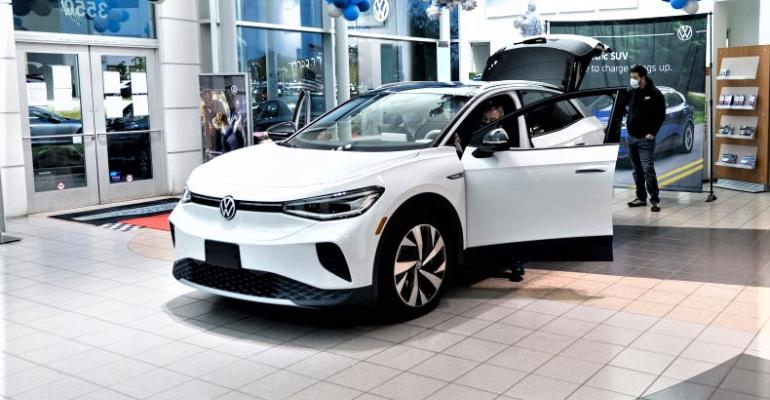 “It’s a lot of fun for me, being in this,” he says. “The industry is going to flip into something new. We can argue about how soon, but I’d say by 2035, most of the stuff will be electric.”

Charge Enterprises has a growing specialty: working with dealers to plan and execute the dealership switch to BEVs. That includes working as a middleman with electric utilities, contractors, vendors and OEMs. It’s a complicated process, made extra difficult because customer demand is still relatively low, while automaker facility demands are already high.

The company also works in other business segments such as telecommunications and wireless broadband infrastructure.

LaNeve, 63, has been president since November 2021. He joined Charge Enterprises as chief business officer in June 2021. LaNeve retired from Ford as vice president of marketing, and he’s also a former vice president of sales, service and marketing for General Motors. 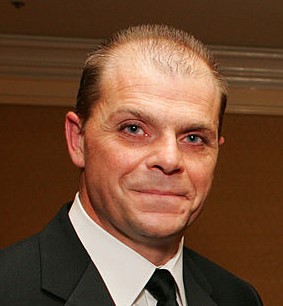 Wards: Are dealers alarmed about switching to EVs? Are they alarmed enough?

LaNeve: We spend a lot of time just educating the customer. Our customer is the dealer. Walking through what I guess you could call Charging 101 — and 102, and 103.

Wards: There really is a lot to it, right?

LaNeve: There are the power sources going into the facility, whether chargers are public-facing vs. private, all the considerations that go into that. The fact that the rules are different in different places. It’s complicated.

Wards: Is there really such an urgent need for charging at dealerships?

LaNeve: Most people with an EV will do pretty much all their charging at home. Chargers aren’t there yet by any means, but eventually, people expect every office building, every retail chain, every supermarket, stadium parking lots, they all will have some chargers. So, all those customers feel like they don’t have to do it right now. A dealer, they have to do it right now. Even if a dealer is reticent about doing it – and many are, frankly – the OEMs require it.

Wards: Are the OEMs giving dealers enough information on the product plans, five or 10 years in the future, for the dealers to make an informed decision?

LaNeve: The OEMs have product plans. Obviously, they have the date, or at least what year, what model year, new products will launch, and what the planned volume is. They can extrapolate that down to the individual dealership level. I’m sure those conversations are going on.

Wards: Is there any brand, any segment, like luxury brands, that’s way ahead of the rest of the industry?

LaNeve: It’s really everybody: Ford, Cadillac, Porsche, Chevrolet, GMC, Buick, Hummer. Plus all the luxury brands, Mercedes-Benz, BMW, Volvo, everybody. They’re having the dealer put the infrastructure in now. It’s often tied to a particular model. With Cadillac, it’s tied to the Lyriq. With Hummer, it’s the introduction of the Hummer pickup.

Wards: Are the OEMs offering financial help, like they often do with facility standards? Maybe there’s an incentive to pick from a list of vendors approved by the OEM?

Wards: Is Charge Enterprises working with OEMs to become an “approved” vendor?

LaNeve: We were about six months late to the party on that. This business unit really was formed up only about a year and a half ago.

Wards: How many dealerships have you done? Are you signed up with any of the coast-to-coast megadealer groups?

LaNeve: We’ve completed over 50 jobs, in 25 states. We’ve probably got about another 80 jobs right now. We’re talking with everybody. But our customer right now is the larger dealer.

Wards: Talking with dealers anecdotally, several say they’re surprised to learn they have to invest in an electric-utility upgrade in the amount of power coming into the dealership. Is that common?

LaNeve: Dealers have a big investment, but many of them don’t know that much about it. We know what the OEM requirements are. We work with the dealer. For his operation, what’s the best design, where should the chargers and other equipment be vs. the likely customer flow? We design it, engineer it, work with the local utility and make sure there’s adequate power coming into the facility.

Wards: Is it difficult to get dealers to invest when the returns are farther down the road?

LaNeve: Penetration is very low, but every year it’s going to get higher. Eventually, those fast-charging units will get a lot of use. There are things that can be done to get the costs mitigated.