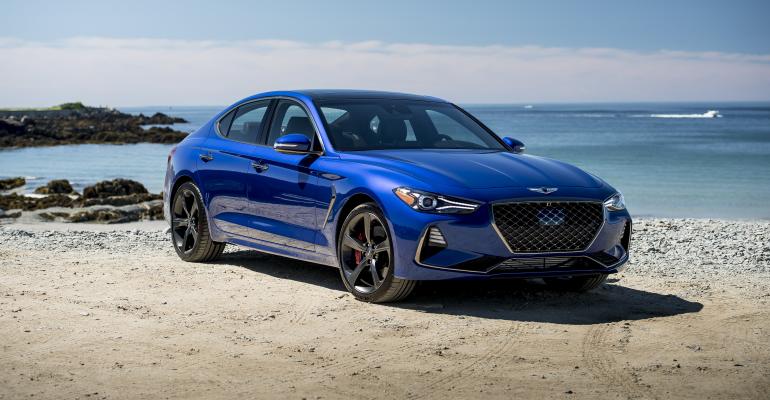 The move to refranchise U.S. retailers is expected to cut the luxury brand’s dealer body in half, a strategy designed to deliver a better customer experience and improved profit margins.

DETROIT – The continuing U.S. launch of Hyundai’s Genesis luxury brand kicks into a new gear this fall, as the first steps toward a realigned dealer network gain traction.

But the ’19 model year marks the start of a new direction in which current franchise holders must sign new agreements to continue to sell Genesis vehicles. The strategy is designed to raise brand awareness, distance Genesis from Hyundai in the minds of buyers, provide customers with a better ownership experience and improve profit margins for its remaining dealers.

Currently, 850 Hyundai retailers are licensed to sell Genesis, but that is expected to drop to about 400 once the herd is culled over the next six months. Even that doesn’t go far enough to perfectly position the brand for success, executives say, and the network is projected to shrink further in coming years.

“Four hundred is still higher than what is ideal,” admits Genesis Executive Director Erwin Raphael, on hand here for a media backgrounder on the new G70 sport sedan, the smallest and most nimble of the cars in the Genesis lineup.

“I think (ultimately) that will come down,” he adds, noting that given expected volumes, some of those remaining dealers will not be able to operate profitably. “It just doesn’t compute to 400.”

The process of reselecting dealers is a complicated one, and the job isn’t expected to be completed until late February.

Genesis is in the midst of applying to each U.S. state for the right to license franchisees separate from Hyundai, a task that should be wound up by the end of the year. So far, the brand has secured licenses in about 40 of the 50 states.

Once it has a license, it can make offers to dealers in that state to sign new franchise agreements. Current dealers have two options: Ink the new deal or take a cash buyout based on their past sales performance. At the point the contract is offered, current franchise holders have 30 days to make a final decision, but all already have a clear understanding of the buyout terms. More than half are expected to opt out.

Those who do agree to the new franchise terms must apply to their state for a dealer license.

So far this year, U.S. retailers have had to grit their teeth through the tough transitionary period. Genesis sales plummeted sharply after imports were halted in March as the automaker looked to clear inventories ahead of the relaunch. Raphael says there now is a less-than 30-day supply of cars on hand. In August, Genesis sales totaled only 613 units, and through the first eight months volume reached just 8,480 units, down 36.4% from like-2017, according to Wards Intelligence data.

Only dealers who re-up their franchise agreements will receive ʼ19 models, with shipments expected to begin to a handful of retailers this month, when Raphael says the brand’s sales should begin to rebound.

“By the end of the year, we will be hitting on all cylinders,” he promises.

Genesis would like dealers that stick with the brand to set up stand-alone showrooms, but it is not required and not all are expected to make the investment. Raphael says the first dedicated stores should begin to appear within a couple of years.

“I would like them all to be exclusive (showrooms),” he says. “We won’t be able to deliver the (customer) experience without it.”

The new showroom design template still is being finalized, he says, but dealers who opt to add the stand-alone showrooms will not be forced to meet a specific minimum investment target.

“We have no dollar (requirement),” Raphael says, adding Genesis may offer incentives to some dealers to build showrooms in key markets.

Genesis is on a path to doubling its model lineup. Currently, three sedans are offered, the G90, G80 and G70, but there are plans to add two CUVs and at least one sports coupe over the next three years. Additional models are eyed as well, Raphael suggests, without providing details.

At March’s New York auto show, Genesis unveiled its Essentia concept, a highly stylistic battery-electric sports coupe the executive says is a strong candidate for production. It would be positioned as a low-volume, high-priced model at the top of the lineup.

“It speaks to our (philosophy of) progressive and aggressive design,” he says of the sleek concept. “We think that car would do well – not in volume, but in statement.” 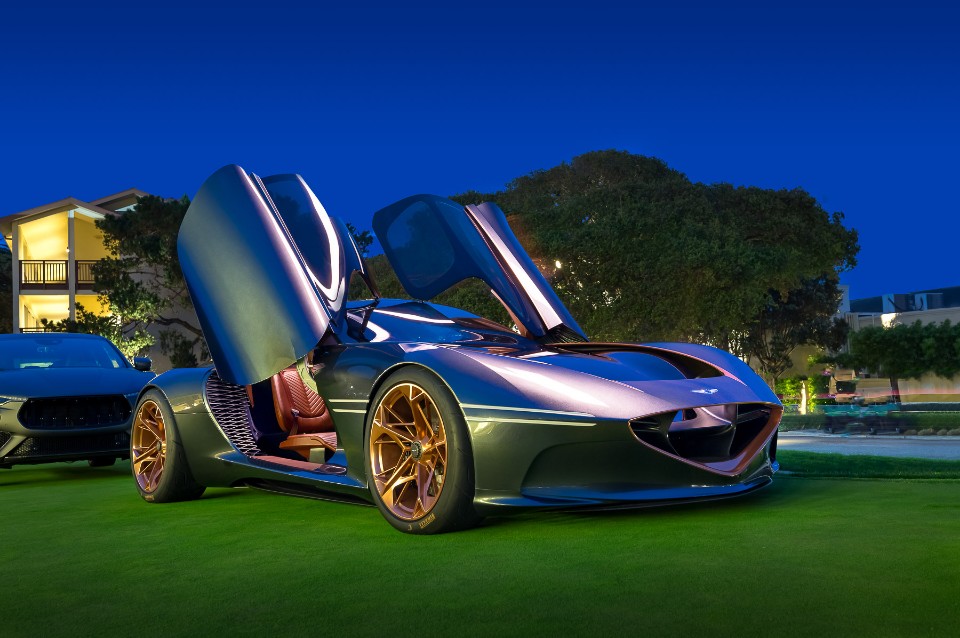 Futuristic Essentia concept could make it to production.

Meantime, Genesis will use the new G70 to try to draw more buyers to the brand, which currently has a 6% awareness in the market, according to Raphael. Prices have not been announced, but the car is expected to start around $35,000, comes well equipped and offers a choice of turbocharged 4- and 6-cyl. engines and rear- or all-wheel drive. An 8-speed automatic is standard, but the 4-cyl. can be had with a manual transmission.

There are two special-edition models that will be restricted to 400 sales each, a luxury-focused Design Edition and a sport-oriented Dynamic Edition. Both will be available this month.

Raphael won’t give volume targets for either the new G70 or Genesis overall, insisting that at this stage it’s more important to satisfy customers and operate profitably than sell a certain number of cars. He acknowledges a lineup of all sedans makes it tougher to get the luxury brand rolling in a U.S. market enamored with CUVs, but he points out the new G70 competes in one of the highest-volume sedan segments.

“The market is still 45% sedans (overall), so I would like to get my fair share of that,” he adds.

Florida accounts for about 22% of Genesis sales in the U.S., with the West Coast (primarily California and the Phoenix market) equaling that share and a similar portion coming from the East Coast.

“Chicago is coming up,” Raphael says, but overall the Midwest is not a key market for Genesis.

In addition to the U.S., Genesis is sold in Korea, China and the Middle East, as well as a couple of Southeast Asia markets and Australia.