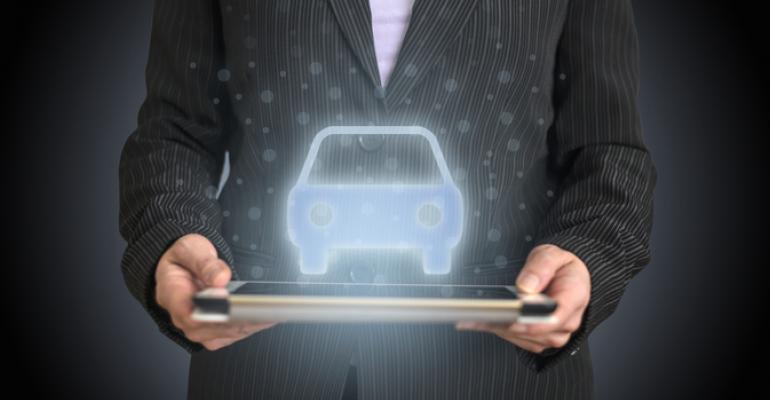 Buying and financing a vehicle is a big transaction in which a consumer must offer up all sorts of personal information. Such as:

“It’s not a 10-minute transaction,” but it doesn’t need to take forever either, says industry veteran Chuck Schofield, who has spent most of his career on the financing side of the auto business, including stints at Mercedes-Benz Financial Services and Ford Credit.

But most people at some point want to make contact with the dealership itself, Schofield (pictured, below left) says.

Only a “narrow band” of automotive consumers use the internet to buy a vehicle from virtually A to Z, he tells WardsAuto. “What is buying a car online? Theoretically, it is not talking to anyone at the dealership. But most consumers want to talk to a dealer at some point.” 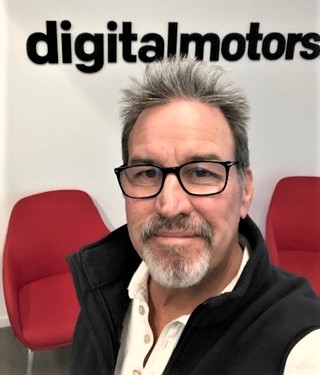 His company’s technology enables consumers to digitally prepare themselves for the dealership visit, he says. “It makes people showroom-ready, transaction-ready, contract-ready.”

It also lets dealers in on what a customer has been up to online, including their vehicle considerations, financing intentions and whether they looked at F&I and accessory products. It helps dealers to know such things, because “they don’t want to guess,” Schofield says.

“We create a deal sheet showing everything a user did. The technology helps dealers smooth out that last piece of the transaction.”

Digital Motors’ goal is not to disrupt the dealer model, but to supplement it. The company traces its roots to AutoGravity, an app with which users arrange car financing, then pick a vehicle and dealership.

Daimler Financial Services was a resource for AutoGravity, founded in 2015. Put in charge of it was Andreas Hinrichs who was an executive at the captive finance company.

Its web designers sought to present what Schofield calls uncluttered webpages. “Users aren’t overwhelmed with information. A lot of website designs include too much, and chase people away.

“Our technology is clean and allows users to go as far as they want to go. Cars appear on the left, deal structures on the right.”

Financing can get touchy with some consumers, so Digital Motors developers kept that in mind.

“The more you allow people to do, the more they engage,” Schofield says. “But if you force them to give up information, it may be a turn-off. So, at the early part we ask them subjectively about their credit rating.”

That means asking them if it is excellent, good, average or what. Most people have a sense of where they stand in the credit world.

Some people do cash deals, but the vast majority finance their vehicle purchases. In auto retailing, “clearly, financial is moving digital,” says Schofield.