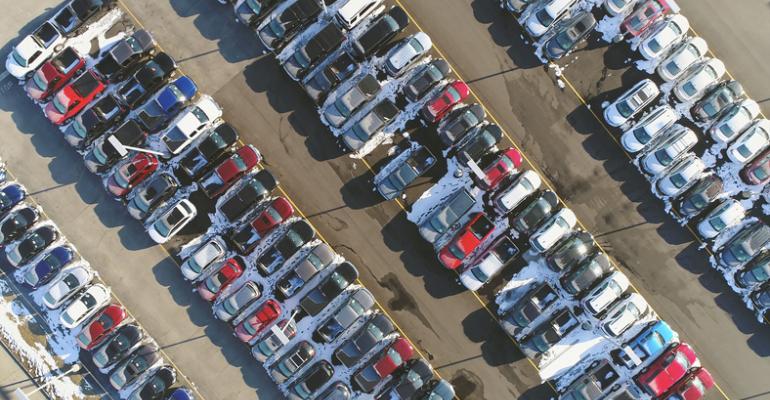 Getty Images
“A dealer has to use every possible source to hunt for cars,” says used-car consultant Tommy Gibbs.
Dealers

As dealers have become more comfortable with online auctions and digital inventory tools, dealer-to-dealer digital wholesaling platforms have sprung up.

Some established platforms eliminate some of the costs of physical auctions but are fundamentally still traditional auctions.

They’ve now been joined by newer players going beyond that model – offering micro-level inventory targeting and guaranteed wholesale prices from the time of trade-in.

TheAppraisalLane, founded in 2016, offers third-party appraisals direct to consumers and as a service to dealers with a guaranteed offer to buy the vehicle. The vehicles are then offered to a network of dealers who can buy or sell them at the appraised price.

CarOffer, founded in 2019, offers a similar setup: guaranteed wholesale purchases at appraisal time and similar “exit offers” for what a vehicle may be worth in 45 days, a traditional marker for inventory aging away from profit potential.

The two companies are similar but structured somewhat differently.

TheAppraisalLane is a price-by-volume subscription product that handles all the transactions, including writing checks on vehicles.

CarOffer’s transactions cost a flat fee of $275 each whether buying or selling and are fulfilled by a third party, Alliance Auto Auctions.

TheAppraisalLane focus is on accurate appraisal offers for dealers and consumers. CarOffer’s emphasis is on dealer-to-dealer transactions and mitigating aging-inventory risks.

“A dealer has to use every possible source to hunt for cars,” says used-car consultant Tommy Gibbs, president of Tommy Gibbs & Associates, adding such networks represent opportunities.

Like other online platforms, they eschew some of the cost of physical auctions. They also allow dealers to obtain stock they might not otherwise be able to get from conventional auctions that have higher volumes but more bidders.

Finally, the systems hinge on the profit potential of trade-ins.

Pricing and the Crisis

Tools that center on guaranteed offers based on exacting appraisal and pricing data are as challenged as the rest of the industry by the coronavirus crisis.

“This is a tough market in which to do this,” says analyst Maryann Keller of Maryann Keller & Associates. “Nobody knows where used prices are going, and when the auctions open up, dealers don’t need inventory.”

Still, the new systems offer advantages. “You’re still avoiding the fees and transportation issues (associated) with taking your car to auction where it may not sell at all,” Keller says. “If there is another dealer who wants your car, that may be the best option.”

He concedes that finding accurate pricing will be difficult but not impossible in the short term. 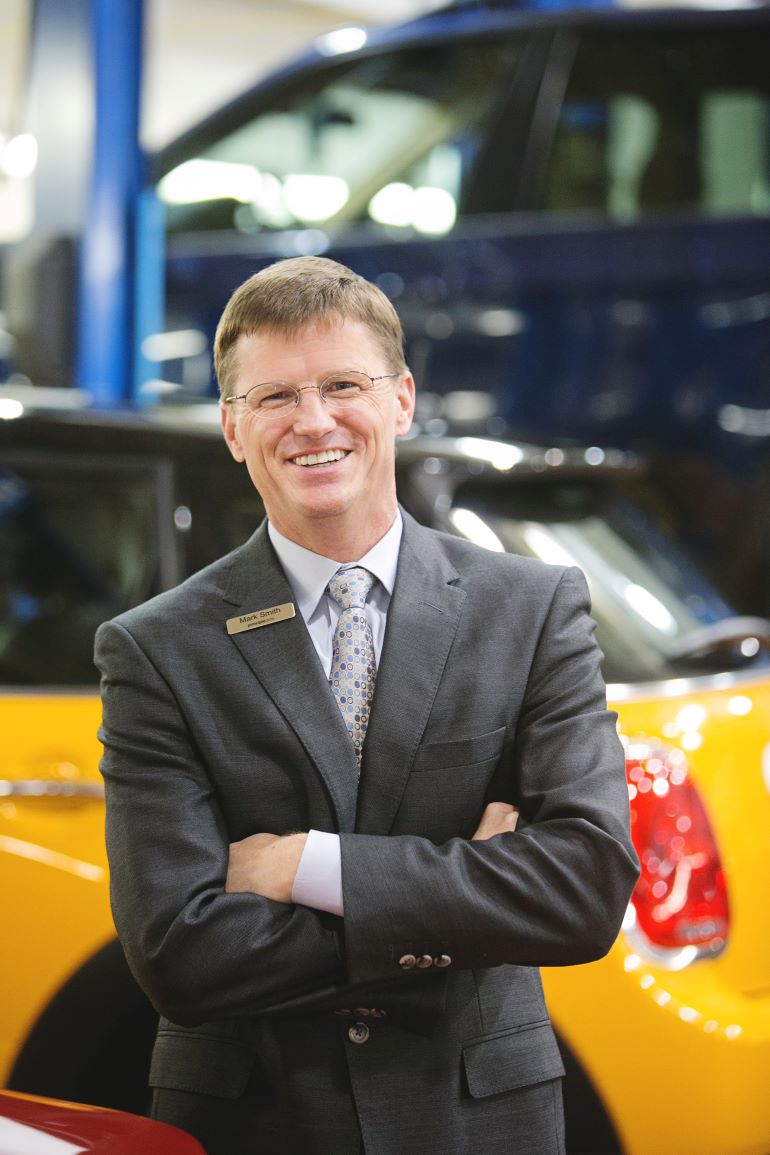 “When a car comes in, I get a hard number on it from CarOffer within 15 seconds,” says Mark Smith, President and chief operating officer of San Antonio, TX-based Principle Auto Group. (Mark Smith, left)

“Then I can also purchase insurance – a firm offer on that vehicle at 45 days,” which, he says, gives him an exit strategy on aging inventory. “I can still try to retail it, but I can wait until the last possible moment to punt it.”

Stores preload their inventory preferences and automatically bid on matching vehicles when they are traded in.

“There are cars we get no bids on when we take them in,” says Smith. That limits the effectiveness of the system, but he adds that these tend to be out-of-the-norm cars and that such instances have become rarer as more dealers have joined the network.

Some of those dealers joined because they were having a tough time sourcing used inventory conventionally.

“In the last two years, I’ve had a hard time finding things at the auction lines that made sense to buy, price-wise,” says Wesley Middlebrooks, general manager of Heyward Allen Motor Co., which operates Buick-GMC and Toyota stores in Athens, GA. The stores use CarOffer in different ways.

The Toyota Store tends to sell trades via CarOffer, but the Buick-GMC store buys significant amounts of inventory.

The store has started to pick up CarOffer inventory from outside the region. “We’ve set our buying parameters to $500 over average MMR (Manheim Market Report, a wholesale price guide),” Middlebrooks says. “Well, that won’t buy us anything in Nashville and Atlanta and Orlando. But Texas and Ohio are good sources via CarOffer.”

“We’ve been using TheAppraisalLane for about three years,” says Adam Lee, chairman of Lee Auto Malls, which operates 19 dealerships across Maine. “When we started, we were losing $250,000 to 300,000 a year wholesaling cars we didn’t want.” Today, he says, the group makes money wholesaling.

TheAppraisalLane offers a good backstop, Lee says, and the group uses it primarily to offload inventory. “It used to be that we’d take in a trade at $10,000, but when it came time to wholesale it, maybe it only made $9,200 or less. Now we know that we can sell that vehicle for $10,000.” 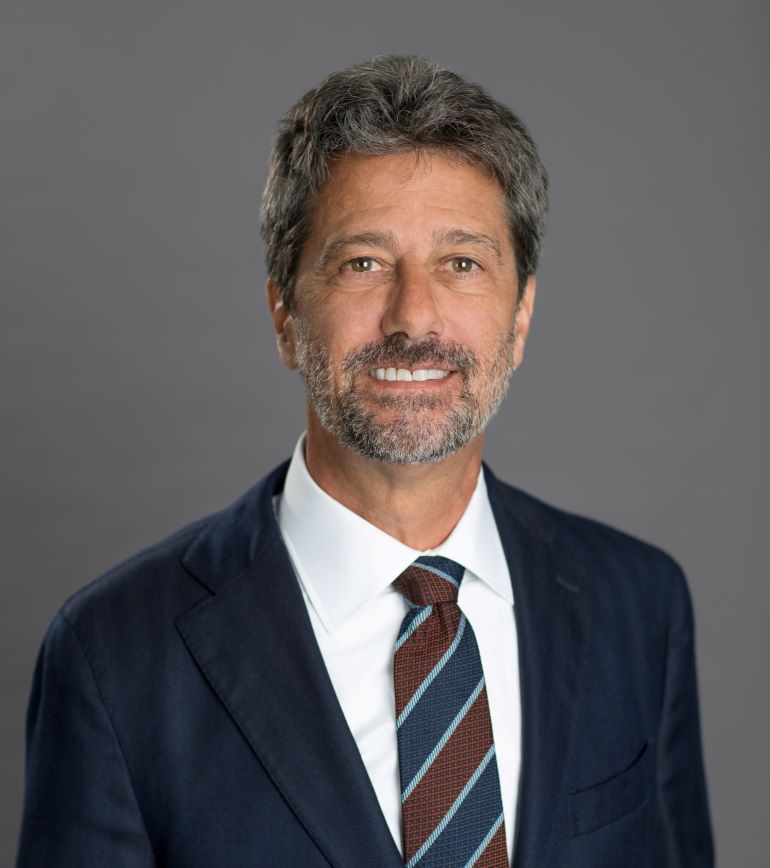 The transparency of a third party doing the appraisal heightens consumer confidence, Lee says, adding, it also “allows us to put a good number on a trade that we know we don’t want.” (Adam Lee, left)

Vehicles his dealership group doesn’t want are sold directly to TheAppraisalLane. It puts them into their network for other dealerships – many of them independent used-car stores – to potentially buy appraised prices.

Citing coronavirus-related economic issues, Thompson expects CarOffer clients to place orders more conservatively for a while, ordering only what they need and regularly shuffling pricing targets as the economy reopens.

“I think if you’re predicting out farther than two weeks right now, you have no idea,” says TheAppraisalLane founder and and CEO Jeff Risner. “MMR is catching up to the market. But the market is still grounding more inventory than it’s selling.”

Risner won’t make predictions about the trajectory of values, but says the firm stands by its offers. He adds dealers had sometimes haggled over those, but no more.

“It’s been weeks since anybody objected or tried to negotiate,” he says. “They’re just craving some sort of solid ground.”

Pricing issues or no, the systems still serve dealers, Lee says. “Right now auctions are closed down. TheAppraisalLane has been very helpful because they’re still open and still writing checks.”