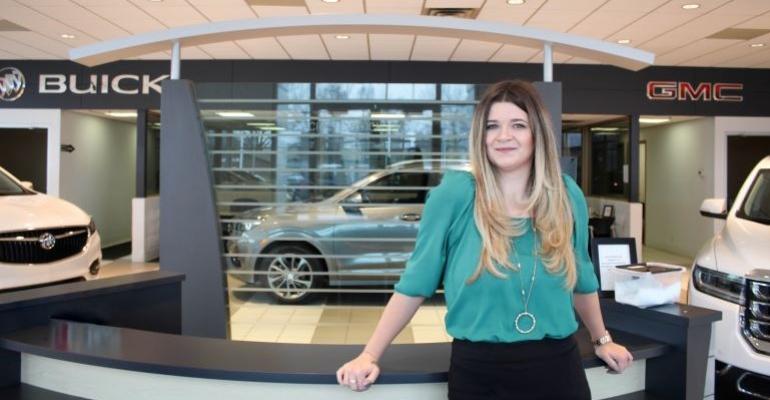 Most dealers are not “looking at it end-to-end in terms of giving web users a good experience or funneling those users to the site,” Spellman says.
Dealers

An Indiana car dealership puts the right tools in place and understands where and how to drive online traffic.

For most dealers, the concept of “contactless sales” is a very new idea – wrenched to the fore by COVID-19 stay-at-home orders. But for some dealers, digital sales are something they’ve anticipated.

Circle Buick-GMC, in Highland, IN, was prepared when Governor Eric Holcomb issued such a directive on March 23. The store had been working for over a year to compete with online channels like Carvana, and its online reinvention paid off.

“Digital retailing made up 23.6% of our sales in April, up 8.1% from March,” says Emily Spellman, the dealership’s director-digital marketing.

The dealership’s volume declined 30% in April, but the digital sales gains were a lifeline. Circle’s results compare well with the manufacturer reporting of 38% to 57% sales declines. Auto retailing began recovering in May.

For Spellman, who joined the store in early 2019 after a decade in e-commerce, the pandemic accelerated trends that she knew were coming. Consumers in the age of Carvana and Amazon live online and want online buying options.

“Auto industry people thought this was coming in five years,” Spellman says. “But from e-commerce, I knew customers were already there.” She began remaking the dealership’s online presence in early 2019 with that future in mind.

“Most dealers are spending quite a bit on ‘digital retail’ because they’re panicking,” says Spellman, “But they’re not looking at it end-to-end in terms of giving web users a good experience or funneling those users to the site.” 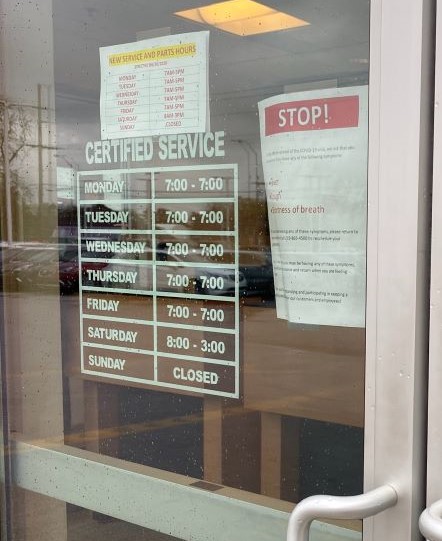 Last summer, she replaced the store’s existing website with one designed collaboratively with DealerFire, part of DealerSocket. The site was optimized to make the digital retail component obvious and easy; a deal can be set up in less than 15 clicks. ("Stop" sign at Circle during pandemic-related restricted operations.)

The site incorporates an eCredit tool for pre-approved financing. It also uses another DealerSocket tool, PrecisePrice. It automates the pricing, trade, and F&I extras processes and passes the deal into the DMS to be concluded by a salesperson.

“The Internet leads we receive through those tools have our strongest intent,” Spellman says. Pre-pandemic, PrecisePrice leads were generating 4-5 sales per month, and each sale averaged $684 higher gross than units sold on third-party Internet leads.

The tools won’t matter if a site doesn’t work properly, however. In thinking about how to improve dealer websites, Spellman has a few tips:

Dealers should re-examine how people get to their platform, Spellman says.

Some of the increase was because of the stay-at-home order, but Spellman credits much of it to targeted advertising and effective search-engine optimization (SEO).

Dealers, she says, have everything they need to master their own marketing without using agencies that may serve rival stores as well.

Internal data such as customer demographics, buying patterns, and customer information can all be used to micro-target social media advertising. “You can target individual people who are at the end of their lease or who have equity,” Spellman says.

Demographic data also is valuable for new customers the dealership doesn’t know. “We noticed that our (GMC) Sierra (pickup truck) sales were dropping, so we pulled a list of past customers,” Spellman says.

The data from the list, “let us target people with Sierra ads within Facebook who are similar to the buyers we had success with.” Sierra sales began to rise.

Granular targeting may reach fewer people than big blasts, she says, but is more likely to result in quality interactions. “It shouldn’t be about the number of impressions, it should be about the quality of those impressions.”

The second component is driving web searchers to the site with better SEO. When Spellman joined the store, she cancelled the store’s contract with an outside SEO provider.

“We know when truck season is coming, and we start writing about it in advance.” In 2019, the dealership went from 81st google position to 7th on the term “GMC,” a major advantage in visibility. It was gained through careful use of Google Search Console, which monitors the effectiveness of SEO text.

By bringing the advertising and SEO work in-house, Spellman was able to better tailor the messaging. It saved the dealership nearly $200,000 in annual marketing spend, she says.

Perhaps no one thought a virus pandemic of all things would spur dealers and consumers to take auto digital retailing seriously.

Spellman says: “Even people who are in their 20s and 30s and use the Internet but maybe never used it to buy a car are saying, ‘This is faster and easier.’”