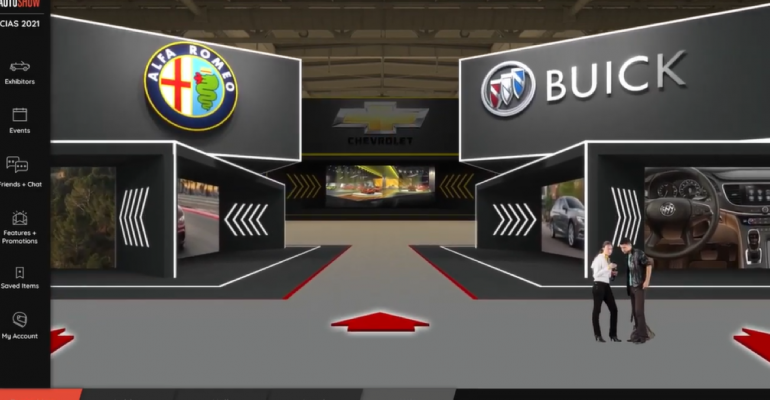 David McClean, the event’s marketing director, says the show’s host, the Ontario-based Trillium Automobile Dealers Assn., has been working with manufacturers, sponsors and exhibitors to establish an effective and interactive virtual show from Feb. 12-21.

OTTAWA – Organizers of the Canadian International Auto Show are drawing on innovative technology to launch a unique online 2021 event, which will be staged virtually because of COVID-19.

Moreover, “restrictions to public gatherings in Ontario (will be) limited for the foreseeable future,” currently set at 25 persons for indoor events across the province, which always hosts this show.

David McClean, the event’s marketing director, says the show’s host, the Ontario-based Trillium Automobile Dealers Assn., has been working with manufacturers, sponsors and exhibitors to establish an effective and interactive virtual show from Feb. 12-21. His goal is an event which “excites and drives the new-car consumer market in the critical spring buying season.”

The virtual show comes as some dealers and manufacturers have been questioning the value of big splashy physical auto exhibitions, raising concerns about falling visitor numbers. 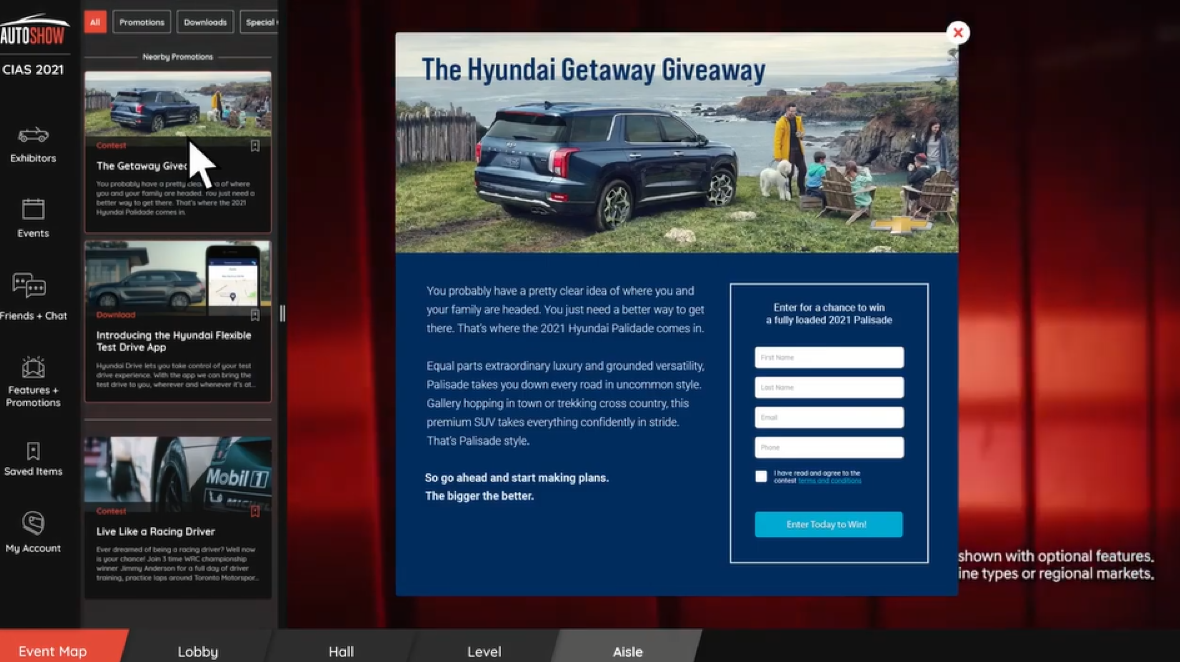 As a result, McClean tells Wards, his team already had been exploring establishing a virtual show to be staged in parallel with a physical expo from 2022. Then COVID-19 hit, and TADA decided it was time to make its online plan a reality for 2021.

Consumers will be a key part of this Canadian show, as in the past, with the organizers staging a virtual classic car presentation and exotic vehicle displays. McClean says TADA has spoken with Formula One about creating a possible visit to a race paddock.

There will be prizes for visitors – a $50,000 giveaway (above). Also, the show will offer automakers the chance to advertise industry jobs and attract applicants through interactive noticeboards.

Most importantly, McClean says, major manufacturers have committed to staging digital stands, which visiting consumers can visit by moving through a virtual exhibition hall via computer and other electronic devices.

There, marques will offer consumers the opportunity to inspect new models and interact with brand ambassadors. The names of participating brands will be released by November, but McClean predicts most major companies will participate.

“Our job is to get consumers excited about the new-car buying experience,” McClean says.

While details of how manufacturers will design stands is still being finalized, the marketing director says there are many options. Visitors could, for instance, click through to a warehouse of new vehicles and explore them with cameras and direct interactions with brand representatives. Chatrooms could be made available, as well as video conferences through systems such as Zoom. Consumers might see a chief designer walk around and describe a new model. Virtual test drives of models through interactive browsers are technically viable.

And as this is a show, brands might launch new models virtually at the event.

The key, says McClean, is that afterwards, brands could repurpose such creative material, streaming it from their own websites to extract additional value.

“The cars are really the stars,” notes the TADA executive, saying the key is curating new and original material on a specific day via the show platform: “The experience has to be unique and virtual and which has not been seen on a website.”

To attract visitors, the event will be free and actively advertised, including in the show’s home market of Toronto, Canada's largest city, with its metropolitan area of 6 million people.

However, because the event is online, McClean expects to see visitors from well outside southern Ontario, from across Canada and even from abroad, including the U.S.

Also, to mirror how 97% of physical show visitors are with friends and family, the virtual event will offer co-browser technology, enabling up to three friends to see the same view simultaneously. Ghost avatars will walk through the exhibition hall, creating an impression of crowds and reflecting the real-life event’s atmosphere.

Technically, the show will be hosted on the Amazon AWS platform, which has the muscle to host tens of thousands of users plus the displays without crashing. Manufacturers and other partners will embed their creative material within this platform. It will be compatible with desktops, laptops and tablets.

The show system will allow manufacturers to refer inspired consumers looking to explore purchases to dealers, who since the onset of COVID-19 have been developing virtual systems to sell vehicles.

For TADA, throwing what could be the industry’s first major virtual auto show could yield its own financial benefits through licensing. The platform could be sold to other dealer and manufacturing associations seeking to stage their own virtual events, predicts McClean.

“We’re not serving up an advertisement,” he says. “People are willingly engaging with your brand.” And that means sales.

Sponsored Content
eBook: 16 Rules and Regulations Your F&I Department is On the Hook For
Dec 03, 2020