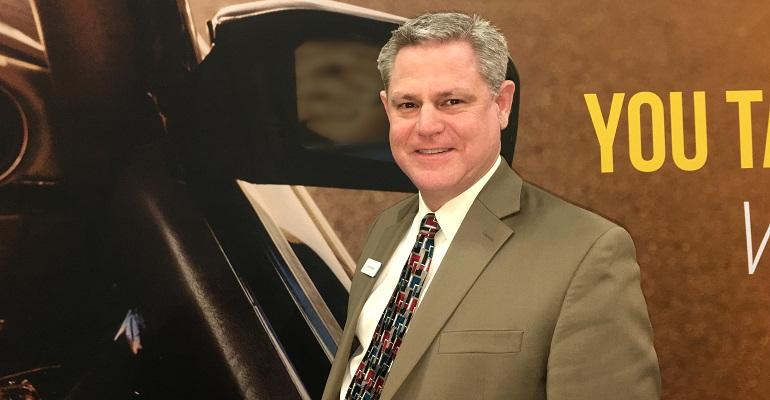 “I learned a lot about the antitrust process,” Colson says. “It was expensive to learn about it.”
Dealers

Auto/Mate Chairman Recalls Crash Course on How the FTC Works

In a Wards Q&A, Auto/Mate Chairman and CTO Larry Colson talks about the doomed CDK-Auto/Mate deal and its aftermath.

Larry Colson taught himself to write software codes at age 14. He went on to earn a computer engineering degree from the University of Illinois. But last year, he got an unexpected education in federal antitrust practices.

Colson, 52, is chairman, managing partner and chief technology officer of Auto/Mate, a company that specializes in dealership management system software and other digital products for car dealerships.

In 2018, dealership information technology provider CDK Global was finalizing the announced acquisition of Auto/Mate. But the Federal Trade Commission stepped in, declaring its intention to block the Goliath-and-David deal. CDK and competitor Reynolds & Reynolds dominate the dealership IT marketplace.

In a Wards Q&A, Colson talks about the doomed deal, its aftermath and how he became involved with Auto/Mate in the first place. This is an edited version of the interview.

Wards: Can you talk about the CDK-Auto/Mate no-sale?

Colson: What I call the CDK experiment? The only reason we were interested in putting ourselves up for sale is our bankers encouraged it. They said, “This business is an investment and people are paying top dollar for things like yours.” A little investigation on our part indicated they probably were right.

So fast-forward to CDK. We were close to closing. But the FTC came in and said, “We want to investigate this thing.” We were concerned about that delay, that it potentially could cause employees and customers to leave. We thought, “This could be ugly.”

As it turned out, sales (initially) did drop. We expected that. No one wants to buy from a company if they’re not sure what’s going to happen to it. But we didn’t have any employees leave, except for one salesperson who had just started and got spooked. And no customers left.

After its investigation the FTC put the kibosh on the sale. That was in March of 2018. They left us with a document that said they basically believed Auto/Mate was the only real competitor to CDK and Reynolds & Reynolds. I’m not sure I would have even said that.

Wards: It must have been nice to hear, anyway.

Colson: It was. They said we had innovation and low costs and we’re a disruptor.

Colson: No. I learned a lot about the antitrust process. It was expensive to learn about it.

Had we chosen to fight, the FTC would have had to sue us. They can’t just say it’s not going through. They sue. If they prevail, a court issues an injunction.

But we followed up with Brian MacDonald (CDK CEO at the time) when it became obvious the FTC was going to (legally oppose) the deal. We said, “We’re not going to fight this. We’re done. We’ve spent enough money and time. We tried.”

Wards: Were you expecting the FTC to step in like that?

Wards: Let me reword the question, because obviously if you expected the government opposition in the first place, that would have affected your pursuit of the sale. Did you think FTC’s involvement was within the realm of possibility, or a normal thing under the circumstances?

Colson: We didn’t think it was. I started to get nervous because normally they have 30 days to review, and they asked for another 30. Literally hours before closing, they said they were going to do what’s called a second request. That’s a nice way of saying, “Give us everything in your company and let us rummage through it.”

Even up to the last month before their ruling, we thought it was going to go through. But it became obvious the FTC felt CDK was buying from a defensive point of view; that we were having a disproportionate effect on their business.

Going back to your question: Do they normally do that? No. They went that extra step of filing a document. It’s heavily redacted but there’s enough in there where they say all these great things about Auto/Mate. We’ve been using it in (sales) presentations.

Colson: Yeah. The FTC seemed to think we had the secret plan to go after large dealership groups. We didn’t. Whoever comes along, we sell if the product fits. Our mantra has been, “If they think we had the secret plan, we might as well create one.” So, we’re letting larger dealer groups know there is an alternative. Some have expressed an interest. There’s a long way between interest and contract- signing, but now they are looking at us.

Wards: The overall effect of the FTC action hasn’t necessarily been bad for you then? 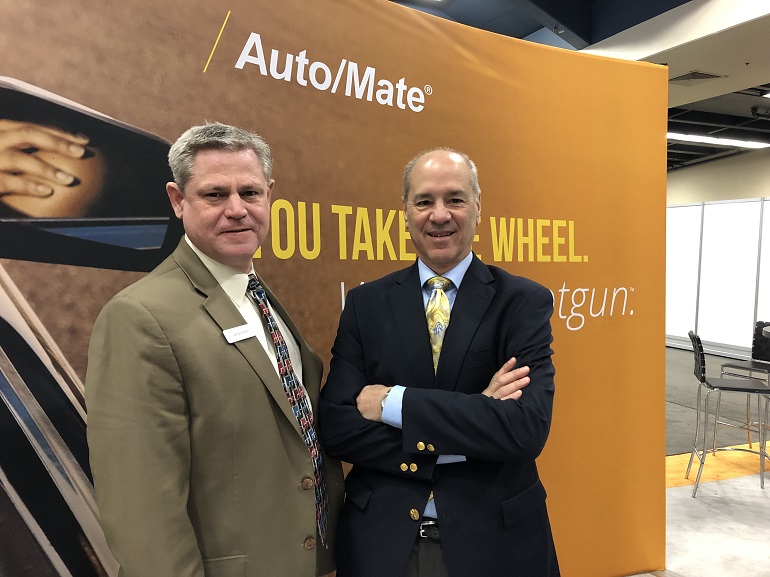 Colson: We prepared for a down year, even though we have never had a down year since we owned the company. That down year didn’t happen in 2018.

Wards: What new technology do you have out? (Colson and Auto/Mate President and CEO Mike Esposito, right, a former dealership general manager.)

Colson: The industry has been talking about paperless for a long time. We are moving in that direction, of streamlining the car-buying process. We have a product out (e-Deal Signature Capture). Dealership customers sign forms digitally. The dealership can email digital deal jackets to customers.

But it’s an option. Some people, like my dad, have no interest in signing something electronically.

Wards: How did you get involved with Auto/Mate?

Colson: I was 16 when I went to work for a guy who was starting an insurance software company in a 400-person town close to me in Illinois. We later formed and sold a real-estate software company. I’ve been working on and off with him for a long time.

One day he called and said, “What do you know about cars?” I said, “Well, I’ve bought a few.” He said, “Go find me a software company to buy in the car space.” I went to the NADA show in 2005. I ran across Auto/Mate. They were small and struggling to grow. The technology was OK, but we can fix the technology. We bought it, and here I am. I love software and I love creating it, though I do less of that these days.

Wards: What do you do more of these days?

Colson: Contracts, business. I still keep my hands in software a bit. I wrote our payroll system and I like to design the form stuff. We have competent people running the company. (Auto/Mate President and CEO) Mike Esposito and I have complementary skill sets. We created a cool company here.