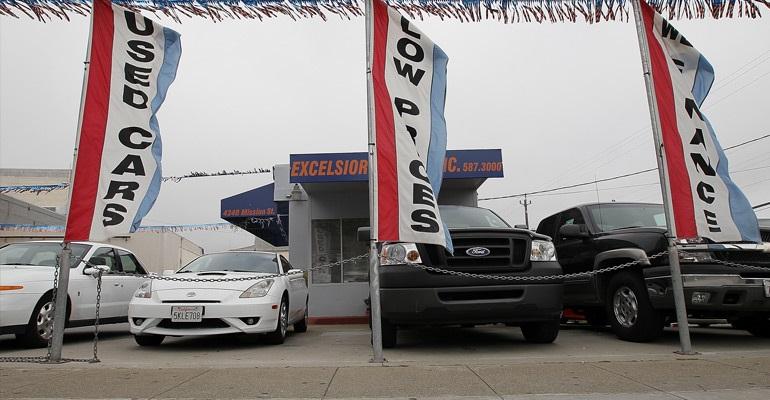 Because the off-lease mix includes plenty of utility vehicles and pickups, many customers are opting to purchase them rather than their new counterparts.

A so-called “tsunami” of 3.9 million vehicles are coming off lease this year and the mix contains waves of CUVs, SUVs and pickup trucks, the vehicles consumers like most. Those segments accounted for about two-thirds of last year’s light-vehicle sales, according to Wards Intelligence.

Because the off-lease mix includes plenty of utility vehicles and pickups, many customers are opting to purchase them rather than their new counterparts.

“If you can buy a 3-year-old CUV that’s $10,000 to $15,000 less than a comparable new CUV, that’s attractive to a lot of shoppers,” says Zohaib Rahim, Cox Automotive’s manager-economic and industry insights. “It’s a great price for not that old of a unit, and it’s the type of vehicle consumers want.”

Until recently, shoppers of off-lease vehicles typically settled on passenger cars because so many of them were in the mix. Those vehicles had been bought new two or three years earlier – before the CUV craze caught on.

That’s changed. “We will see a lot more CUVs in the used market,” Rahim says, adding that lease returns are expected at 4.1 million next year and 3.9 million in 2020.

Specific CUVs often compete against themselves in the new and used markets, he tells WardsAuto. That means many cross-shoppers consider buying, say, a used Honda CR-V vs. a new one.

Rahim and colleagues speak at the 2018 Cox Automotive Mid-Year Review held in the Motor City.

Cox’s senior economist Charlie Chesbrough described the “tsunami” of off-lease vehicles hitting the used-car market and their impact on the new-car market.

“Affordability is becoming more of an issue,” he says. “Consumers are looking for an alternative. Used vehicles provide that.”

But, he adds: “We’re not going to see a collapse of the new-car market. We’re not expecting the calamity we saw in 2009 and 2010. The move to used will be more incremental.”

That growing popularity of used cars (particularly 2- and 3-year-old certified pre-owned models that come with warranties) could spur automakers to crank up incentives on new vehicles, he says.

The average cost of a new vehicle currently is $35,628, says Michelle Krebs, executive analyst for Cox’s Autotrader buy-sell website. The average incentive is 10.5% of MSRP.

“The big question is, how disciplined will automakers be” when it comes to incentives, she says. “We’re seeing leasing prices up, but they are being incentivized. We’re seeing a lot of (incentivized) deals to keep customers loyal.”

U.S. new-vehicle auto sales are expected to come in at 16.8 million units this year compared with 17.1 million last year. Used-vehicle sales this year are expected to reach 39.5 million, up about 100,000 units from 2017, Rahim says.

“The used-car market directly affects what happens on the new-car side,” he says.