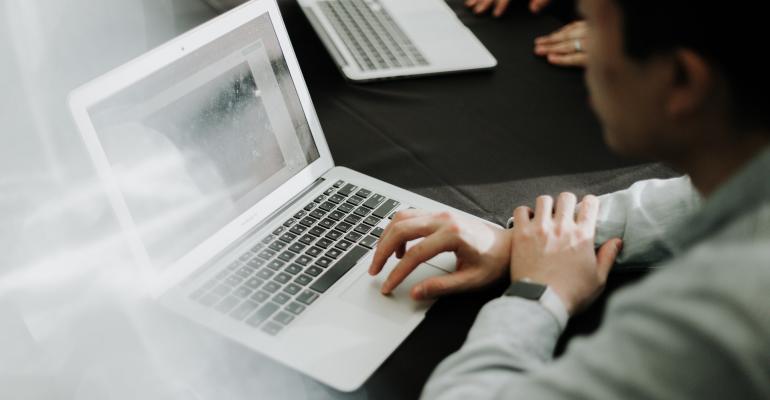 Asbury Automotive Group claims a win in the race among the nation’s biggest new- and used-vehicle retailers to provide a complete, end-to-end, online purchase channel with no need to get offline to engage the dealership in person, via fax or by FedEx.

“This isn’t an estimate. This isn’t, ‘Hey, come into the dealership for an appointment.’ This isn’t anything other than, this is a real approval, from a captive and from a lender, with real rates, real down payment, real term. I repeat: this is real, right?” he says in a Dec. 2 online presentation.

At the same time, Asbury announces an ambitious five-year growth plan to add $12 billion in annual revenue by 2025, as follows: $2 billion in same-store productivity improvements, such as greater service retention; $5 billion from Clicklane; and $5 billion from acquisitions.

Initially, Asbury’s first priority is to roll out Clicklane in markets where the chain already has brick-and-mortar new-vehicle stores, probably by the second quarter of 2021, says David Hult, president and CEO.

Strategically, as “more of a Phase Two,” Clicklane also potentially provides Asbury with a way to profitably break into major markets where it presently has no brick-and-mortar new-car dealerships. In a phone interview, Hult cites Phoenix as an example.

“We don’t have anything in Phoenix,” even though it’s a metro market with 5.5 million people, Hult says. That’s enough of a critical mass where Asbury hypothetically could roll out Clicklane to sell used vehicles-only online, with physical support from a delivery center, as opposed to fully equipped brick-and-mortar dealerships, he says.

‘We Want to Create Scale’

“We’re not looking to sell 400 used cars in Bozeman, Montana,” Hult says. “We want to be efficient, we want to create scale.”

Asbury learned many valuable lessons in four years of developing the earlier version of its online channel, called PushStart, company executives say. Hult estimates PushStart can complete up to 40% of a sale online, depending on the brand. “It was more than a lead aggregator,” he says. “But it didn’t complete the transaction.”

Asbury says none of its competitors can provide a 100% online buying experience, which at Clicklane includes getting a timely, accurate payoff on an existing auto loan; a bona fide offer on a trade-in; a “penny-perfect” price quote on the new vehicle, based on offers from an online marketplace of auto lenders; offers on F&I products tailored to the vehicle’s VIN and customers’ driving habits; and all required documents.

Hult specifically cites Carvana, Vroom and Lithia as examples of competing platforms where Asbury has purchased vehicles and, he adds, none of them could get through the whole process entirely online.

Lithia Motors of Medford, OR, is rolling out its Driveway brand online buying channel. Lithia CEO Bryan DeBoer admits it’s not 100% free of customer “touchpoints” at launch, but the company hopes to achieve that soon.

Meanwhile, Asbury hit a last-minute snag over the trademark on the original name for Clicklane – formerly known as Glovebox. Asbury announced the Glovebox name Nov. 10, with plans to announce details Nov. 16. Instead, after a postponement the new name was announced Nov. 23, with the detailed presentation Dec. 2.

Hult says used-car chain CarMax of Richmond, VA, has an online newsletter for owners it calls “The Glovebox.” Hult says CarMax objected to Asbury’s use of the name. With other competitors working on an online sales solution, Asbury decided to change the name rather than fight over the trademark and further delay launching Clicklane, he says.

“We decided not to get tied up in litigation,” Hult says. “Because the name wasn’t as important as the product.”