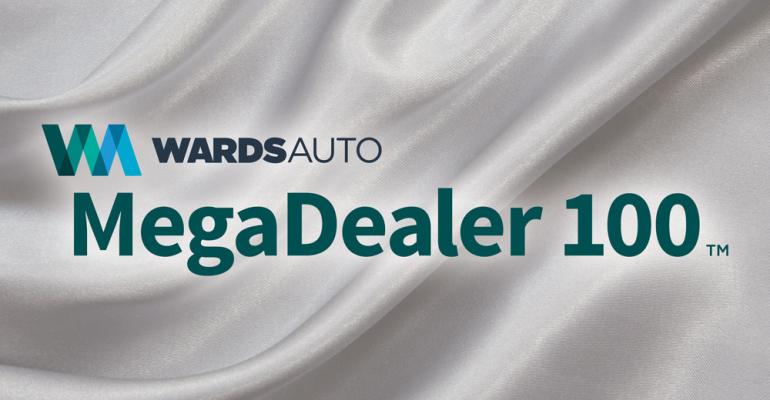 Who’s on the WardsAuto Megadealer 100, Who Isn’t

Yes, there was the occasional jostling of positions across the rankings, but it was minimal in the top 25, and even less so within the top 10.

The main observation of this year’s ranking is also a kind of trick question: What’s missing?

Here’s the point. If you look to the list as a strict barometer of the industry’s health, you would believe there is a decline. The combined WardsAuto  Megadealer 100 revenues were $192 billion in 2014, up to $206 billion in 2015.

But in reviewing 2016, revenues declined to $194 billion. In reality, however, the industry is just fine. The main reason for the decline is that CarMax, (with its approximately $16 billion in revenue) chose not to report this go-around. The used-car megadealer had been a regular participant in past years.

Also missing in action is Berkshire Automotive, which was formed after Berkshire Hathaway acquired the Van Tuyl dealership group that regularly had ranked in the top 10.

Numbers submitted to WardsAuto are not independently audited. Additionally, they are voluntarily submitted, with many dealer groups unwilling to share data.

It makes year-to-year comparisons difficult. But there are consistencies.

Among 51 consistent and complete reporters (click image at left to see who they are), revenues were up 7% in 2016. While this trails 9% from the year before, it still is a healthy indicator.

One factor borne out by the numbers presented by the 51 dealers is a continued emphasis on and growth of fixed operations.

While fixed ops traditionally are considered the true bread and butter of dealership profitability, the emphasis on the growth of this side of the business often can be lost in booming sales years such as 2016’s record-setting 17.5 million units.

The largest increases within the dealerships have been in service, parts and accessories sales, which jumped more than 9% in 2016, compared with the 6% hike in new-vehicle sales revenue.

It seems as if many publicly owned groups only increase revenues through store  acquisitions. With the 51 consistently reporting groups on the WardsAuto Megadealer 100 reporting growth of more than 7%, only one of the public groups did.

Of those 51 megadealers, 19 had no change in their store count from 2015 to 2016. As a group their revenue increased by nearly 5%. That shows impressive organic growth.

Here are a few notables that would have made the list had they chosen to report:

Forecasting can be tricky, but here are a few predictions.

With the environment ripe for large transactions, this will be quite an active year for mergers and acquisitions.

We have seen some large-sized transactions in recent years, but with the apparent plateauing of the industry, rising interest rates and what appears to be a beneficial tax rate on the way, many dealers who have been on the fence the last few years will be cashing in this year.

Blue-sky multiples have managed to stay high, supported in part by private-equity groups working to snag up larger groups. Banks have been aggressively lending to support acquisitions.

We may see one to two private-equity groups go public this year, trying to take advantage of the market’s appetite for such ventures.

One way or another, expect more shifting or changing of positions in the next WardsAuto Megadealer 100 than has been seen in prior years. So stay tuned.