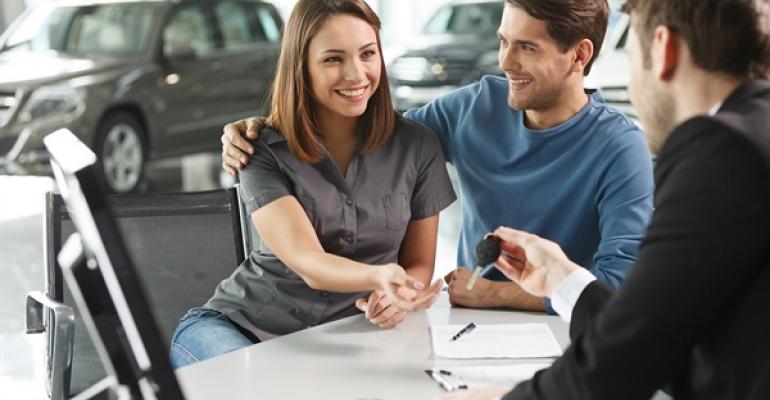 A digital excellence study by marketer Auto Trader finds 37% of consumers scored the automotive sites a nine or 10, placing the sector above the cross-industry average of 35%.

The U.K. automotive sector is outperforming a variety of comparable industries in online communications with its customers.

A digital excellence study by marketer Auto Trader finds 37% of consumers scored the automotive sites a nine or 10, placing the sector above the cross-industry average of 35%. It finished in third place, behind the finance and travel sectors, both with 38%.

The survey is based on 40,000 reviews from 10,000 consumers who rated 145 websites of leading brands across 10 comparable industries.

“We’re thrilled to see the automotive industry perform well against other sectors, especially when it comes to trust, something which is so vital to the success of today’s dealers,” Nick King, director-insight for Auto Trader, says in a statement.

“The automotive sector should strive to become the benchmark in digital excellence for all other industries, and while we have some way to go, we’re clearly heading in the right direction.”

The survey highlighted the gap between perception and reality when it comes to trust.

As previous studies have shown, there remains a level of distrust of car dealers. However, when asked to review the level of trust and transparency of the respective automotive websites, 27% of consumers rated the automotive industry a nine or 10, above the 24% average.

In an accompanying survey of the 10 comparable industries, automotive scored among the top three identified as having the most baffling jargon.

Only financial products (29%) and mobile phones (26%) topped new cars (24%) and used cars (23%) for the amount of confusing language. Finance terms were highlighted as those most often misunderstood by consumers.

“With so much of the automotive industry now dependent on finance, it’s troubling so many car buyers are left confused by its terminology,” King says.

A second study found the biggest pet peeves among consumers when visiting a car dealer’s website are a lack of car photos (47%) no car reviews (38%) and no reviews of the dealership (38%). On the opposite end of the scale, just 10% of consumers claimed that not being able to find a dealer on social media was a pet peeve.

“At a time when car buyers have so much choice, creating a rich, jargon-free digital experience is vital in not only standing out in an increasingly competitive market but also converting a visit to a sale,” King says.

Getting to Know Customers Before They’re Customers
Jan 11, 2016