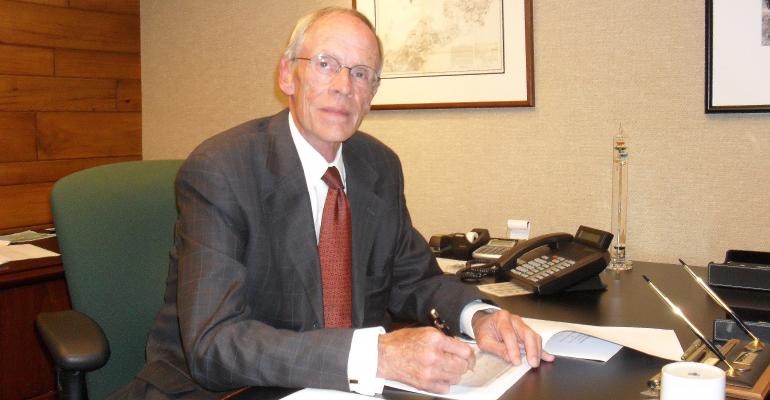 Avoid spending too much getting a car ready for resale. But don&rsquo;t skimp either. And skip looking for service-department scapegoats. &nbsp; I started selling cars in 1968 and the first vehicle I sold, a 1966 Mustang, was used.  I’m not sure if it was at that moment or later, when I became a used-vehicle sales manager, that I first developed a real love for the pre-owned market. I can tell you this though. Through thick and thin, I’ve loved that end of the business.

When I think back about it, it amazes me to think how much this business has and has not changed. Technology in the form of the Internet, inventory management and pricing tools has become available and has affected how we do business.

Yet, arguably our internal and sales processes have changed very little during the past 50 years.

When a used vehicle is taken into inventory, and before it’s officially offered for sale, it undergoes a 4-step process. During a trade walk with the used manager and service manager, a decision is made regarding the next steps which will be taken with the vehicle.

First, does it fit the profile of vehicles we want to sell? Then, what work mechanical and appearance work will be required to bring this vehicle up to the dealership’s standards. How long will that take, and at what cost?

Finally, we establish a retail price point for the vehicle.  Even though the terms associated with these processes might have changed, the basic processes remain unchanged from when I was taught them in the early 1970s.

Why do I take us down memory lane regarding the used vehicle process?  A couple of reasons:

In this particular case, the dealership’s volume and inventory turn had improved, the average vehicle age was much improved and the wholesale losses, in total, had been eliminated.

But surprisingly, the gross per used vehicle retail had decreased, which I had to question. A rather spirited conversation followed.  Can you guess the reason for the decline in the PUVR? It was vehicle reconditioning.

Second, WardsAuto asked me to participate in its online IdeaXchange, which among other things solicits comments and input from its readers.

In my last blog, I recommended that dealers who have seen a decline in their fixed-operation absorption coverage percentage might look to their new- and used-vehicle processes as an aid in correcting this decline. It’s a straightforward suggestion that has proven successful for most dealers who have used it.

Based on my recent management-meeting experience, there was a comment I enjoyed, and found particularly interesting:

“It should now be clear that the old mantra of  ‘salespeople sell from cost, so increasing that cost does no harm’ is a deeply flawed concept, especially now that the Internet effectively puts a lid on what one can ask for a pre-owned vehicle. Price it too high, and you receive no page views. At some point, dealers might figure this out. Dale Pollak certainly has.

I can empathize with and appreciate this comment, but, respectfully, I generally disagree.

In many cases, in order to accommodate market-dictated demands, dealers have created a lower internal labor rate on lower-priced/higher-mileage vehicles. In many cases, parts needed for these vehicle repairs are purchased from independent sellers such a NAPA and Pep Boys.

On the more traditional used-vehicle inventory, most dealers have set their labor rates and parts at retail. I know for a fact that discounts on this work are offered in certain required situations.  One of the concerns I hear from service and parts managers is that they are willing to help the used-vehicle department when possible, but, all too often, the exception becomes the rule.

In today’s marketplace, there is almost complete transparency for the customer due to online information that provides the ability to compare vehicles and prices.

If a dealership has lower than average grosses per used-vehicle retailed, I look at this only as a symptom.

The easy answer, without researching the cause, is that our recon is too expensive, but are there other factors potentially causing this?  We don’t want to miss business at the retail level, so how often, if we want to make the deal, are we forced to put more into a trade than desired?

If we’ve put say $500 more into the trade than desired, when we eventually are trying to retail the vehicle do we remember the $500 additional value we’ve placed on the vehicle?

In other words, instead of trying to obtain a $1,800 gross profit, realize that $1,300 is a good or typical deal due to the initial appraisal decision. Trying to recover potential lost gross from parts and service by skimping on recon or paying a bargain price for recon is not the answer.

There are several reasons to recondition your used inventory in-house. A primary reason is legal liability.

You know a standard process exists and create value with the customer when you explain your processes. The recon work is being performed by certified technicians. In the event of a recall or a parts or workmanship issue, you have someone to handle it expeditiously.

Since you are paying retail for your recon work, your vehicles should receive a top priority. They should have a timing advantage when they come into the shop.

Last argument. Once in a meeting I was moderating, the cost of recon’s effect on the gross PUVR came up for discussion. A high-volume dealer walked to the front of the room and offered the following using a flip chart:

“From experience, the standard used-vehicle inspection process is about 1.5 hours. If your labor rate is $100 per hour, your standard cost is $150.

“Now, let’s say the time required for the inspection is set, but the service department discounts their labor rate by $30 per hour, to $70.”

“The difference in retail and the discounted rate is only $45. Question? How many deals, new or used, have we missed due to $45?”

The room was silent.

Recon pricing is an issue I expect to remain in dealerships until the end of time, but with the dealer facilitating communication between the departments, you may be able to work past this.

Tony Noland of Tony Noland & Associates is a veteran dealership consultant. He can be reached at tonynolandandassociates.com