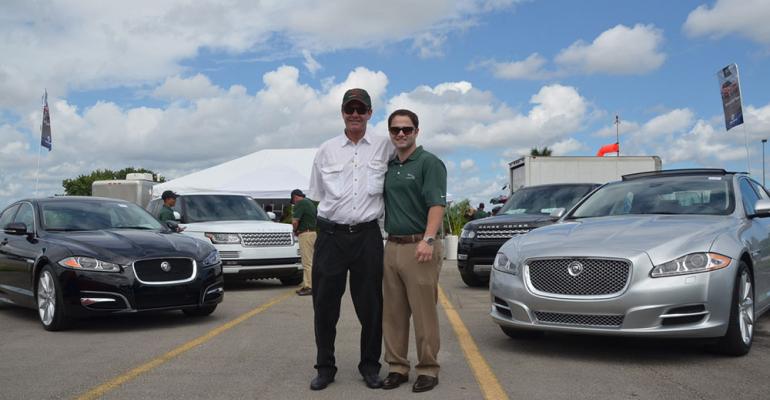 Warren Henry Zinn’s father was the first Toyota dealer in Florida, and the son became a Volvo dealer in 1976 at age 21.

Today, he is the owner and CEO of the Warren Henry Automotive Group in Miami.

His son, Larry Zinn, is general manager of the group which has seven Land Rover, Volvo, Jaguar, Infiniti, and Lamborghini franchises in south Florida. An Audi store in Gainesville is planned within 18 months.

Zinn’s Land Rover North Dade is No.268 on the WardsAuto Dealer 500, posting 2013 revenue of $89.7 million and 1,138 unit sales. It’s impressive for a Land Rover store to make the list, especially considering it’s a niche British brand that almost went bankrupt a few years ago.

“We’ve had some bumps along the way, but we’re back in a position of growth,” Warren Henry Zinn says. “We’ve seen our margins increase dramatically. We opened in 1987 as a start-up Land Rover dealer and the last couple of years have been the best times that we’ve ever had with the Land Rover brand.

“Right now our business is only restricted by the number of vehicles we can get, so we’re in about as good a position as we can be.”

The store hasn’t had more than a 20-day supply of Land Rovers in two years. “When you look at the fact that we think we’re going to sell over 800 new cars this year and running on less than a 20-day supply, that drives profitability,” Warren Henry Zinn says.

A substantial amount of that profit will be invested within two years into Land Rover North Dade’s all-new location on an 8.5-acre (3.4-ha parcel, which will double the facility’s current size.

Just because a customer can spend as much as $184,000 on a new Land Rover doesn’t mean they don’t appreciate a few freebies. The Warren Henry Group offers buyers (except for Lamborghini customers) a year of free dent repair and key replacement, personal concierge service and a complimentary first oil change.

“We try to treat all customers like they’re buying a luxury vehicle,” Warren Henry Zinn says. “The biggest thing we try to avoid is to ever say ‘no.’”

The new Land Rover Evoque CUV is drawing younger customers to the dealership.

“For the long-term prospects of the brand, that’s a very promising sign because we’re getting people in that will grow with the brand,” says Larry Zinn.

“We see people coming in with an Audi A4 or a Mercedes-Benz  C-Class,” he says. “Before, people were trading in other Rovers and bigger luxury cars like a BMW 7-Series. The most trades coming in now are Porsche Panameras, Cayennes, and 911s.”