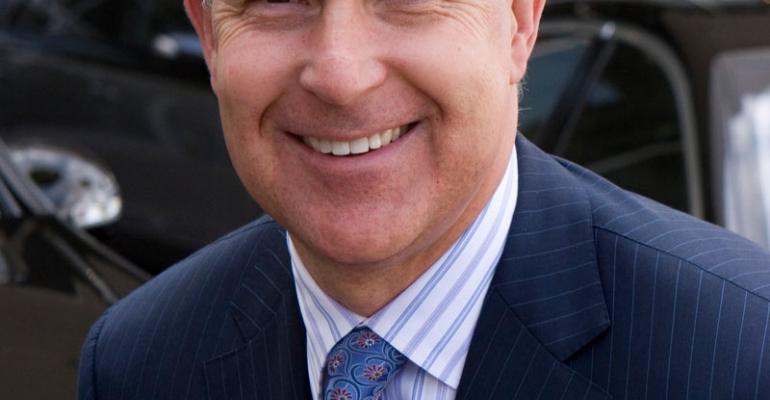 Getting Used Cars Lot-Ready Pays Off

The No.1 dealership on WardsAuto Remarketing 150 makes its pre-owned inventory look like new.

Fletcher Jones Motorcars is fussy about the condition of its used-cars inventory.

The Mercedes-Benz dealership in Newport Beach, CA, spends an average of $3,500 on each pre-owned vehicle to prepare for resale, including inspecting it for structural integrity and ensuring it looks as good as a new car.

“We don’t take any shortcuts,” says Garth Blumenthal, the dealership’s general manager. “We have a very large commitment to taking our cars to a different level.”

Attention to detail, including pricing, is a shared trait among the top performers on this year’s list. Whether selling luxury- or mainstream-brand used vehicles, the dealers approach remarketing with strategies that ensure they get a good share of a vibrant market.

“The used-car market is strong both in terms of sales volume and pricing,” says Alec Gutierrez, a senior analyst at Kelley Blue Book. “It is trending at the same pace at 2011 and 2012.”

About 17,500 franchised dealers and 45,000 independent counterparts operate in the U.S.

After a dip earlier this year, used-vehicle auction values are back up to 2012 levels.

Vehicles coming off-lease are driving the strong market, Gutierrez says. “The off-lease vehicles are the most in demand.”

Leasing accounts for two-thirds of the dealership’s vehicle deliveries. Fletcher Jones doesn’t retail every trade-in that comes its way. It keeps only what it deems the best. “Cars that are not pristine get wholesaled,” Blumenthal says.

Each used unit on the lot comes with an owner’s file containing the vehicle’s entire history. Most of the store’s used-car sales are certified pre-owned units. Those are inspected, reconditioned when necessary and backed by a factory warranty.  Fletcher Jones only certifies cars with fewer than 55,000 miles (88,000 km).

But even at a luxury dealership in one of the richest cities in the U.S., certain things remain the same. “We have to focus on pricing on certain cars,” Blumenthal says.  “We make sure we are extremely competitive in high-volume areas,” such as lower premium C-Class models.

Though leasing is less common among non-luxury brands, the market will see a flood of off-lease Honda, Toyota, and Nissan units over the next few years, according to Automotive Lease Guide, a forecaster of used-vehicle value.

Dealers should be careful of some used-vehicle segments in the future because supplies will increase 20% while demand will remain flat, Dominique says.

Those include minivans as well as fullsize, midsize, compact and small premium SUVs.

Off-lease returns overall will slow somewhat next year compared with 2013, but returns should ramp up in 2015 as the market works past the 2008-2009 new-car sales slump that subsequently caused tight supplies of used cars.

Compared with a few years ago, “there will certainly be a large number of vehicles available for dealers to snap up” in three years, Dominque says.

That’s good news at Joe Machens Ford Lincoln in Columbia, MO, No.5 on the WardsAuto Remarketing 150.

The store doesn’t lease much and certified pre-owned vehicle sales are a small part of its business, says Rusty Drewing, who co-owns the dealership with his father Gary Drewing.

Yet more than 60% of its unit sales involve standard used vehicles. “If an opportunity comes to us to purchase a pre-owned vehicle, we look at it because we can’t get enough used cars,” Rusty Drewing says, adding his dealership looks for vehicles that are “not your run-of-the-mill types.”

He prefers stocking pre-owned vehicles that depreciate enough to create a discernible price gap between new and used units. “I won’t have a pre-owned vehicle that sells for the same price as a new one.”

After the credit freeze of four years ago, lending has loosened markedly, especially in the subprime segment. Lenders will continue to have “great access to funds,” says Webb, and “when you can get people money, you can sell them cars.”

For its big diesel truck sales, Walker Automotive focuses on a particular type of customer. “We are known as the go-to dealership for trucks in this area,” he says.

At the Honda dealership, the used-car manager has “all the tools at his disposal” to offer low prices on specific models, and make sure consumers know about it, Searcy says. “Grosses are a little lower. But volume is way up.”

Besides listing inventory on popular automotive marketplace websites such as Cars.com and Autotrader.com, Walker Automotive invests a lot in its own website to drum up business.

“We don’t buy leads and don’t spend a tremendous amount on search-engine optimization,” he says.  “We spend a lot on Walkerautomotive.com.”

Crucial to using the Internet to sell cars is listing the right vehicle at the right price with attractive photos and creative descriptions, Rusty Drewing says. “From a pre-owned vehicle standpoint, the Internet is your No.1 marketing tool.”

Social media is especially important for attracting new customers. Fletcher Jones has an ongoing dialogue with its clients on Facebook, Blumenthal says. “They allow us to connect with their ‘friends.’”

Auction values remain high after a record year in 2011 and continued in 2012.  Values dipped earlier this year but are back up to 2012 levels, Gutierrez says.  Small cars are in high demand this year, especially redesigned models such as the Hyundai Elantra, Honda Civic and Ford Focus, he says. Small cross/utility vehicles also are in demand, as are midsize luxury SUVs and CUVs. Even fullsize vans are holding their value, and Kelley Blue Book expects that to continue.

Fullsize pickups are doing well on the pre-owned vehicle market but facing pressure from new-model launches, including the ’13 Ram and ’14 Chevrolet Silverado and GMC Sierra.

Though gas prices remain relatively high, used hybrids and electric vehicles struggle to hold their values. At 13.2%, hybrids suffered the steepest depreciation in the first six months of the year.

“This reiterates that consumers are becoming less willing to pay top dollar for vehicles within the used-hybrid market,” Gutierrez says.

Wholesale used-car prices averaged $9,435 in July, down 1.3% from the month before but the same as year-ago, Tom Kontos, says executive vice president and chief economist for ADESA Analytical Services, adding that retail demand cushioned the blow to prices.