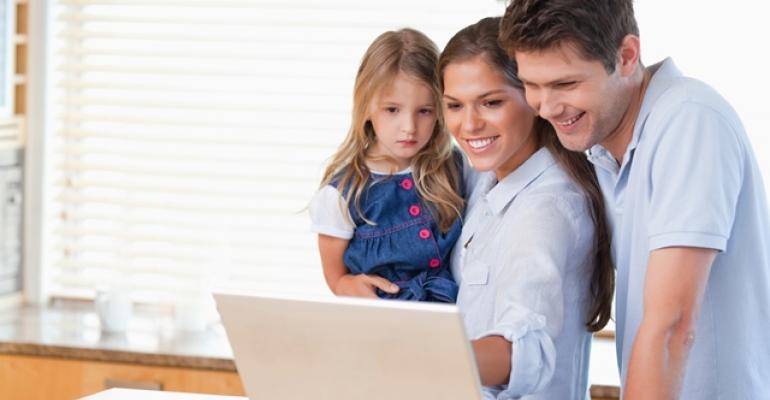 <p><strong>Most people say they like digital car shopping but want to go to dealership, too.</strong></p>
Dealers

Do Vehicle Buyers Want to Go All In Digitally?

The WardsAuto e-Dealer 100 represents a variety of dealers, from single points to multi-state groups.

For instance, 42 of Berkshire Hathaway Automotive’s 81 stores (the former Van Tuyl Group) are on this year’s list, ranging from No.10 to No.98.

Also on the list – yet again – is No.3 Dave Smith Motors. It is located in Kellogg, ID, but dealer principal Ken Smith has built an operation that uses the Internet to sell cars nationwide.

Other regulars on the e-dealer list are the Chapman and Cardinale dealership groups, No.1 and No.2, respectively, this year.

While tallies are a fraction of the 17.4 million new and nearly 15 million used vehicles dealers sold last year, they are more than three times the sales attributed to the Internet that was reported on the first WardsAuto eDealer 100 in 2001.

For the purposes of this ranking, an Internet sale is considered as one in which customer contact is initiated online and a dedicated Internet salesperson or department completes the transaction.

“The e-commerce landscape for dealers has definitely evolved,” says Sean V. Bradley, president of Dealer Synergy, a training and consulting company. His presentation at the 2016 National Automobile Dealers Assn. convention was entitled “The New Internet Dealership.”

“The Internet and phones are the new showroom,” he says, calling that change “dramatic and profound.”

Google says 80% of all transactions, not just automotive, start with a search. “People search for their husbands, wives, pets and medications online,” Bradley says. And certainly cars.

Many dealerships have embraced the modern ways many of today’s customers want to shop, and there’s plenty of best-practice advice. For example, a dealership can move to a “responsive” website design that permits easier navigation on multiple devices.

Another proposed strategy is to set up a business-development center that integrates all the information that comes into the store through digital channels.

But buying a car remains a very individualized activity that thrives on personal relationships.

Though there is no shortage of valuable e-commerce tools and creativity in dealers’ Internet departments, car buying as an Amazon-like experience has not yet arrived. That’s largely because it appears as if dealership customers don’t necessarily want to go all in digitally.

The demand for a full online showroom and Internet-enabled negotiations is small, according to Foresight Research’s recent Dealer Action Report, “Making Digital Work for You,” based on interviews with more than 7,500 recent new-car buyers.

In response to “I prefer an online showroom where I can complete the process without visiting a dealer, with option for online chat with a salesperson if I have questions,” 14% of respondents agreed “somewhat” or “strongly.” That compares with 10% the year before.

Nearly 60% agreed somewhat or strongly with “I prefer the experience of physically visiting the dealer showroom, getting in and out of vehicles and talking to a salesperson face-to-face.” That’s down from 68% in 2014.

About one in four of the respondents indicated they would be happy with either shopping method.

Only 18% said they would prefer an online negotiation process. About half say they prefer to handle that in person.

By looking at Millennials, “we can see the future,” says Nancy Walker, Foresight’s vice president-business development. “They’re starting to make money and cars are more accessible to them.

“They went from 10% to 20% of the purchasing group and they’ll continue to grow. They are a force to be reckoned with in the future, but not tomorrow.”

But because Millennials are such a big group, any steps dealers can take to move toward a virtual showroom and online negotiating would be “resources well spent,” she says.

“Treat the Internet department or the (business development center) as your No.1 profit center, not as a second-rate citizen,” he says, adding “the vast majority of dealerships we come in contact with” mistakenly do the latter.

“Second, the Internet director should be a strong sales manager, not the IT nerd, not the parts manager’s daughter. If you want your Internet department to sell 100 or 200 units a month, you need a strong sales-manager-caliber person.”

Without ample technology and human resources, “you’re not going to reach your potential,” he says. The online and off-line worlds are the same in that respect. “You’ll only get out of it what you put into it.” 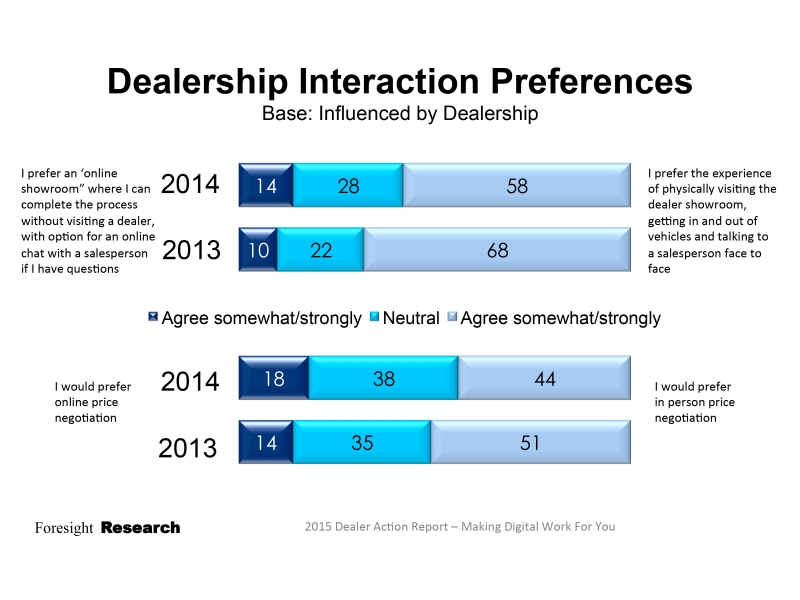