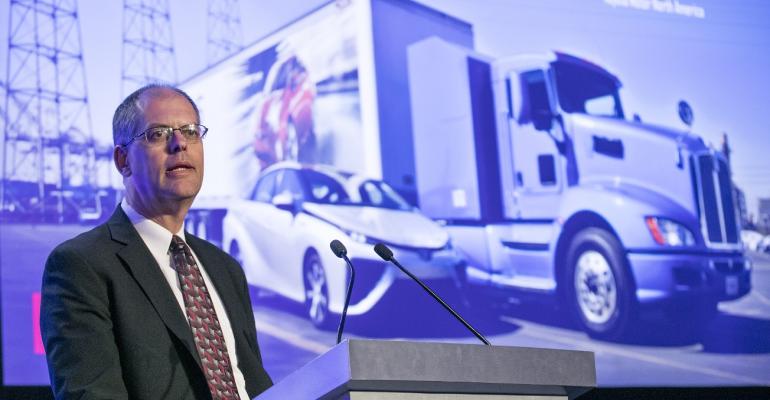 “We believe hydrogen fuel-cell technology is the best clean energy that can be carried on board a vehicle,” says Toyota engineer Andrew Lund. “Batteries are heavy and take a long time to recharge.”

TRAVERSE CITY, MI – The good news is last year, battery-electric vehicle sales hit a new record in the U.S. The bad news is deliveries still were less than 1% of overall sales.

Even so, several of the world’s largest automakers reinforced their huge commitments to electrified vehicles going forward.

Toyota made an especially big splash Monday afternoon at the CAR Management Briefing Seminars here, showing the latest version of its hydrogen-fuel-cell-powered Class 8 commercial test truck, which drove up silently for a photo op with reporters and industry leaders. Only a loud hiss from its air brakes reminded the audience it was a real vehicle.

The new truck is an improved version of Toyota’s first Project Portal vehicle which began operation in April 2017 and has logged 10,000 miles (16,000 km) of real-world testing.

“These pollution challenges are magnified in the areas in ports of Long Beach and Los Angeles. Both have severe air pollution, and health risks are high in that surrounding community.”

Heavy-duty trucks powered by internal-combustion engines contribute to nearly one-fourth of all nitrogen-oxide emissions at these ports and 40% of total greenhouse gases, he says.

The electrification of heavy-duty trucks can help “meet the growing needs of transporting freight globally while reducing the impact vehicles have on local environments,” Lund says.

The State of California has committed $2.5 billion in new funding to help achieve the goal of having 5 million electric vehicles in the state by 2030, including more tax credits, rebates and the development of more charging and hydrogen refueling stations.

Other countries are introducing bans on non-electric vehicle sales as early as 2030, and several automakers have committed to go all-electric even earlier. This global shift to electrification is a core reason Toyoda is working on new solid-state batteries that will make light-vehicle EVs more affordable, Lund says.

By the early 2020s, Lund predicts Toyota will have 10 BEV models which will be sold first in China and then gradually introduced to Japan, the U.S. and Europe. Global sales of fuel-cell vehicles will increase significantly after 2020 to at least 30,000 per year, he forecasts.

By 2030, Toyota aims to hit annual electrified vehicle sales of 5.5 million units globally, including more than 1 million zero-emission vehicles, with many fuel-cell-powered commercial trucks replacing diesel trucks in the 2030s.

“We believe hydrogen fuel-cell technology is the best clean energy that can be carried onboard a vehicle. Batteries are heavy and take a long time to recharge.” 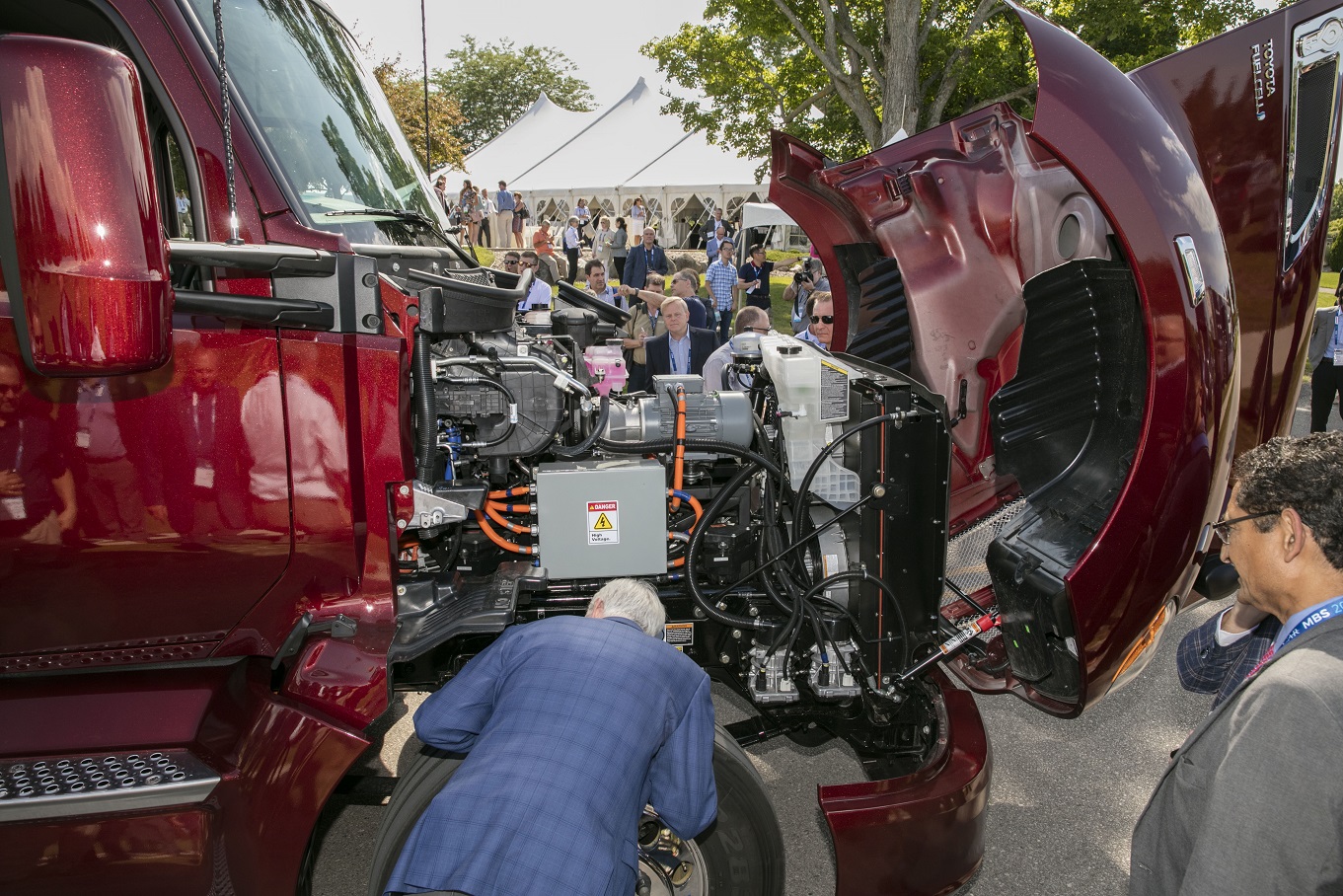